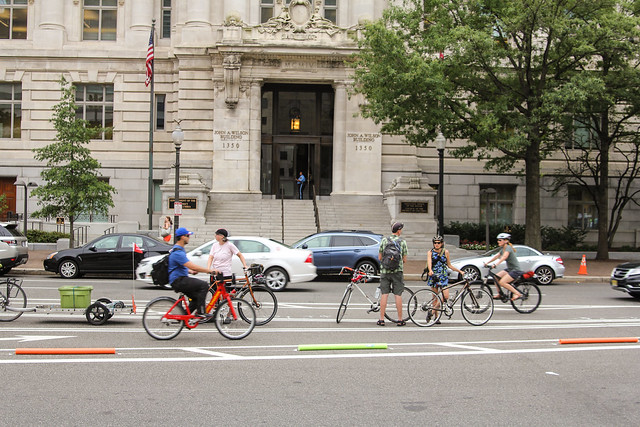 Why doesn’t the DC Department of Transportation (DDOT) protect the bike lane in front of the Wilson Building?

That was the subject of the recent protest, Stop U-Turns on Pennsylvania Avenue. Local cyclists (including me) created a human shield to protect those using the bike lane that runs down the center of Pennsylvania Avenue. While DDOT has installed “park-its” (little  curbs) to discourage drivers from making u-turns along most of Penn, it has declined to do so along the 1300 and 1400 blocks of the avenue.

DDOT says it’s studying the issue. Coincidentally, the 1300 block is home to the Wilson Building and a gaggle of DC Councilmembers, known for their reckless driving and park-anywhere attitude. They enjoy making u-turns on Penn, among other, greater offenses.

It’s dangerous to make a u-turn across a bike lane where people are riding in both directions. There have been three reported incidents of cyclists getting hit by cars just on this block.

The park-its have made a huge difference on the rest of Pennsylvania Avenue, where I used to see cars making u-turns across the bike lane every time I rode it. That’s largely ended, thanks to the park-its.

At the protest, we formed a human shield of about fifty riders to protect the unprotected blocks. We lined the bike lane where the park-its should be. Police officers on bikes and in cars were there to keep everyone safe.

Surely, no driver would attempt to make a u-turn through the protest, right? Hah! Crazed DC drivers aren’t going to let people on bikes get in their way, even with cops all around! I saw at least three illegal u-turns in just thirty minutes, demonstrating a shocking disregard for traffic laws and human life.

Someone even made a u-turn through the protest! There was a ten-foot gap between protesters so the crazed driver nosed his SUV through the line of people and across the bike lane. If you’re this reckless, you should not be allowed to drive in DC. 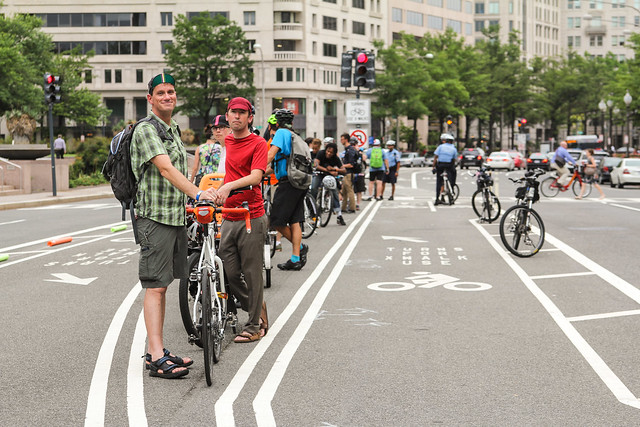 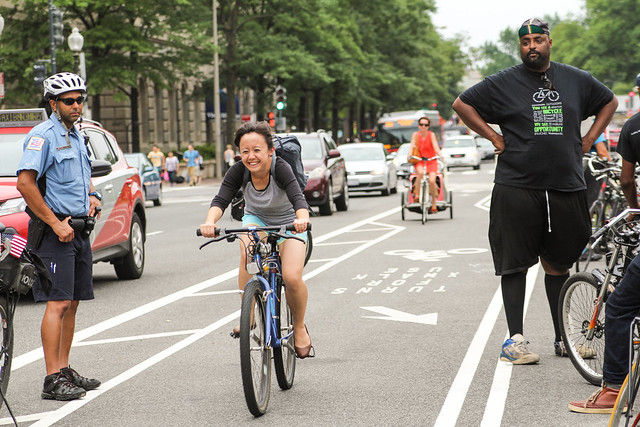 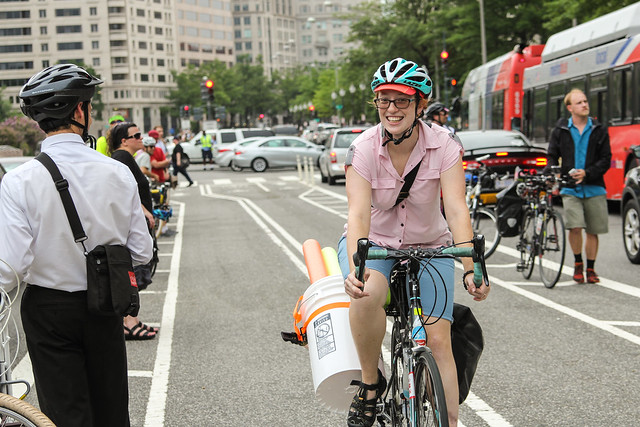 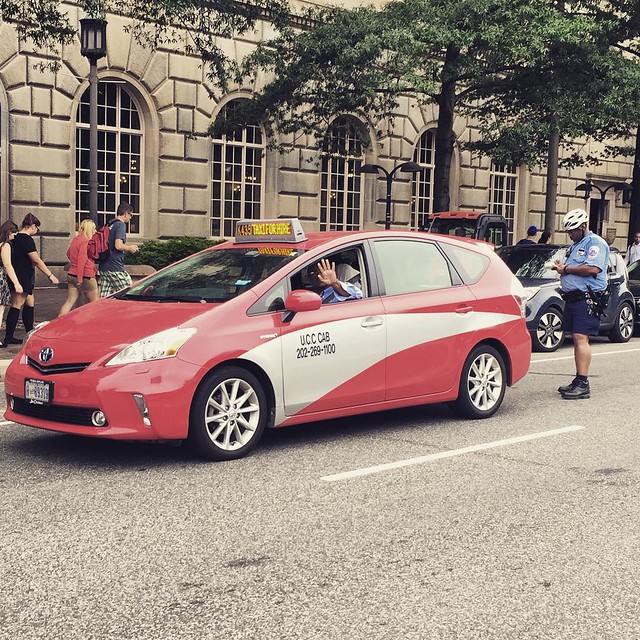 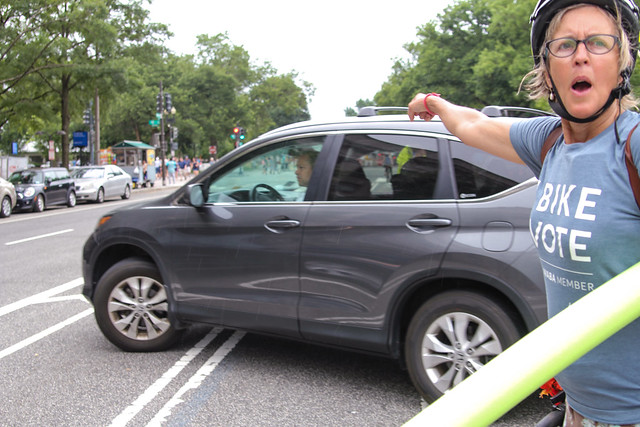 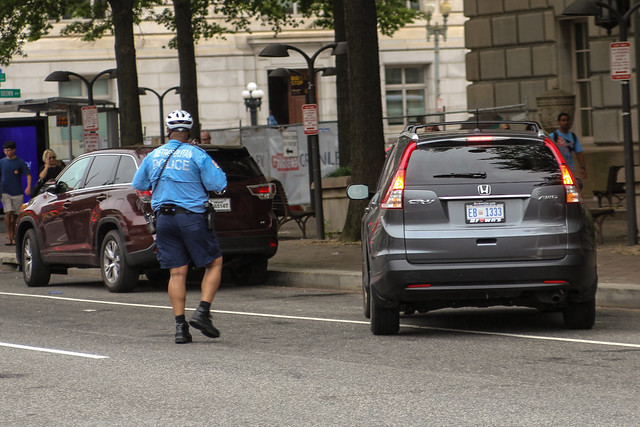