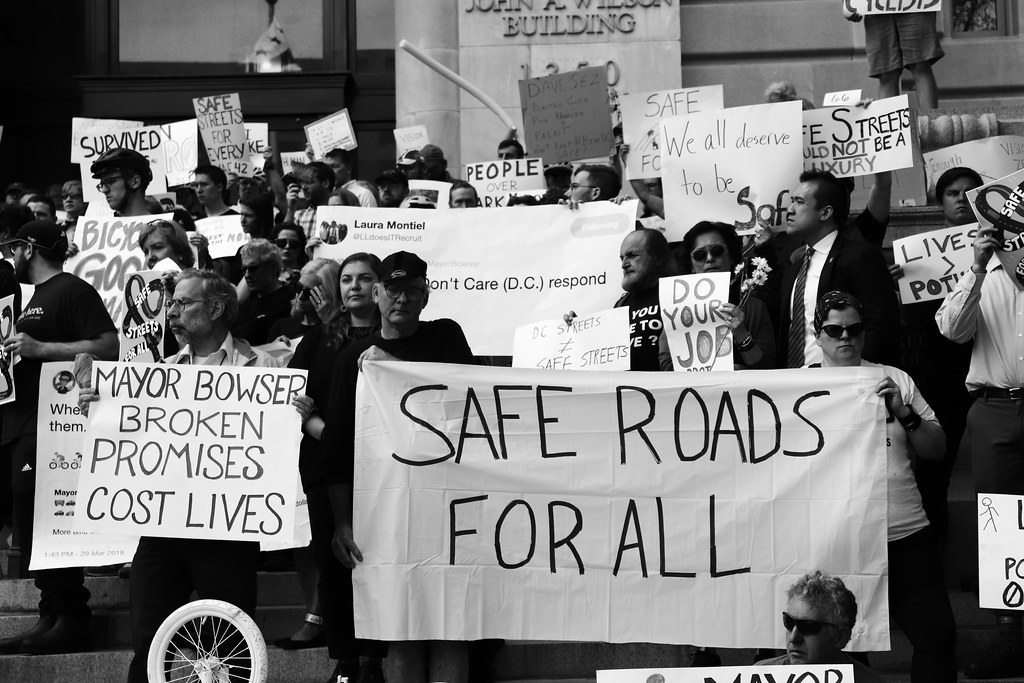 Dave Salovesh was killed by a driver on Florida Avenue in Washington, DC. He was a friend of mine and, like me, a member of #BikeDC, the rolling community of cyclists that call the nation’s capital home.

Following his death, friends of Dave wrote to the Mayor pleading for safe streets. No one should die walking or biking in DC.

My friend Dave Salovesh is dead. It should never have happened. DC has known for years that Florida Avenue is unsafe. DDOT made plans for traffic calming measures to make the street safer and never implemented them.

You now have a chance to do things differently. You have the opportunity to prove that Vision Zero is more than just a slogan. Take dramatic action to prove that this time is different. Radical change is needed for safe streets and only you can make it happen.

I propose that you implement the following over the next 90 days:

1. Shutdown for Safety. Every time there’s a crash with injuries, the street is shut down for 24 hours. This will give DDOT the chance the investigate possible measures to prevent future crashes and underscore the city’s commitment to traffic safety. When drivers and residents see that streets are Shutdown for Safety, they’ll know that the city cares about them. This little inconvenience will send a message that the lives of DC residents are more important than keeping the traffic moving.

2. Declare Portions of DC Car-Free. We’re a European city, designed by a European with a street grid of narrow roads that were never meant for cars. Like leading cities in Europe, the city center should be free of cars. I’d follow the Inauguration street closure plan and close roughly everything between the White House and the Capitol. Imagine being able to stand in the middle of Pennsylvania Avenue and take in the Capitol at sunset without having to worry about being run over.

3. Ban Carsharing. It’s madness to allow a bunch of suburbanites to play taxi driver in Washington, all to benefit some massive corporation in California. Ubers clog the roads and are an environmental and economic nightmare, a predatory company with investor money that is undercutting public transportation. Ban Uber and bring back DC’s taxis.

You can be different. You can be a pioneer among America’s mayors. With these three steps, you can build safe streets and set yourself apart as the Mayor who made a historic difference in the life of the nation’s capital.

The Mayor’s response came a week later and was a form letter to the more than 100 people who emailed her about Dave. And it only came after I confronted her at an event and demanded answers.