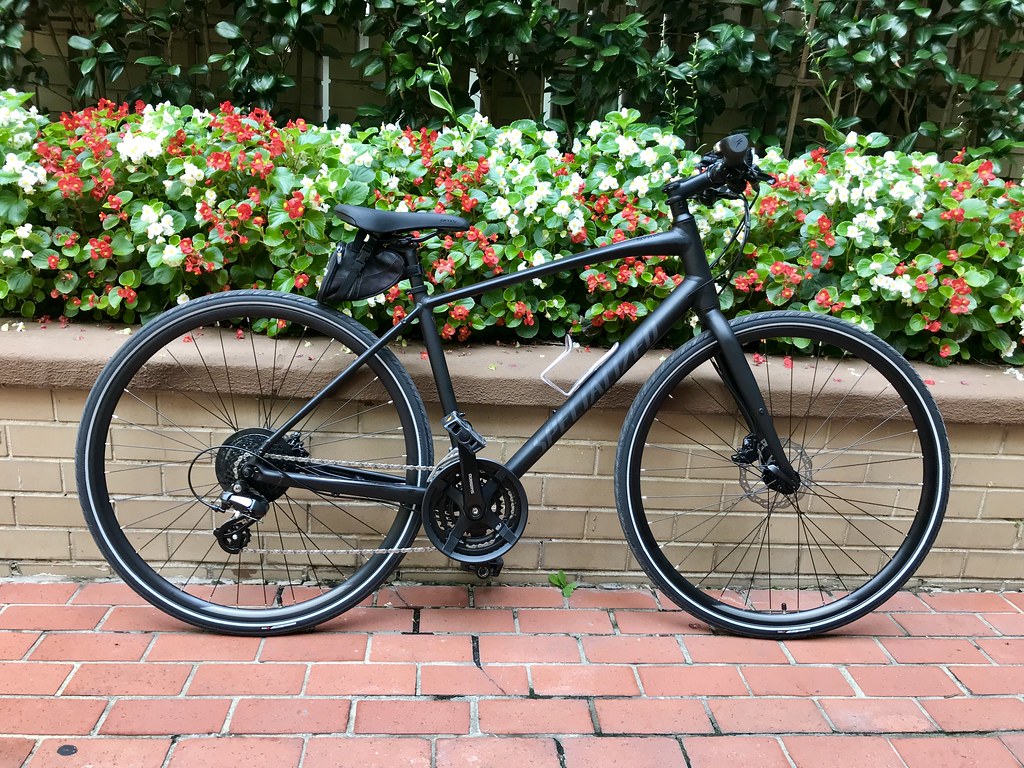 It was time for a new bike.

I knew that my Specialized Sirrus needed some work. The rear wheel was wobbly, the brakes were squeaky and the gears protested when shifting.

Since purchasing it in 2006, I had logged thousands of miles on the bike. Its wheels had rolled down the sands of New Smyrna Beach, climbed the Rocky Mountains in Colorado and performed lots of everyday biking in Washington, DC.

It was way more use than I ever imagined. Bikes don’t last long in DC. I figured it would’ve been stolen or wrecked by now.

But the Sirrus endured, with just some minor repairs and tune-ups.

Until now. Taking the bike into Conte’s for repair, I was not surprised to hear that nearly everything on the bike needed to be replaced. I had ridden the Sirrus into the ground.

Time to get a new bike! I had long anticipated this moment.

I had been looking at new bikes for years, reading websites and checking out other people’s rides. I had tried other bikes, like a Riide electric bike and a Brompton folding bike, but was waiting for the moment when my old bike would fall to pieces and I could get a new one.

I tried the Specialized Sirrus Disc and bought it. Loved the look. The black with the recessed cables is sexy as hell. Could be none more black. Built-in reflectivity in the frame and on the tires makes it more visible than my old Sirrus.

I also wanted a flat bar bike, since I like having my brakes handy in the city.

And the brakes! That was the first thing I noticed as I took the bike around on a test ride around the Navy Yard. The v-brakes on my old Sirrus need to be stomped on to work. It was always a panic stop with them, as you tried to modulate between stopping and flying over the handlebars. In contrast, disc brakes are so smooth and safe.

Also, the Sirrus Disc has slightly wider tires than my old bike, which made it feel much more secure on city streets.

Which is what the bike is designed for: urban rides and fitness. It’s for bike lanes and trails for the semi-advanced rider.

New bike was $625. My bike friends would consider that cheap, while my non-bike friends would find that expensive. Considering I got thirteen years and thousands of miles of transportation out of my old bike, it’s a bargain.

I also got the Conte’s Protection Plan. $60 for three years of repairs is a deal.

The staff at Conte’s moved my bell, water cage, lights, etc… from old bike to new. Then I rolled out on my new bike, leaving my old Sirrus for the bicycle graveyard.

New bike is much faster and smoother than old bike, I noticed as I cruised down Eye Street. It took me past another cyclist as if it had a will of its own.

Fourth Street was a surprise, however. It is notoriously potholed. My old Sirrus had a spring built into the seat; new Sirrus does not so it was a harder ride.

It takes time to get used to a new bike. You need to live with it for a while. But the Sirrus Disc felt right from the moment I got on it.