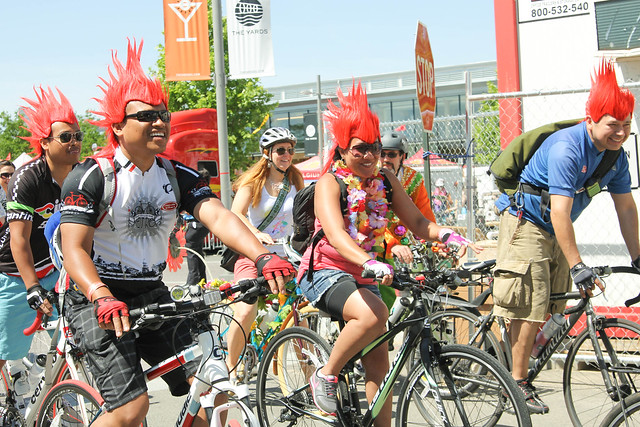 More than 7,000 people descended upon Yards Park in Washington, DC for the third annual Tour de Fat. For those unfamiliar with this unique event, it is a celebration of bikes, beer and fun sponsored by New Belgium, the Colorado-based brewer of Fat Tire.

I’ve attended every year for it brings together two of my great loves: bikes and beer. Here’s what it was like:

Seeing thousands of cyclists on the streets of DC demonstrated the power of the community – biking has arrived. It’s no longer just the preserve of lycra-clad fanatics but, thanks to investments like cycletracks and bikesharing, something that has become normalized. Everyone does it.

Bike safety is something that WABA spends a lot of time on. This means creating an environment where all of us – pedestrians, cyclists and drivers – are safe. At the start of the group ride around Capitol Hill, WABA Outreach Coordinator Nelle Pierson led cyclists in a pledge to bike safely.

I know some of the bike marshals found the group ride a frustrating experience. Leading several hundred cyclists down the narrow streets of Capitol Hill was going to be chaotic. It was a very slow experience as riders bunched up at traffic lights and got stuck behind cars. The city should close the streets to let the ride pass, like they do for 5ks and demonstrations.

But, in the bike jam, you had a chance to talk to your cycling compatriots. And the sight of bikes going around all four sides of Lincoln Park was really special – it was my favorite moment of the day.

Also good: the beer. I’m a simple man. Give me a can of Ranger and I’m happy. Early in the day, getting beers was no problem (more on that later), especially if you used cash instead of credit for beer tokens.

It’s a carnival at Tour de Fat, where the audience is half the show. Not only were people in crazy costumes, but the stage shows all included some element of audience participation. You might find yourself in the middle of a variety act if you weren’t careful. 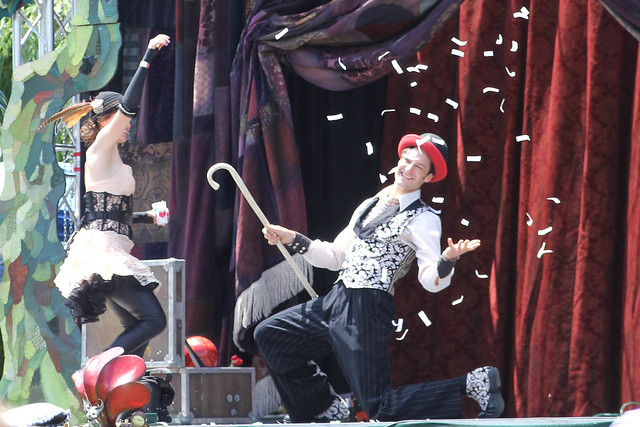 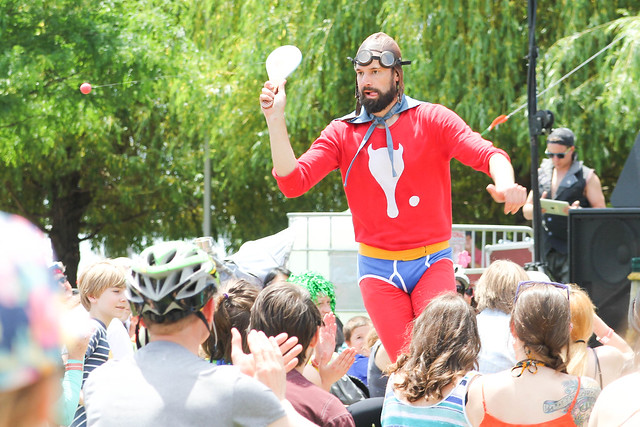 Only two food trucks for 7,000 people? And both of them were pizza? That’s a cruel joke to play upon attendees. And unfathomable in a city known for its food trucks.

Also, the area around Yards Park is relatively undeveloped – Potbelly was one of the few places to eat and the line stretched out the door. I was glad I had a Clif bar in my bag.

Tour de Fat in DC has become a victim of its own popularity. By mid-afternoon, the crowd had been swollen by people from the baseball game and hipsters come to see Reggie Watts. New Belgium had some specialty beers there – I really wanted to try Carnie’s Blood – but there was at least a hundred people in line all day. Lines for food, lines for port-o-potties, lines to buy beer tokens, lines for just about everything except for leftover Bike to Work Day t-shirts, which were available by the score. 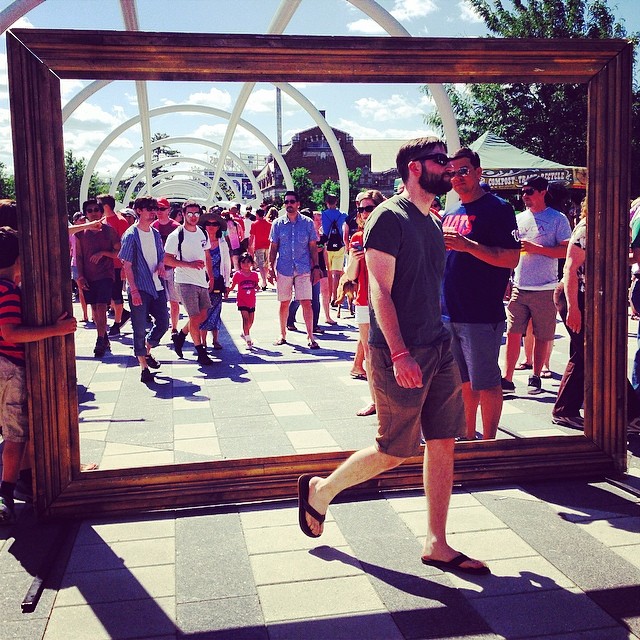 Thank god I had my bike. I escaped.

But what about the volunteers? How were they able to eat if none of us could? Volunteers are the lifeblood of any nonprofit and need to be treated like gold. After all, they’re not getting paid. At the very least, feed them.

It’s a good thing it wasn’t hot, like it was last year. If it had been a 100 degrees, there would’ve been medical emergencies as people passed out from the heat and lack of food.

Plus, people brought kids down there – how are you going tell a kid that he has to wait 30 minutes for a piece of pizza? Tour de Fat is an event only for the most determined and prepared of parents.

That’s my rant. Tour de Fat supports a great cause and you get to drink wonderful beer in the beautiful new Yards Park. But you better be prepared before you go.

Check out the rest of my pictures plus a writeup from New Belgium and pretty photos from BYT.