Until the recent return of the polar vortex, Indian Summer was in full effect in Washington, DC. The delightful mild autumn days were ideal for coffeeneuring (where you bike to seven different coffee shops over seven weeks). It was the kind of weather where you never wanted to go inside, especially with winter looming.

But one can only bike so much. After a while, you have to stop for coffee. For my sixth coffeeneuring adventure, I went to Pleasant Pops in Adams Morgan.

A few years ago, someone told me that gourmet popsicles would be the next food trend to overtake the city. Hah! Only in New York, I thought. Washingtonians aren’t foolish enough to pay $5 for a popsicle. I was wrong. Make it quirky, organic and expensive and people in this city will wait in line to buy it. The upper limit for what DC residents will pay for luxury goods has yet to be discovered.

I did not get a Pineapple Basil or Mexican Chocolate popsicle. Instead, I got a cup of coffee and a chocolate chip cookie (which was delicious and home-made).

I sat outside at a picnic table and tried to finish Lone Star, a history of Texas. Next to me, a couple of women engaged in a humble-brag conversation about their careers. On a Sunday afternoon.

I could understand a chat about finding a job – that’s an important concern. Everyone needs to work. But rapid-fire exposition on the fabulosity of one’s white collar work? I’m sure everyone is very impressed that you met the Deputy Undersecretary but I’m sitting here trying to read my Kindle. 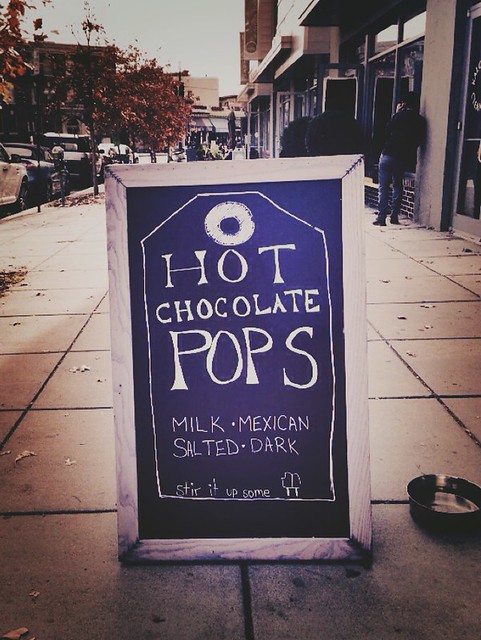 Which is why (controversy alert) I welcomed the shellacking the Democrats received. This city and its $5 popsicles has grown too important in the life of the nation. The American dream should not be to come to Washington and work to influence transportation policy. The American dream should be about writing a novel, starting a company or inventing something new. It should be about creating value, not just skimming off some of the taxpayer dollars that slosh into this city.

Washington should be boring. Government work, while important, cannot be the focus of the nation if we are to survive. Government is possible only due to the economic dynamism of the rest of the country. The ambitious should not aspire to come here.

Washington should be where bureaucrats (like me) quietly read books in outdoor cafes. So, go west, young man. Or light out to Texas. But don’t come here.