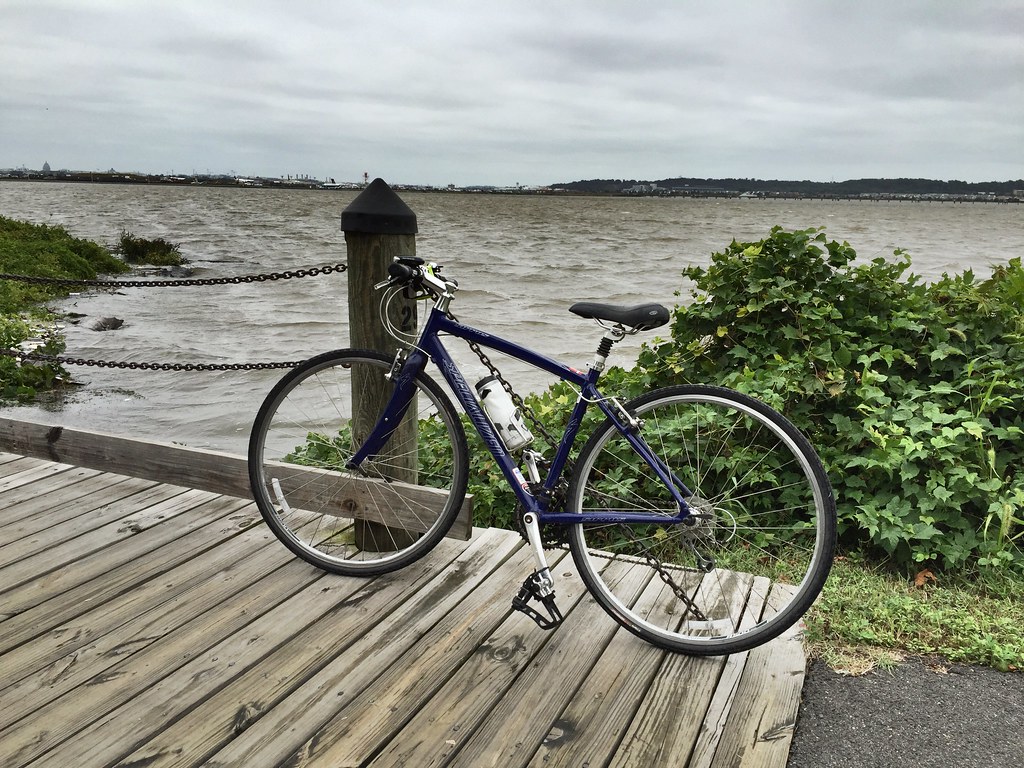 The Coffeeneuring Challenge is where you ride your bike to 7 different local coffee shops from Saturday October 4 through Sunday, November 16. Only the weekends and holidays count. You have to ride at least two miles. And you have to record your adventure.

I coffeeneured even before it was a thing. There’s nothing I like better than wandering the city by bike, off to explore some new neighborhood and grab some coffee. I coffee even during non-coffeeneuring season.

Biking and drinking coffee is a lifestyle for me. My motto: Always Be Coffeeneuring.

Where did I go this year? 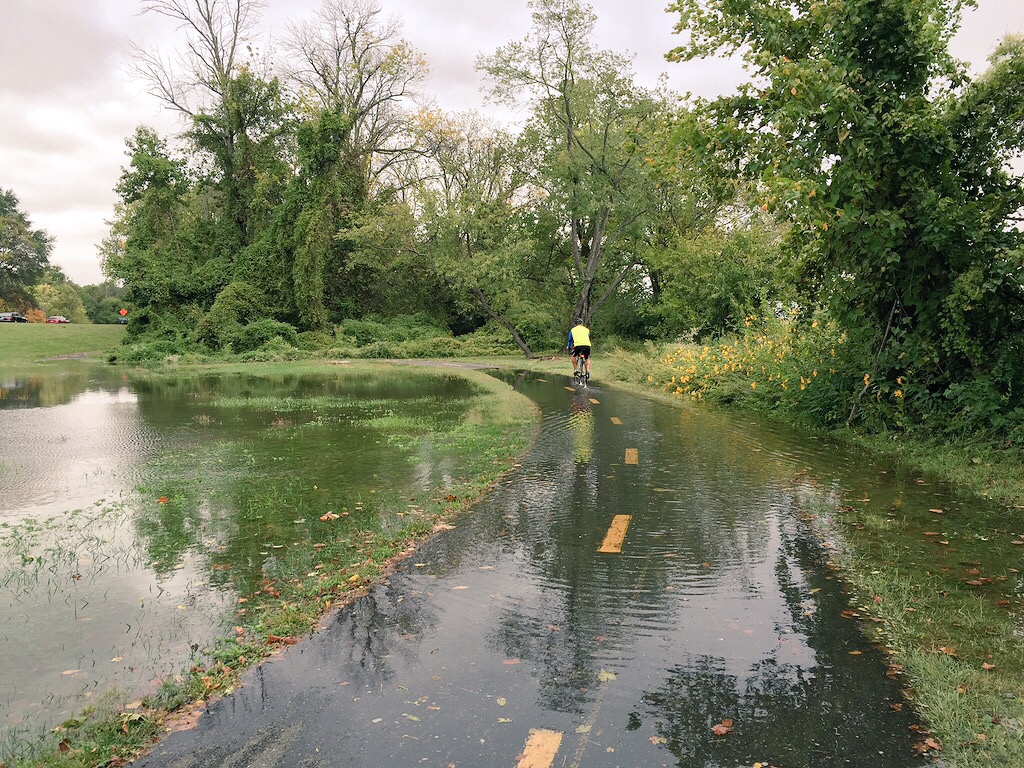 Killer ESP was a disappointment. The cappuccino was fine. It was just that the place was packed with laptop campers and a woman occupying a whole couch with her tiny dog. But at least I didn’t get a $91 ticket for failing to stop at a stop sign. Alexandria is the worst. 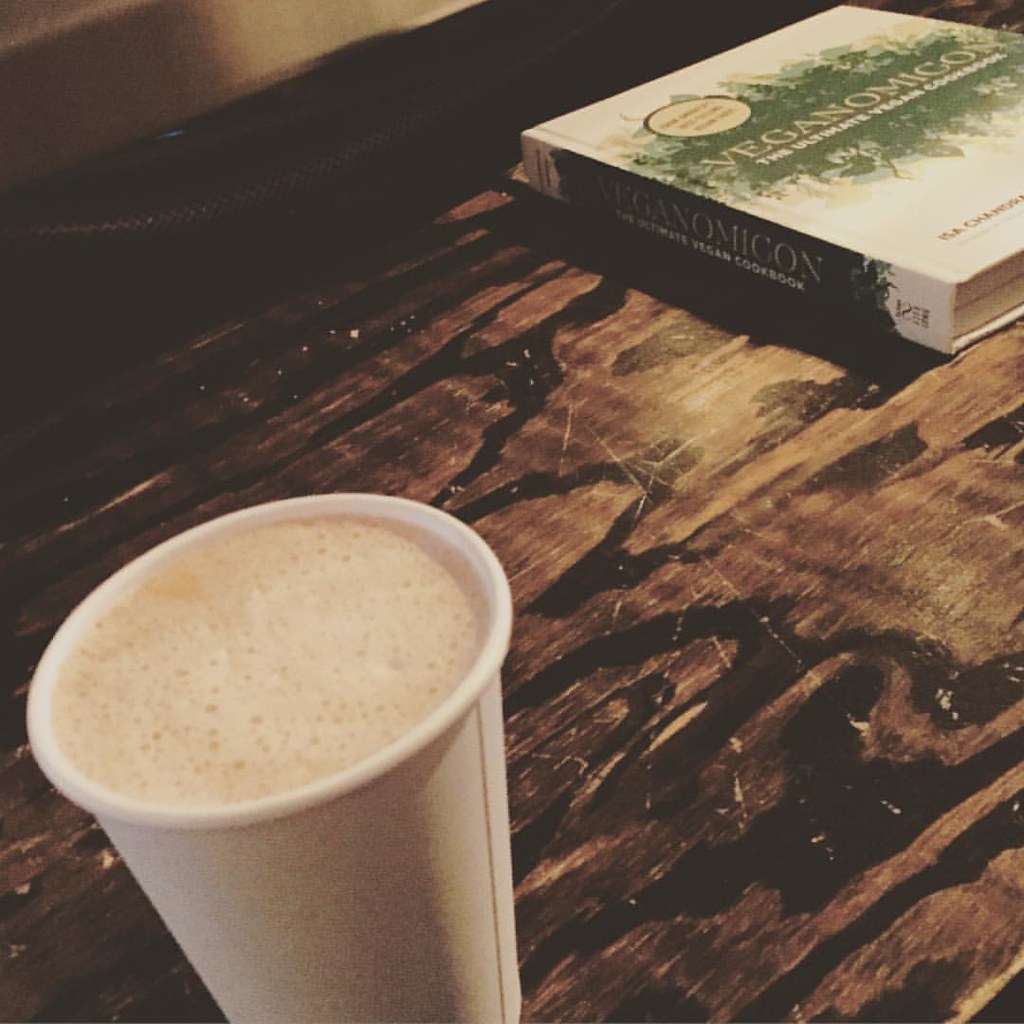 There is no place better to bike during the fall in DC than Rock Creek Park. The trees had just started to change so I rambled over Boulder Bridge and down Beach Drive before returning to have coffee at Firehook. An absolutely perfect fall day. 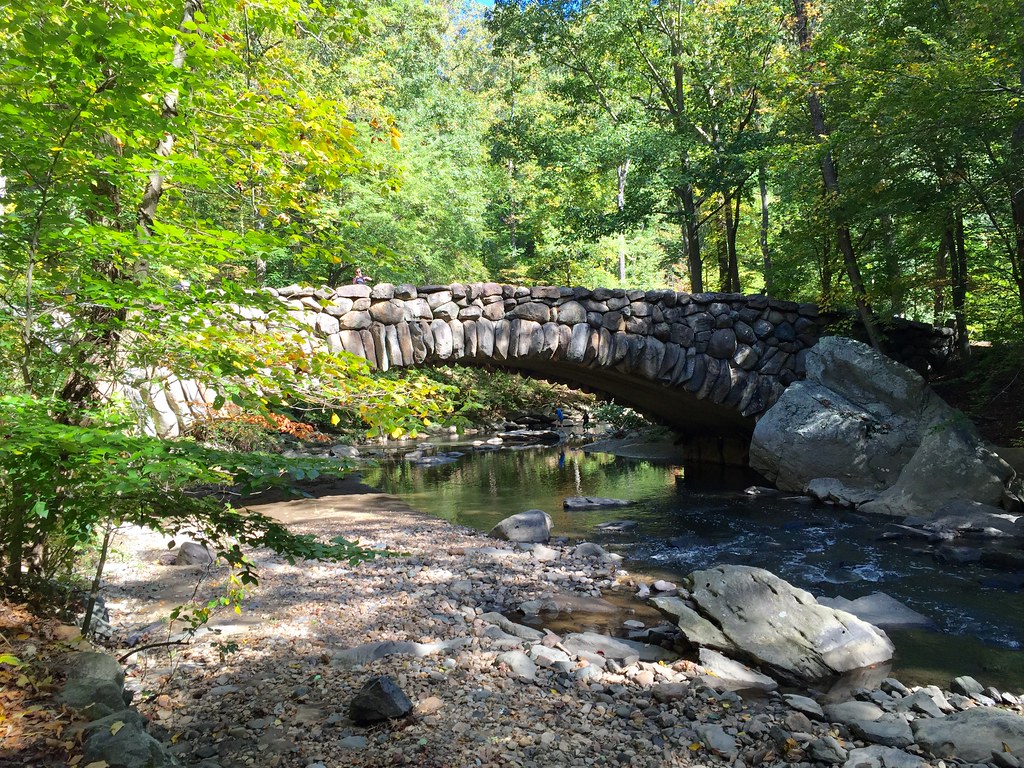 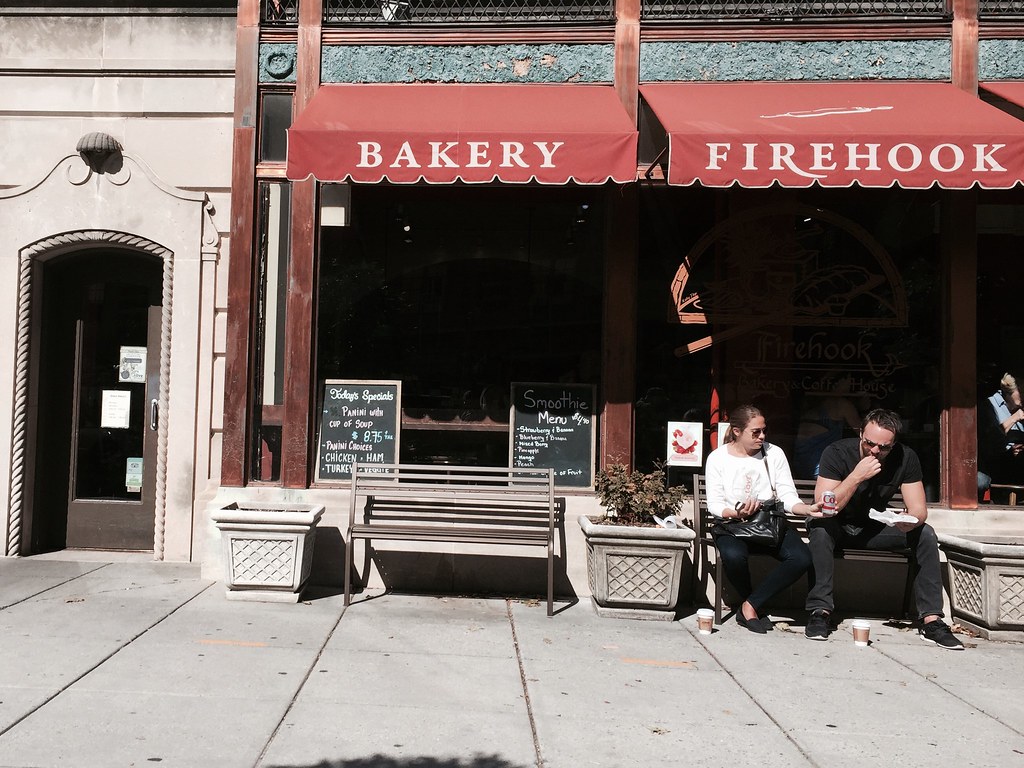 The Coffeeneuring Challenge has all sorts of different rules and provisos. One of them is “Coffee Shop without Walls” where you can make or bring your own coffee. So I loaded up the thermos and headed down to the mall. 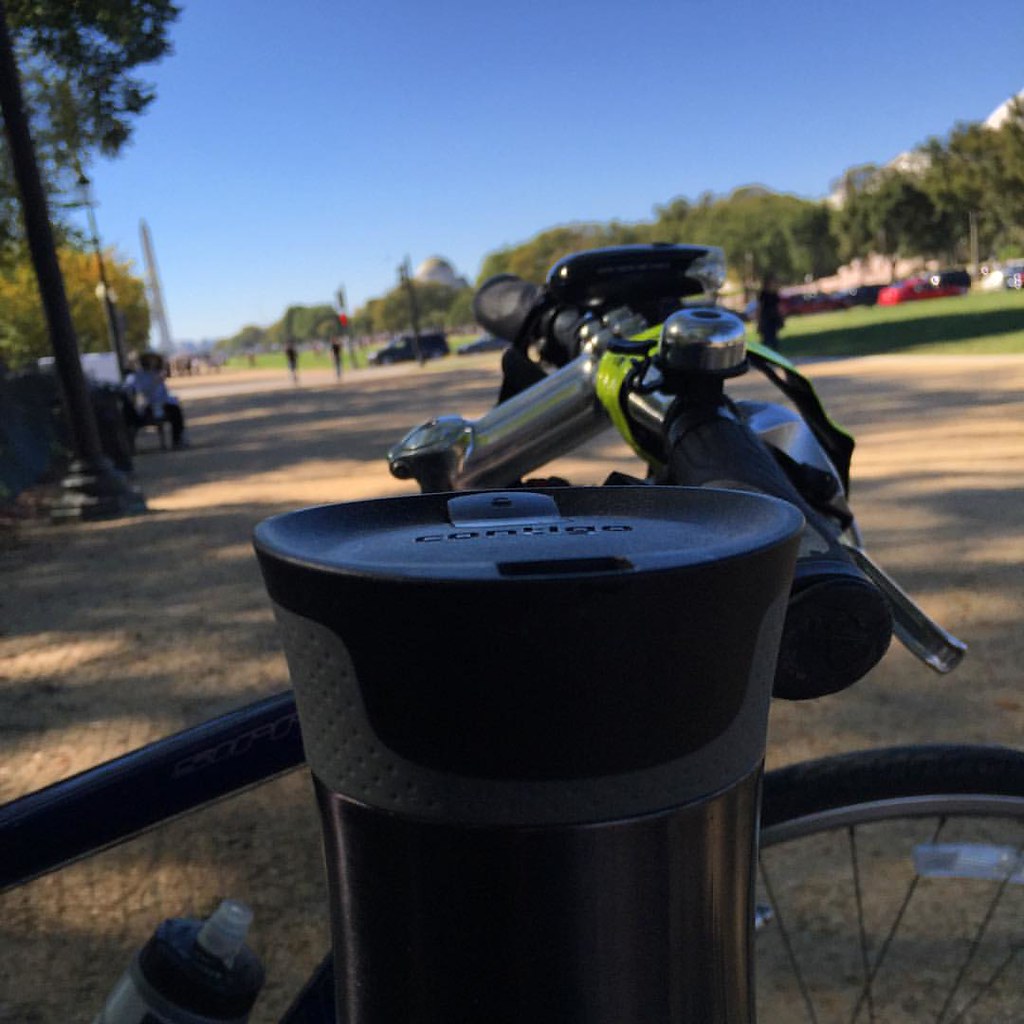 One of the things I like best about coffeeneuring is hearing about new bike routes and coffee places. There’s a Facebook group where coffeeneurs post stories and photos from their adventures. A fellow coffeeneur had mentioned Lot 38 by the Navy Yard so I went to check it out. On the way back, I went for a spin around Capitol Hill. Sunday afternoons are a very quiet time to ride around the city, especially when the Redskins are playing. 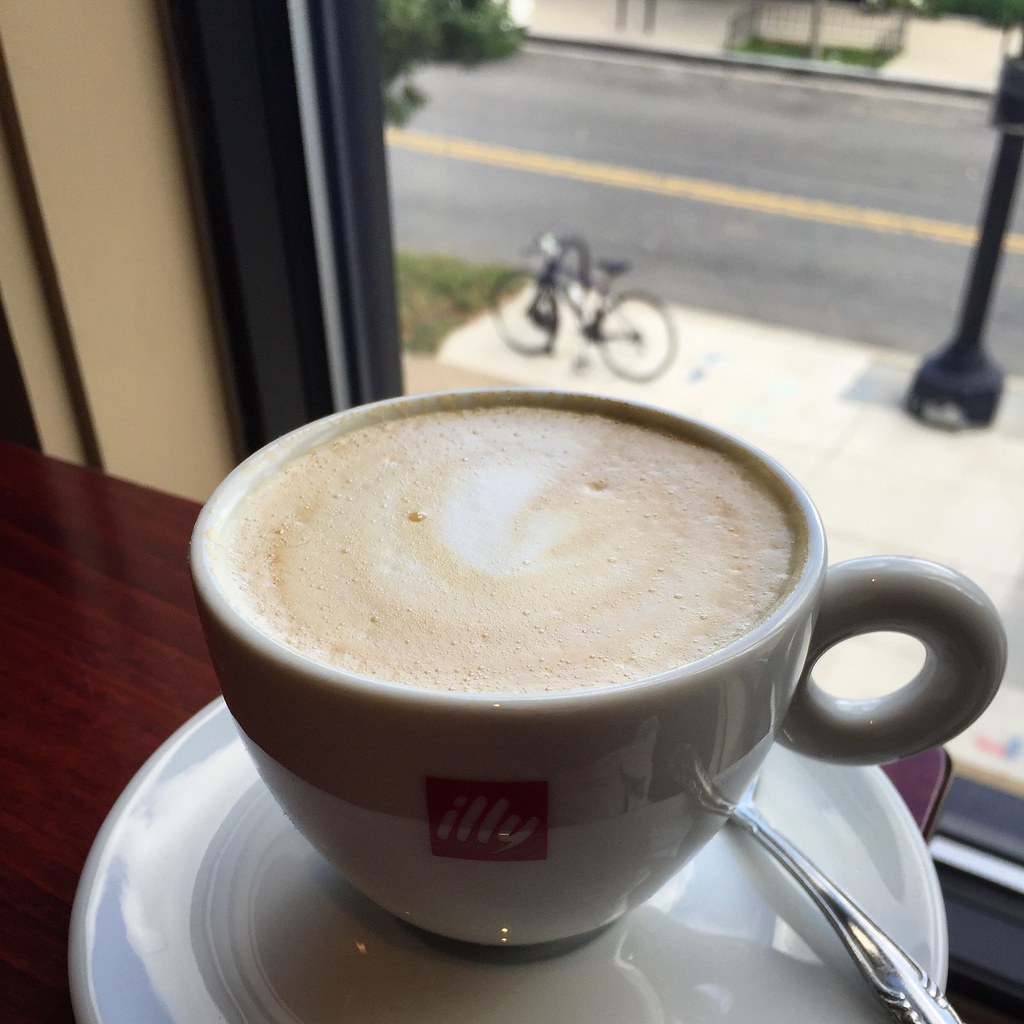 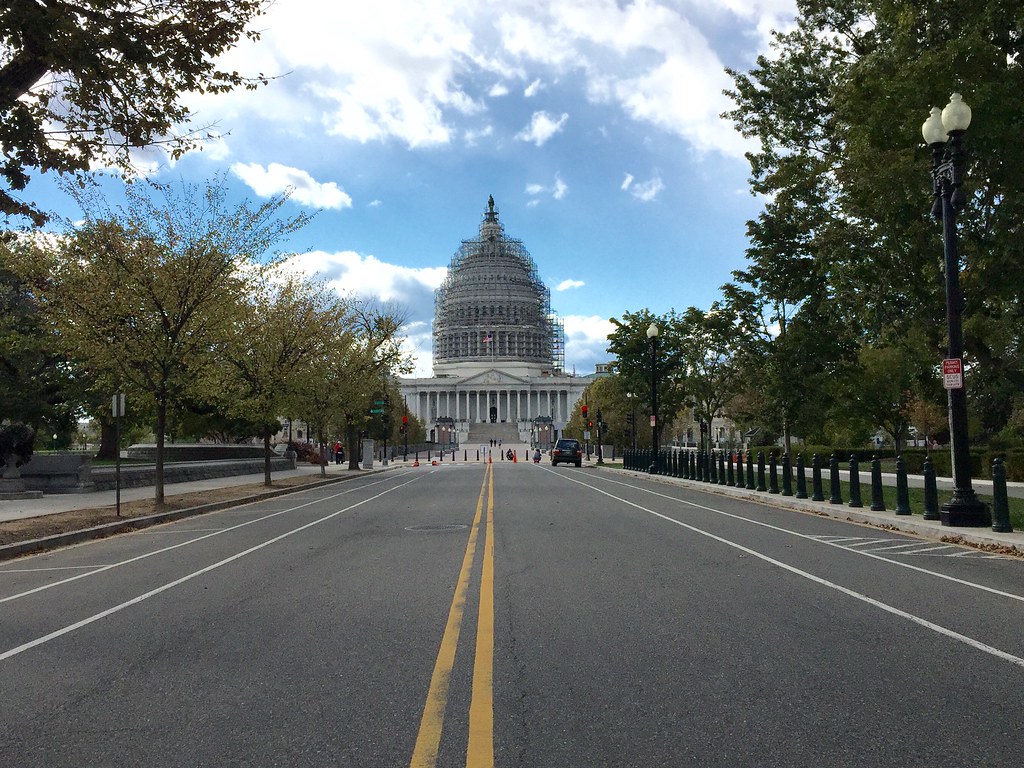 Coffeeneuring gets me out of the house and off to new adventures. It was a rainy and wet Sunday morning. But I had coffeeneuring to do so I biked up to Room 11 for a biscuits and bacon. Then I wandered through Petworth to the Old Soldier’s Home (never been there before) to watch cyclecross (never seen that before). Looked like fun! 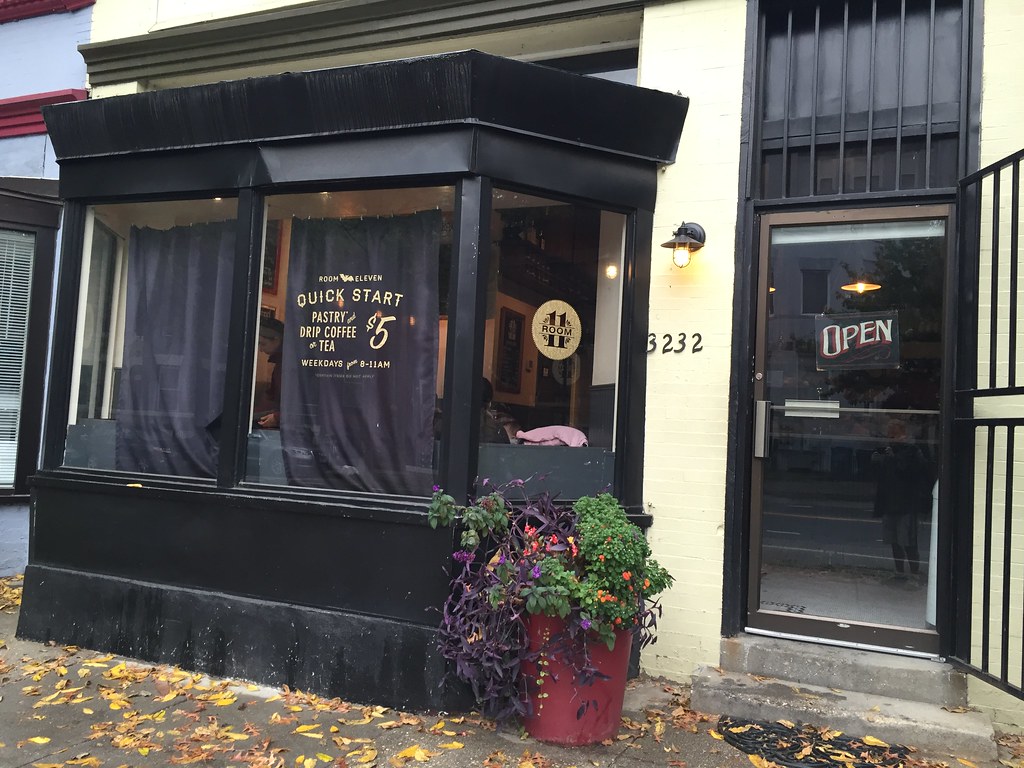 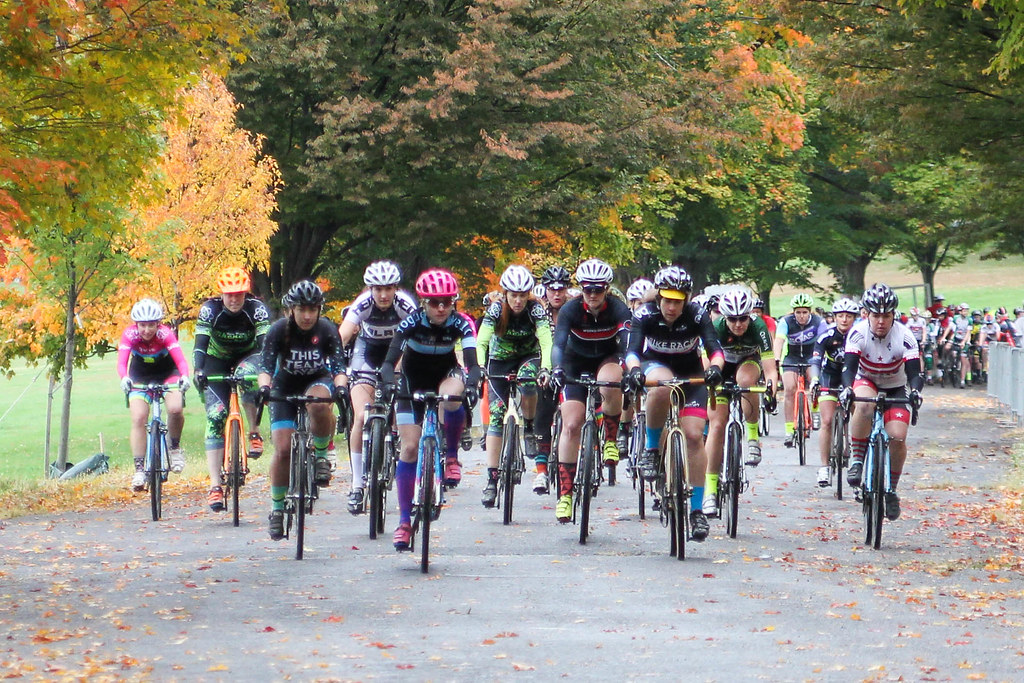 Trick or treat! Candy doesn’t interest me that much but free coffee? I’m there. Compass Coffee opened a new store off U Street, part of a hipsterville development. To celebrate, they offered free coffee drinks. I had never had a cortado before – delicious! I now have a whole new way of drinking my second-favorite beverage. 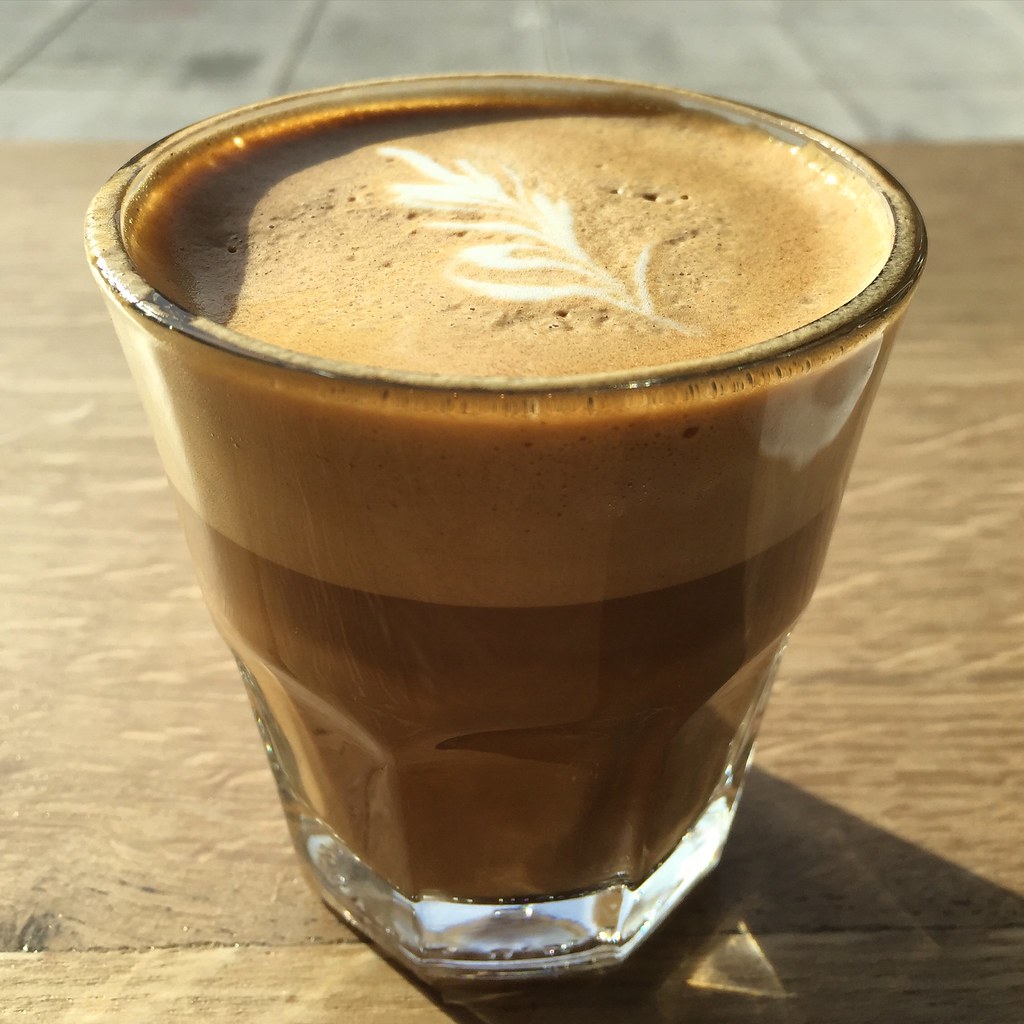 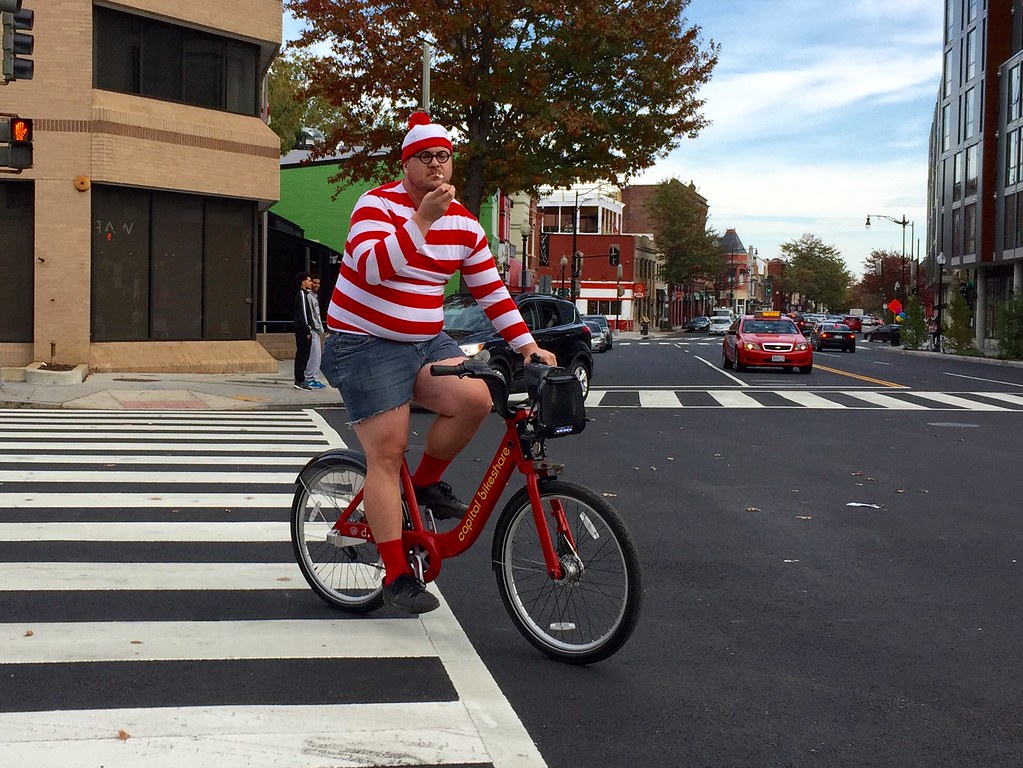 I wanted to do something big for the grande finale, so I took a bus and then a bike share to the Philadelphia Bike Expo. Yo, Adrian! While there, I ran into the Coffeeneur herself! And I looked at all sorts of bikes before going to La Colombe for an awesome cappuccino. 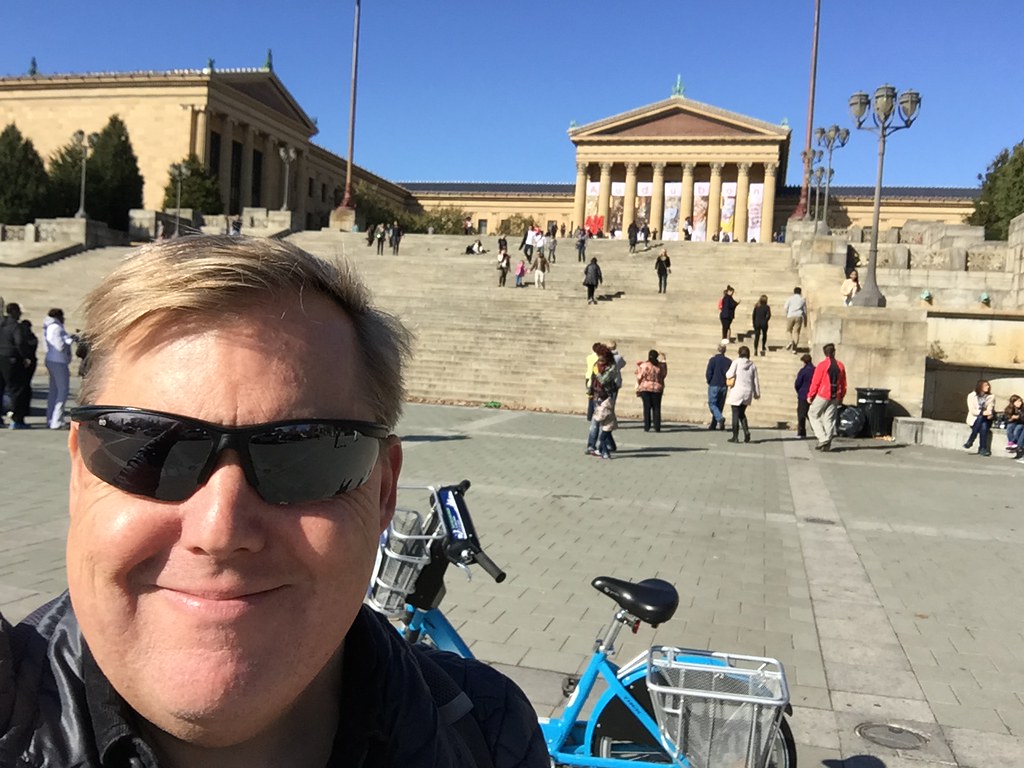 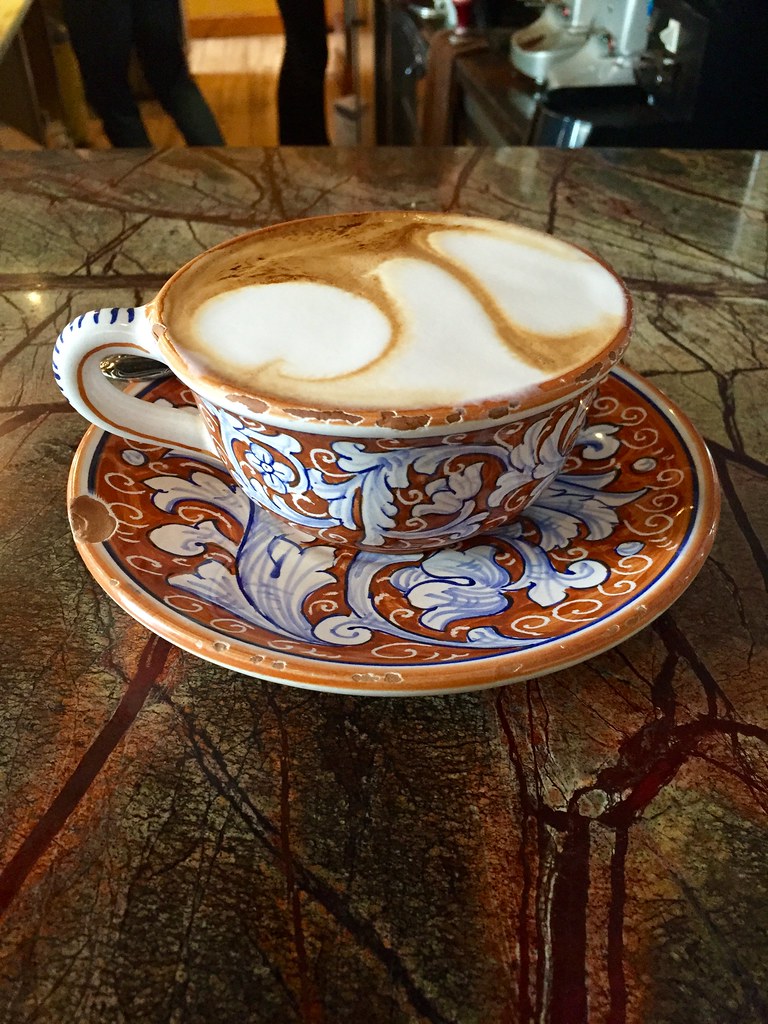 Truth be told, there was a lot more biking and a lot more coffee. But these are the highlights. Always Be Coffeeneuring.

I learn something new every coffeeneuring season. What did I learn this year?