Last weekend, I rode to Reston, taking a 50-mile bike ride from DC into the outer suburbs of the nation’s capital.

I wanted to ride the WO&D Trail again but wanted to skip over the parts of the trail that I had already done. I would use Metro for that purpose, since you can take your bike on the train on the weekends. With the new Silver Line running out to Reston, it seemed like the perfect solution, allowing me to leapfrog ahead to where I left off last weekend. Bikes and trains – a perfect multimodal adventure!

But, of course, there was track work on the weekend, as always with Metro. Orange line trains were running only every 20 minutes and the Silver Line was terminating at Ballston rather than running into DC. 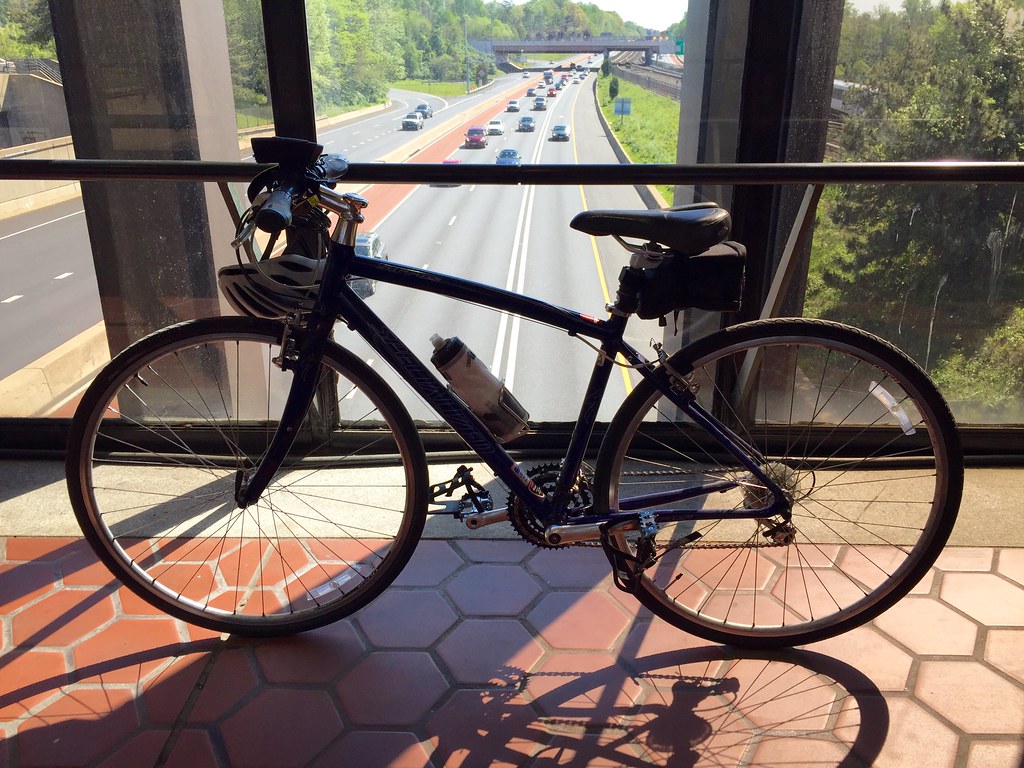 I checked wmata.com for the next Orange Line train before leaving home. I hurried to Farragut West and was so proud of myself for making the train!

Unfortunately, I blanked on switching to the Silver Line at Ballston and so just stayed on the train to the end of the line in Vienna. Then I biked through the neighborhoods and back to the WO&D.

It’s a beautiful trail that just gets better the further west you go. Every few miles, there’s another town, with a brewery, bike shop and coffee place. I don’t know how people bike the length of it without stopping multiple times. I biked through Reston, Herndon and Sterling without stopping. 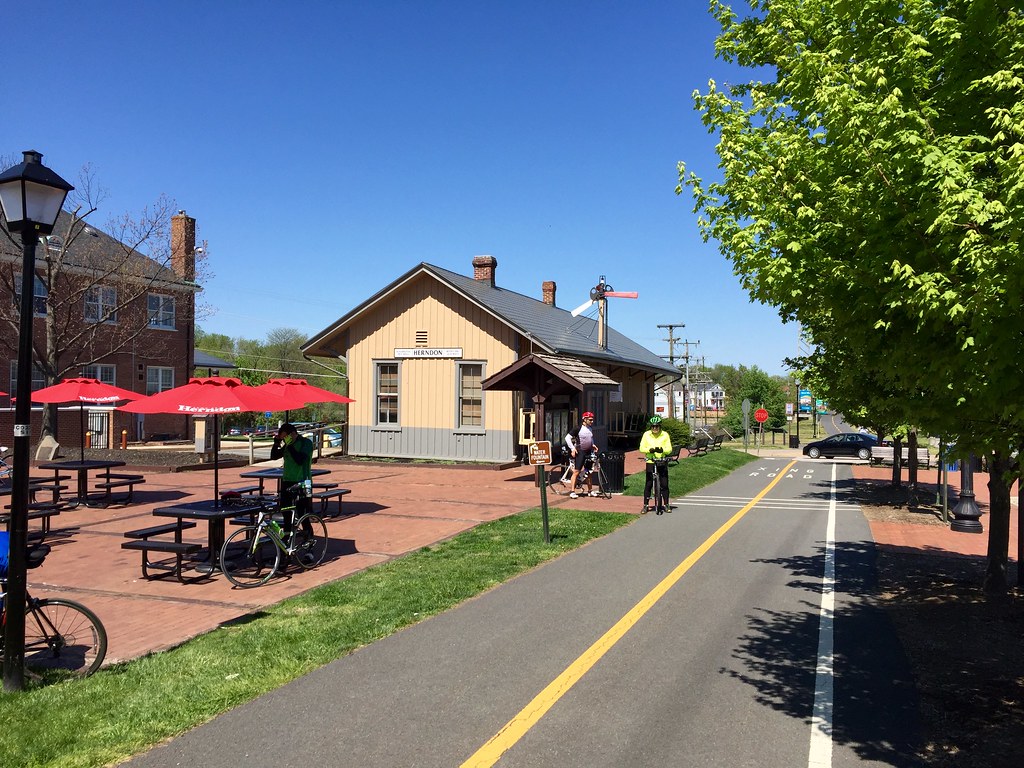 But when I smelled the barbecue at Carolina Brothers in Ashburn, I had to stop. Located right next to the trail, it’s awfully tempting.

I actually went past it, thought about it and then turned around and came back. I’m glad I did. It’s a great spot. Casual, fast and filled with cyclists enjoying a mild Sunday afternoon. 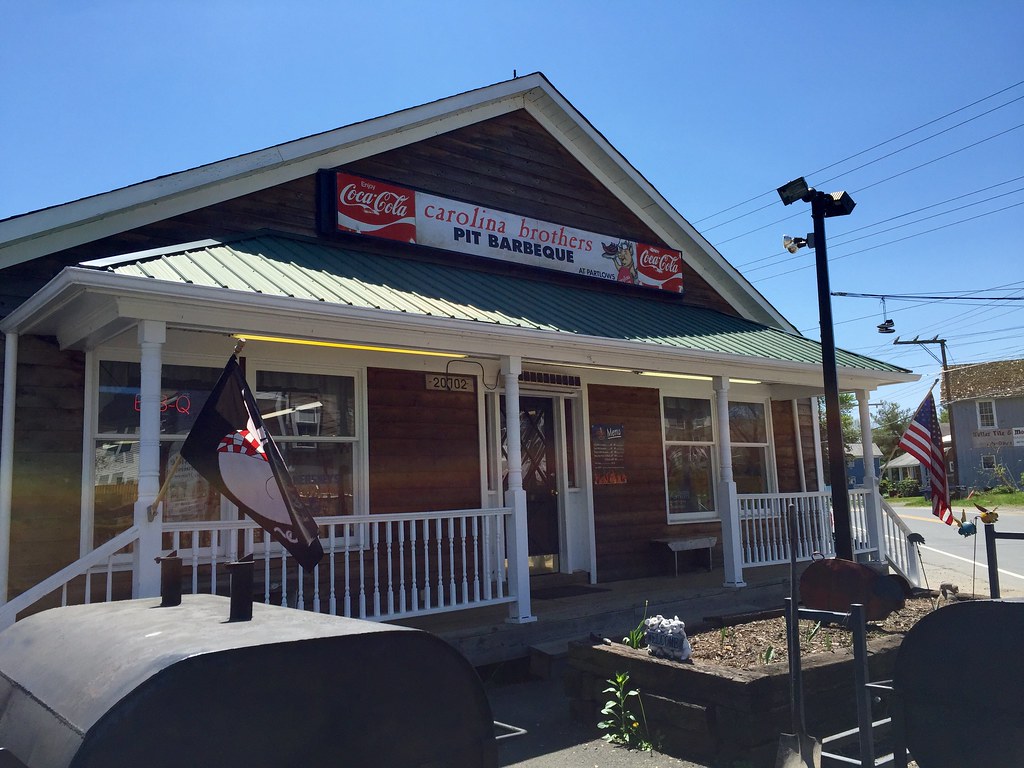 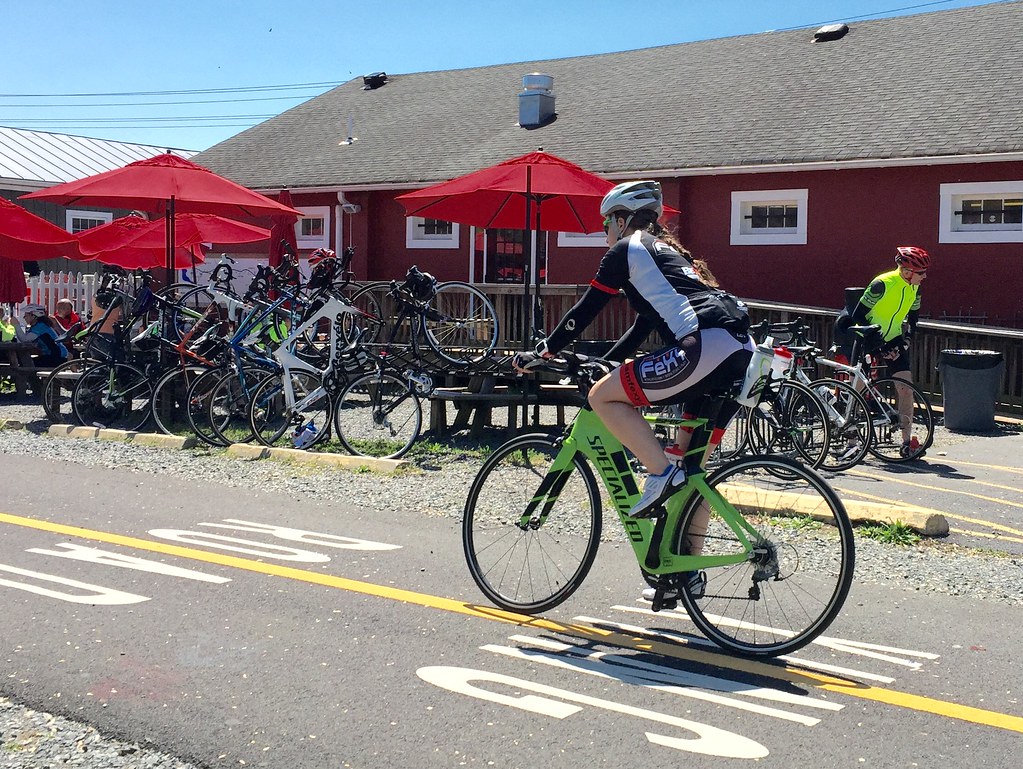 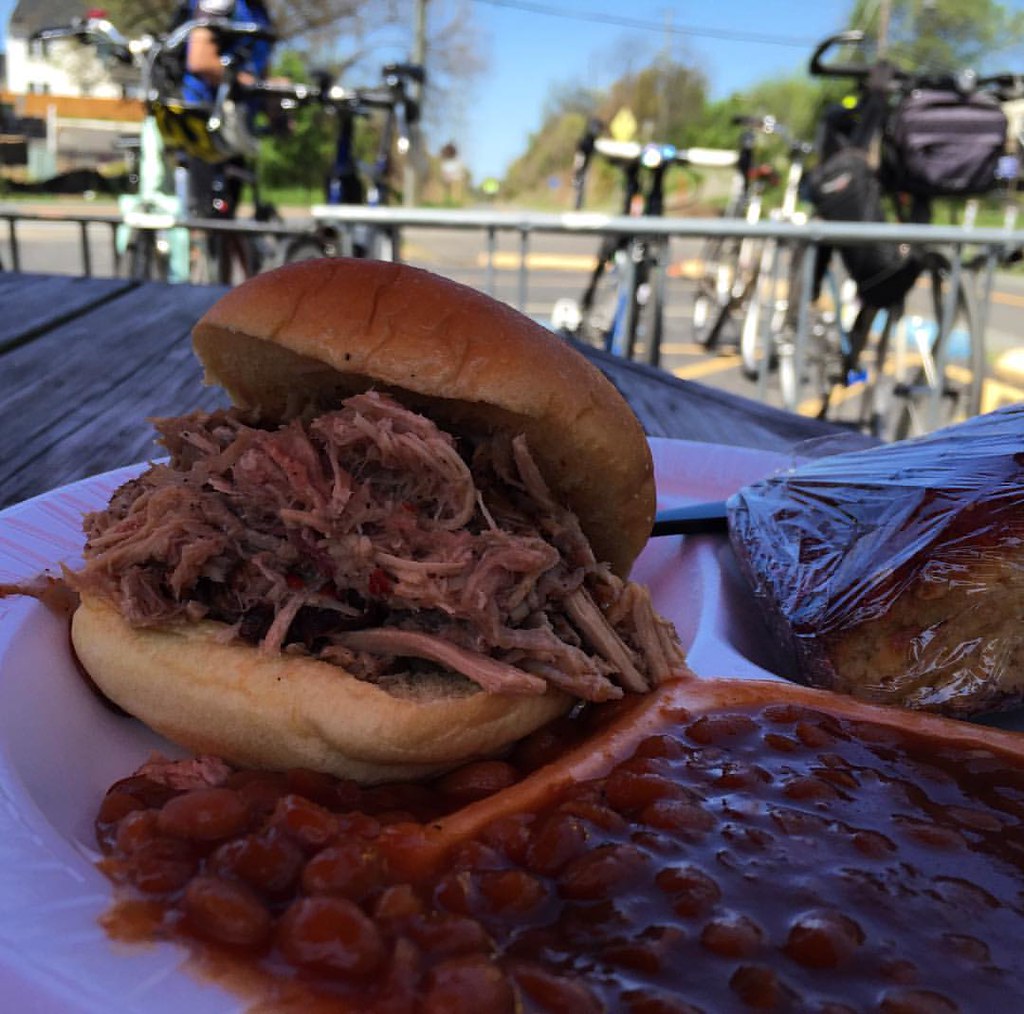 Once you get past Ashburn, the trail really opens up. With its long straightaways and miles between road crossings, it attracts the road biking crowd. 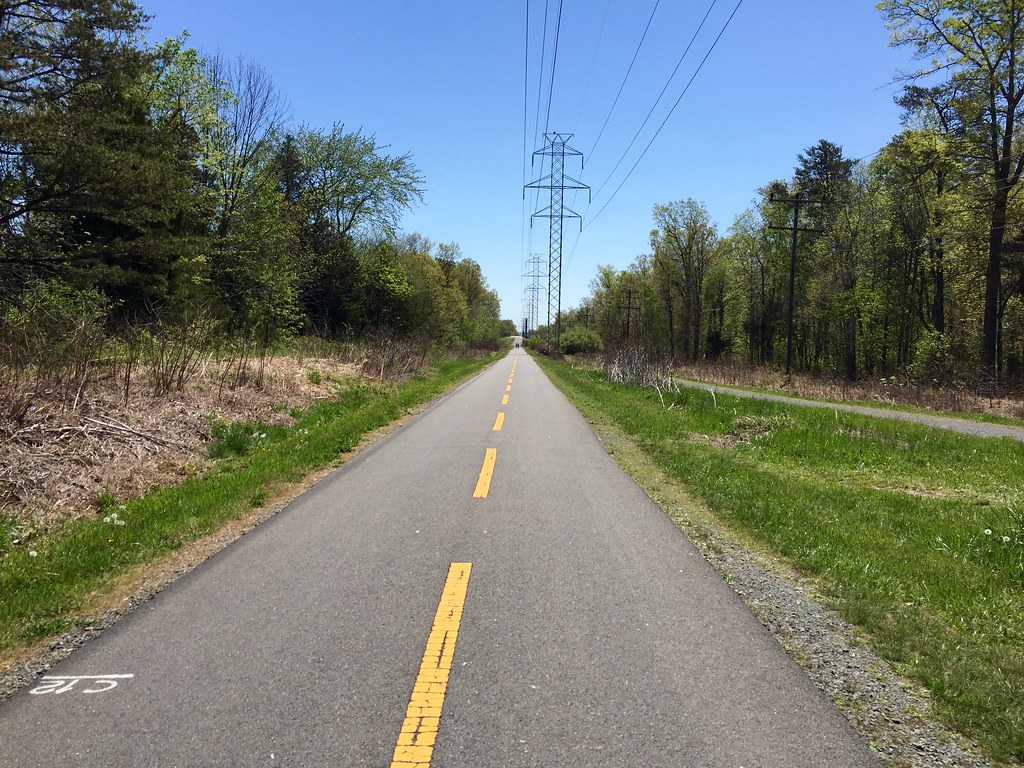 For me, I kept on to Leesburg, where I stopped for coffee, of course! My motto: Always Be Coffeeneuring. I had cappuccino at King Street Coffee along with a new doggie friend. Cute place and excellent coffee. 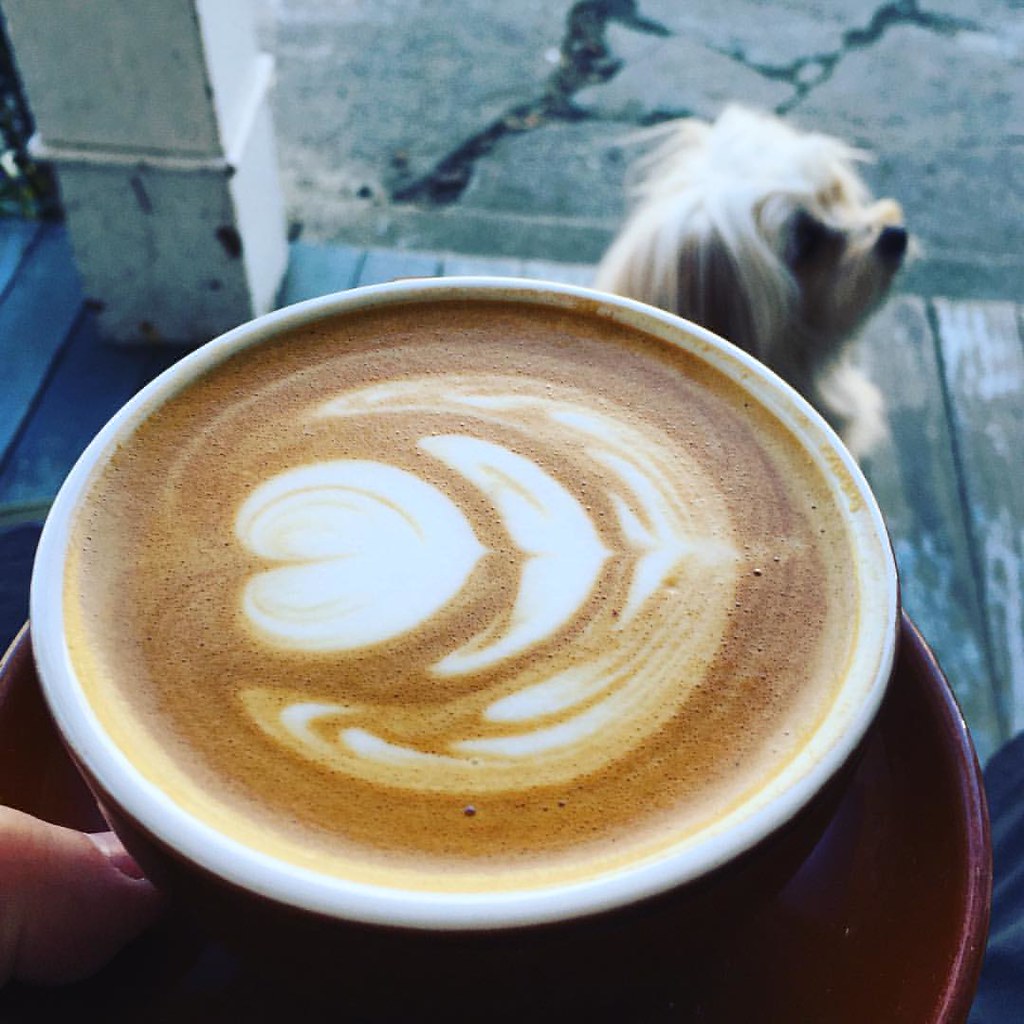 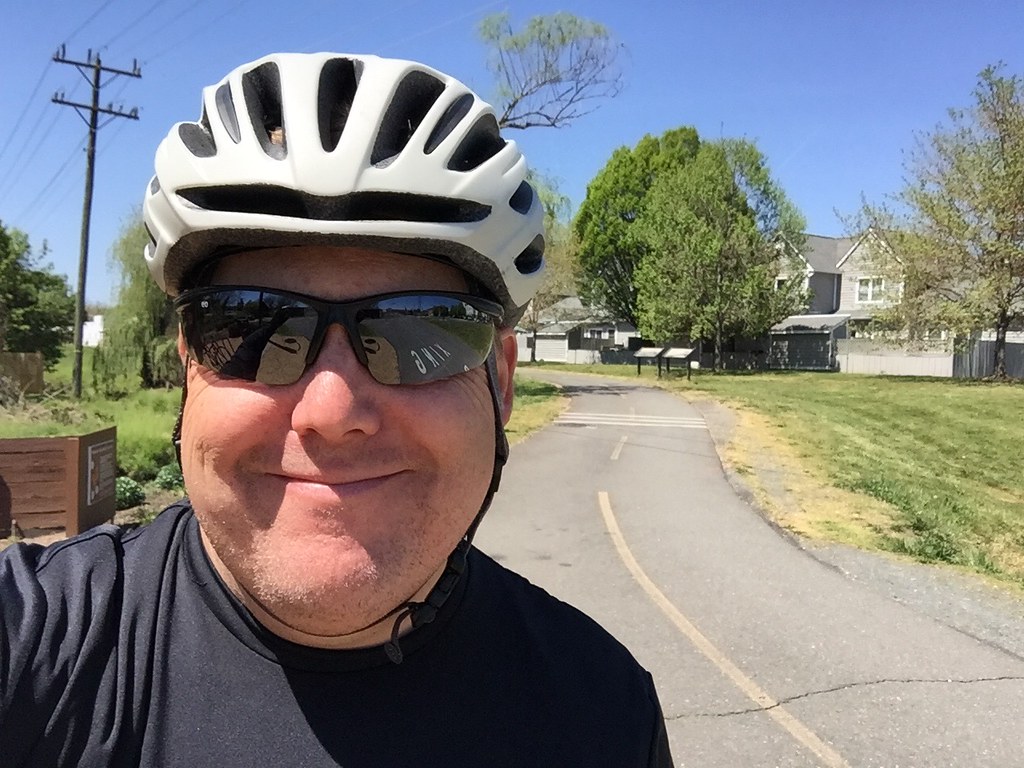 Purcellville and the end of the trail was another ten miles. I decided to save that for a future trip. I turned around and headed back, passing many tempting trailside breweries.

This time I would catch the Silver Line in Reston. The Wiehle Avenue station is right off the trail, though you have to navigate a bit of construction to find your way into it. The station was really anticlimactic. I was expecting something more glamorous. But it looked just any other Metro station complete with a 1970s-era train waiting at the platform. Got on the train and sat there for a good twenty minutes, along with tourists coming from Dulles. Yup, it’s always this way, I wanted to tell them.

The Silver Line train then slowly chugged its way past Tyson’s Corner then down the middle of I-66 before ending in Ballston. Getting off the train, a crowd of confused passengers waited on the platform. The next train into DC wasn’t for another 20 minutes (at least). 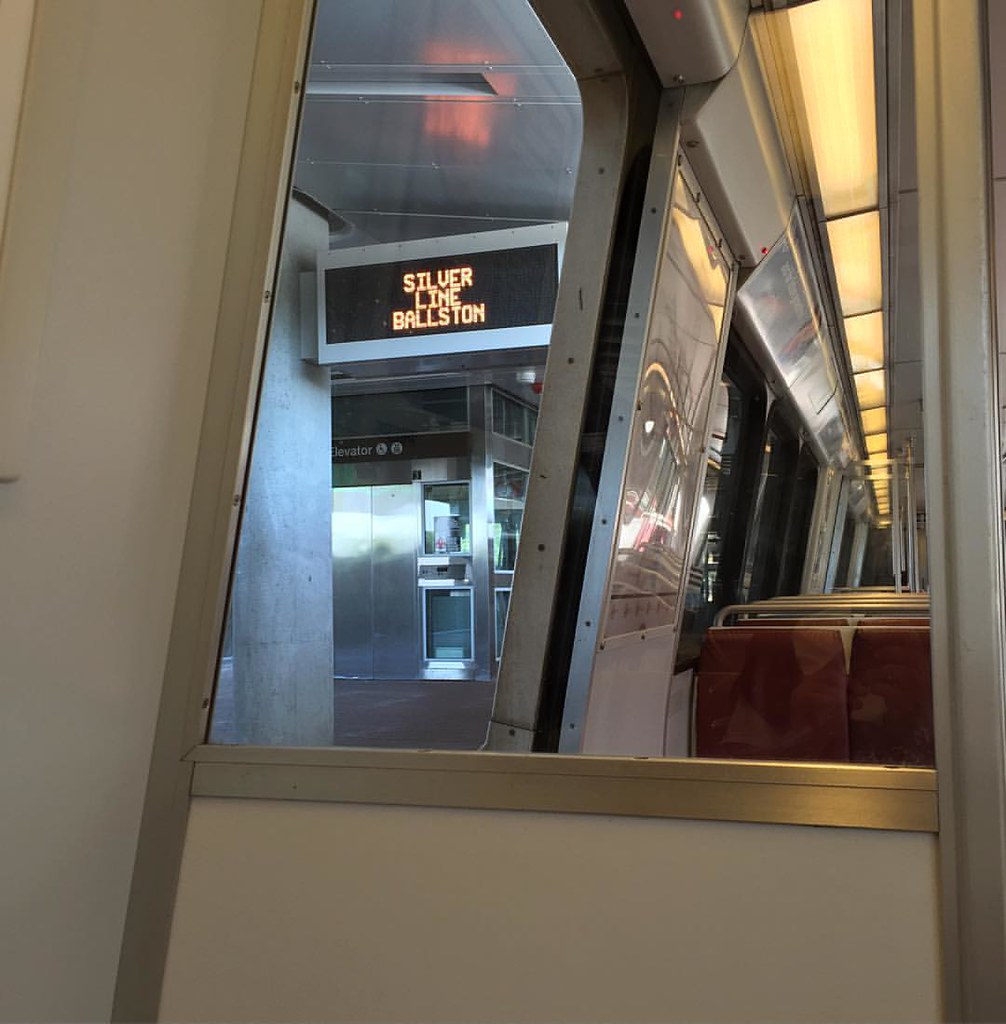 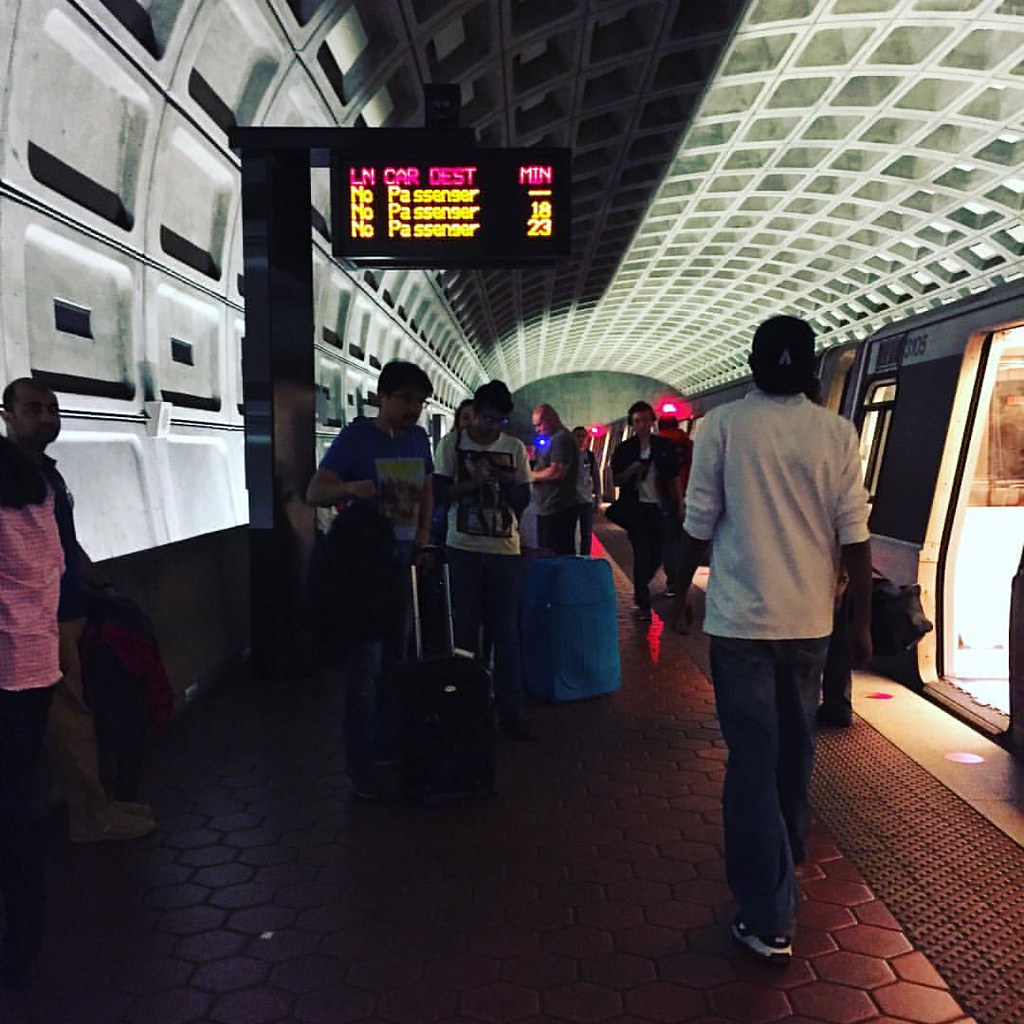 Thank god I had a bike! I abandoned Metro and headed for the Custis Trail, flying downhill into Rosslyn, then over the Memorial Bridge to home.

Lesson Learned: Using Metro to leapfrog ahead on the WO&D would be great if the transit system actually worked. But a bike is more reliable.