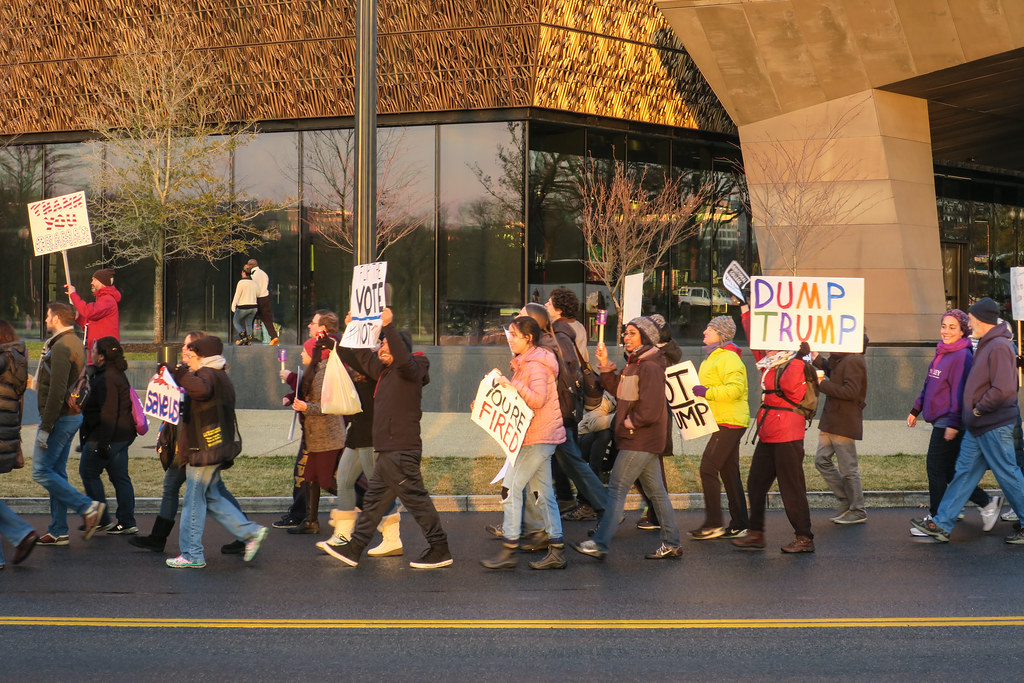 More than 200,000 people are expected at Saturday’s Women’s March on Washington.

I’ve lived in DC for two decades and have witnessed countless protests, from the aimless grifters of OccupyDC to the thundering anti-war protests of the George Bush era.

I love taking photos of protesters. It’s real drama on the streets of DC. And while I’m not one to rise up, fist in the air (unless it’s in support of bike lanes), I admire their passion.

Living in DC, it’s easy to be jaded. During the Occupy movement, it was protest du jour, as a couple dozen millennials occupied K Street at rush hour every evening (“Whose streets!” “Our streets!”) while police protected them from a sea of angry drivers. The protests had a ritual quality – the same people, the same slogans, the same protocols until the whole thing fizzled out, the professional left drifting away, leaving McPherson Square a shantytown of broken tents and broken dreams. 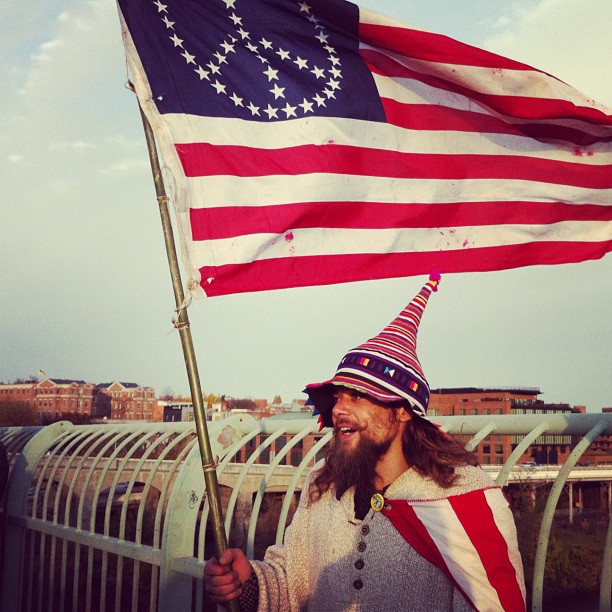 But protests can make a difference, as any history of the 1960s will tell you. More importantly, they bring like-minded people together, allowing them to forge stronger connections and partnerships. If you’re a liberal in Oklahoma, a protest like the Women’s March provides affirmation that you’re not alone.

Protest means sacrifice. You’re giving up your time and money to support a cause you believe in. It ain’t easy. And protest in DC, amid the marble columns and soaring monuments, can be thrilling. And exhausting. Here’s some practical advice for protesting in Washington, DC. 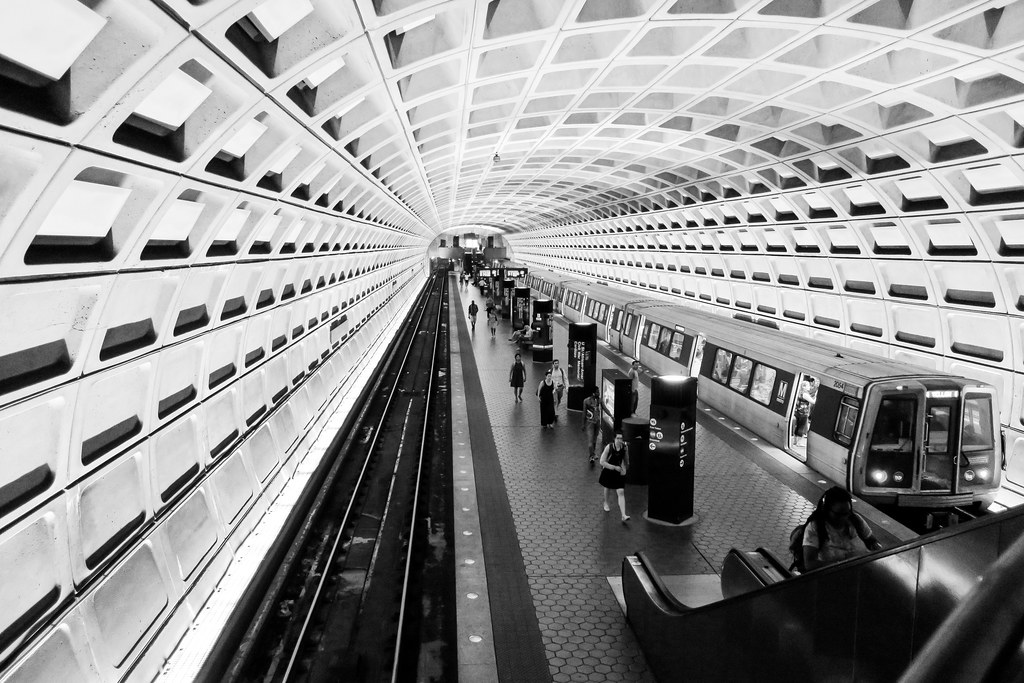 Washington is a complex urban environment, relatively dense, with limited access points. We have a semi-functional subway system, some commuter rail and are surrounded by highways in perpetual gridlock. Complicating things, there’s a river on one side. And chunks of the city, like around the Capitol and White House, are closed to the public.

Don’t expect to drive anywhere near this mess. Take Metro, a bus or a bike. Leave early and give yourself plenty of time.

The good news is that Washington is a walkable city. You can walk from the White House to the Lincoln Memorial in fifteen minutes.

Also, the scale on the Metro map is deceptive. The stations downtown are closer than they appear. It’s only a couple blocks from Metro Center to Gallery Place. If you’re coming to the Women’s March, use the stations off the Mall, like Archives and Federal Triangle to avoid the crowds.

Bikes aren’t allowed in the exclusion zone during Inauguration Weekend. Which is a pity, because they’re the best way to get around the city. Capital Bikeshare is the city’s bikesharing system and it’s cheap and easy. 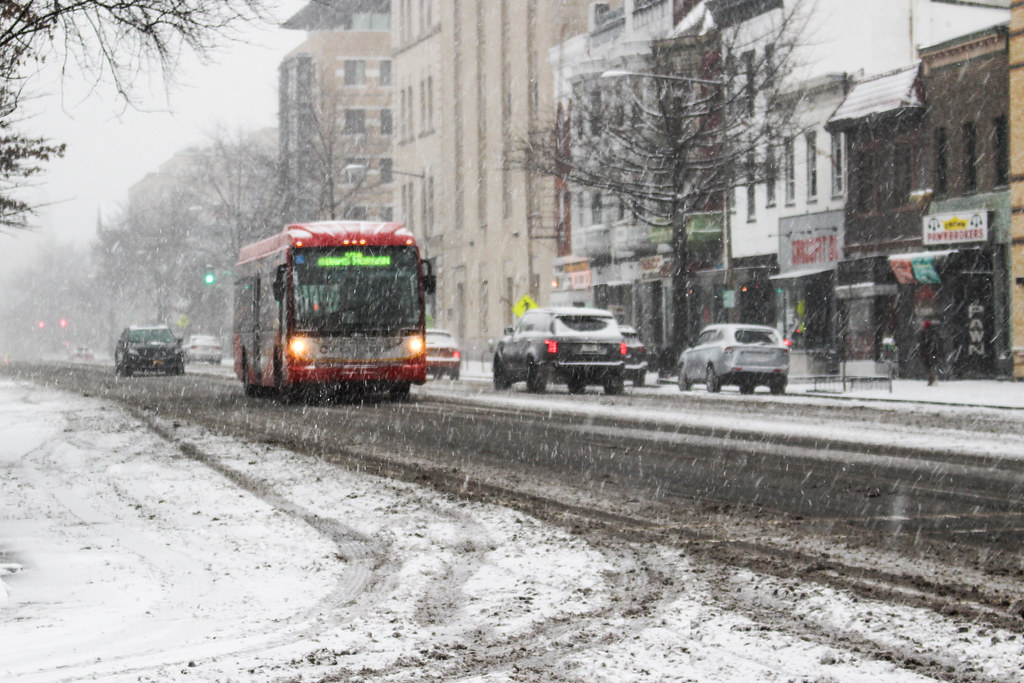 The Circulator buses are also a great way to get around. The fare is a $1 and the routes are pretty straightforward. 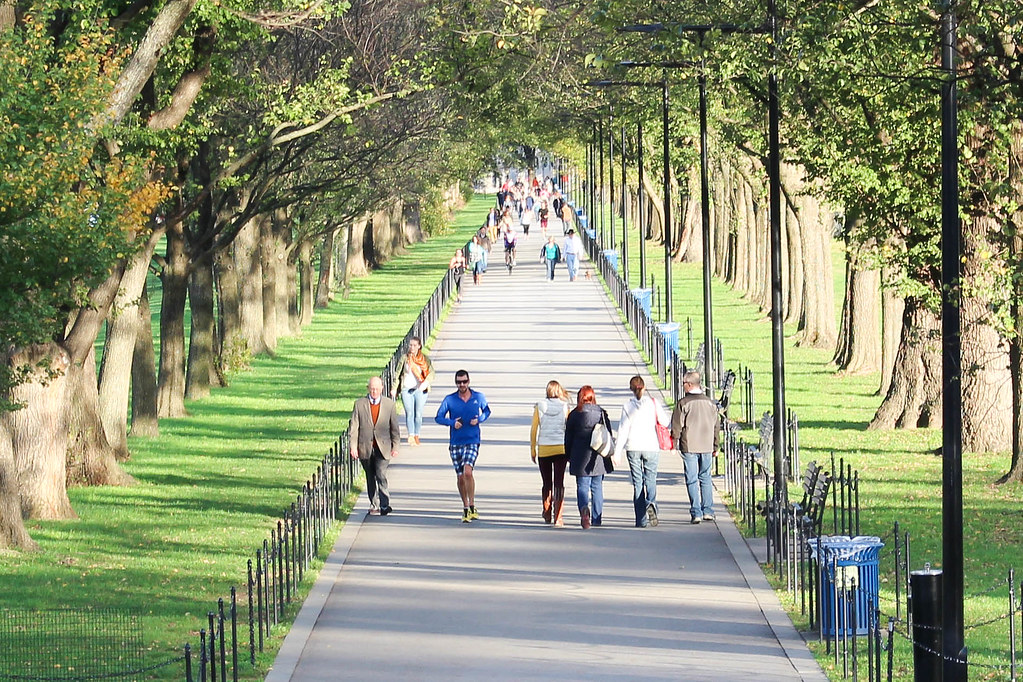 You’re going to be walking! Wear comfortable shoes. The day of the march is not the day to break in a new pair. No one cares what your feet look like.

Bring food and water. Around the monuments, your food options are limited. If you’re lucky, you can get a hot dog from a stand. Pack some snacks. Also, all the water fountains on the Mall have been turned off for the winter. Bring water. You’ll get thirsty from marching and chanting.

Dress for the weather. Check the forecast and dress a little warmer than you think you’ll need. You may be outside for hours. 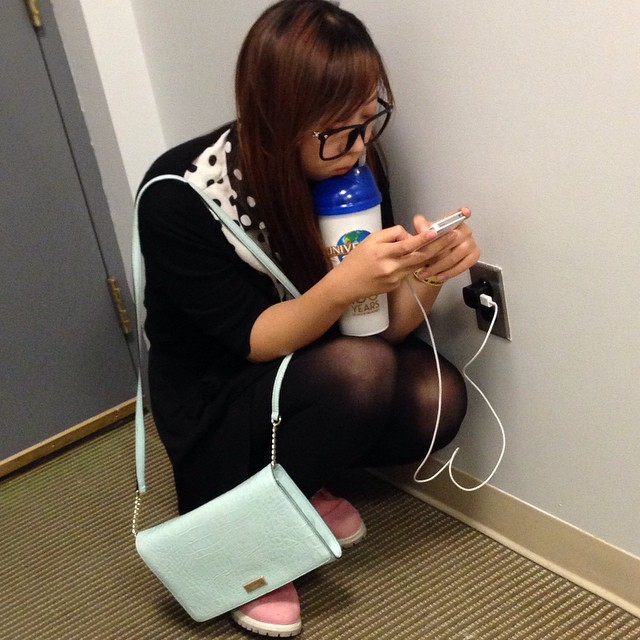 Ah, the problems of our connected age when we can’t get connected. 100,000 people trying to update Twitter at once is going to tax even the most robust network. Your cellphone may not work in the crowd. Be patient. If you’re meeting people, make plans ahead of time, if possible – don’t count on them being able to reach you.

At some point during the protest, everyone is going to need to recharge their phones. People will peel off, in search of electricity, clustering around outlets like cavemen around a fire. Bring or borrow a portable battery. I like my Jackery portable charger. 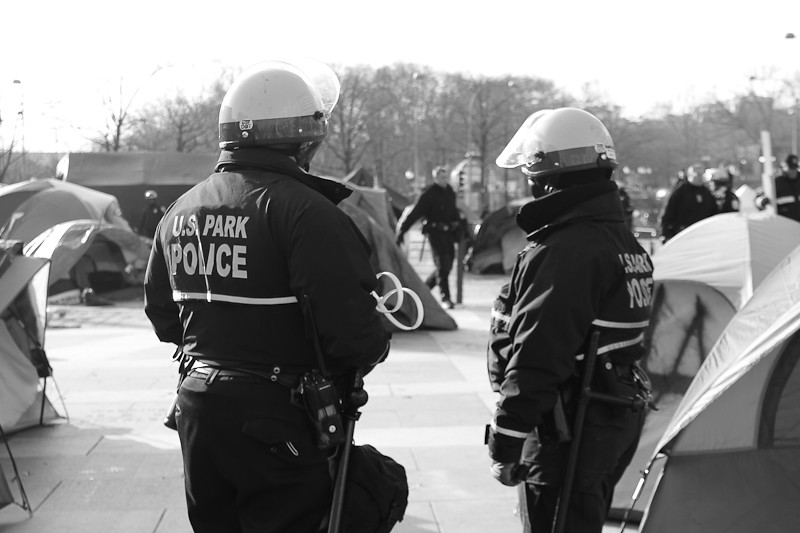 You need an appointment to get arrested in DC. It’s true. The DC police are not going to arrest you during a protest, unless you’re a celebrity who has made previous arrangement with them. It’s a highly choreographed and largely symbolic affair. The city is still paying off plaintiffs from their last mass arrest during a protest so they have no interest in arresting you or anyone else.

The Park Police, however…  Perhaps because they’re least intimidating of DC’s numerous police forces (they have the word park in their name), they tend to be the most aggressive. Nothing they like more than closing monuments and public spaces. Do what they say, even if it’s nonsensical. The same is true for the Capitol Police and the US Secret Service. There are at least 28 separate police forces in DC plus countless rent-a-cops so there will be men with strange uniforms and guns yelling instructions at you. 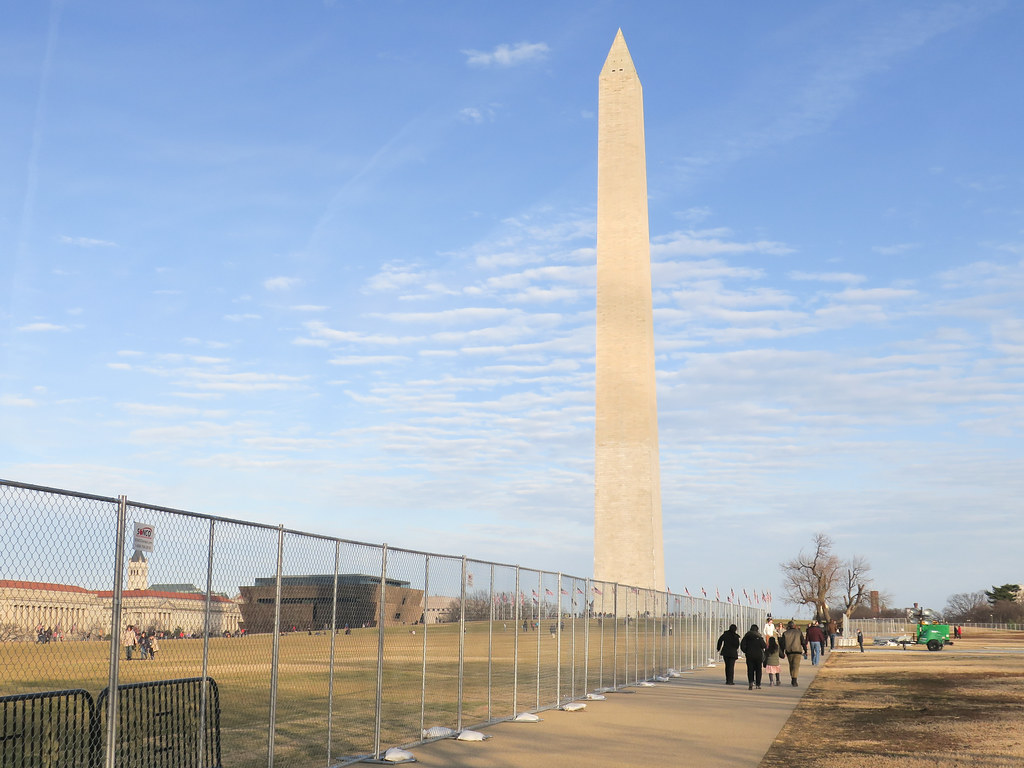 Security theater has overwhelmed Washington over the past two decades, stealing space from citizens and making it the private reserve of the nomenklatura. It’s infuriating. And expanding, as the Secret Service slowly takes over the Ellipse and other public spaces around the White House.

This absurdity will be at its highest level during the inauguration, as if chain-link could protect us in the era of the drone and missile.

If you’re here for the Women’s March, expect to be funneled through fences, like cattle, and subject to TSA-style search. You won’t be able to get near most of the monuments, either – they’ll be protected by fences, of course. 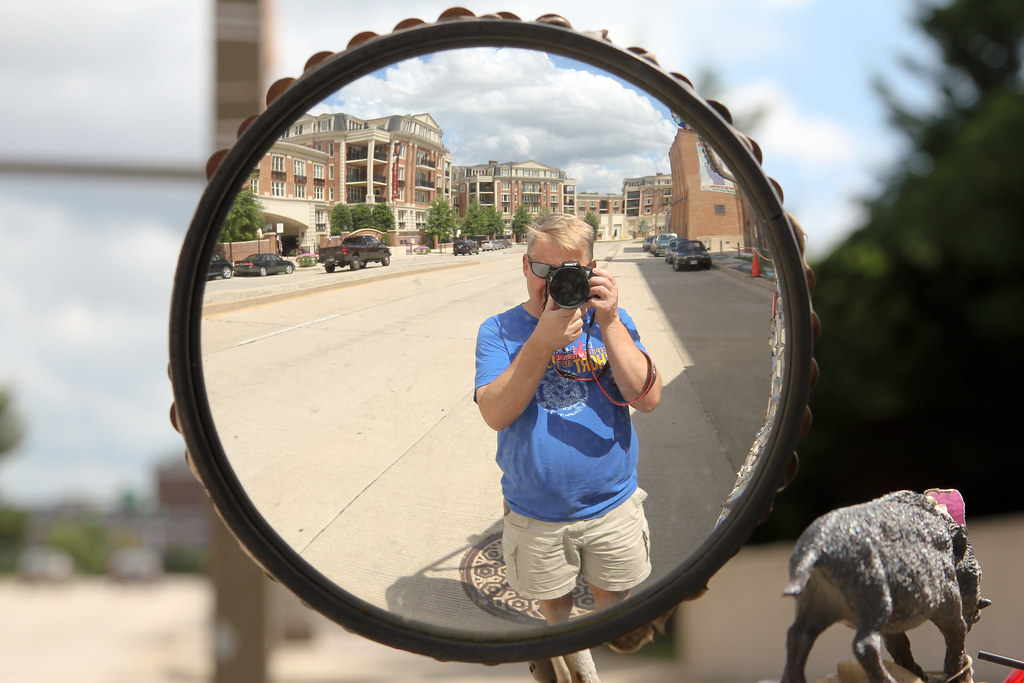 It’s tough to participate in an event and take photos of it. Fortunately, my friends from DC Focused, InstagramDC, ExposedDC and countless local photographers will be there to document the action using #WomensMarch

I’ll be around too, posting photos to my Instagram account and Flickr. Ironically, I’m not a big fan of crowds, so I’ll be on the periphery, where I can easily escape.

Don’t bring much gear! Nothing bigger than a small bag is allowed during the Women’s March.

If you are taking photos, look for details that stand out in the crowd – a red flag, a friendly smile, a cheeky sign. 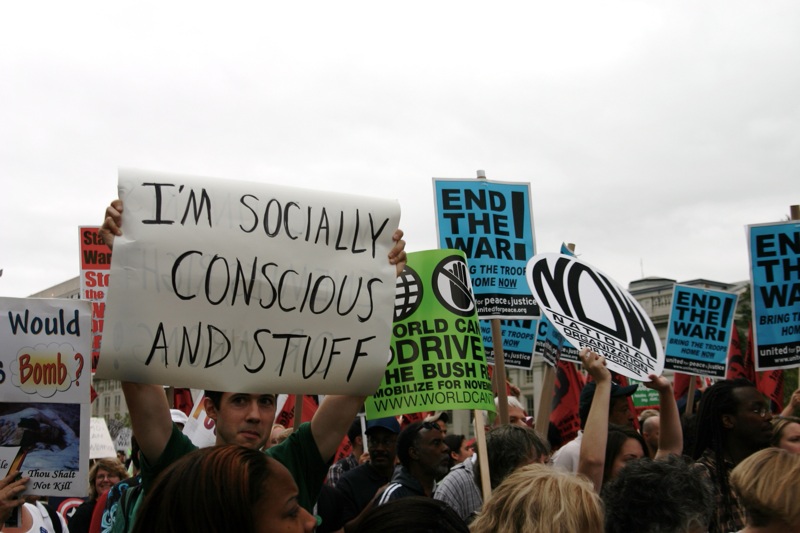 Planning ahead means having a Plan B. Make sure you have a contingency plan, one that covers events ranging from the annoying to an actual emergency. For example:

Hint: hotel lobbies make excellent places to hang out if you get lost/bored/tired. If you’re at the Women’s March, go north to Farragut Square and Dupont Circle to find food and shelter. I like the Renaissance Dupont, because they have an Illy cafe there. 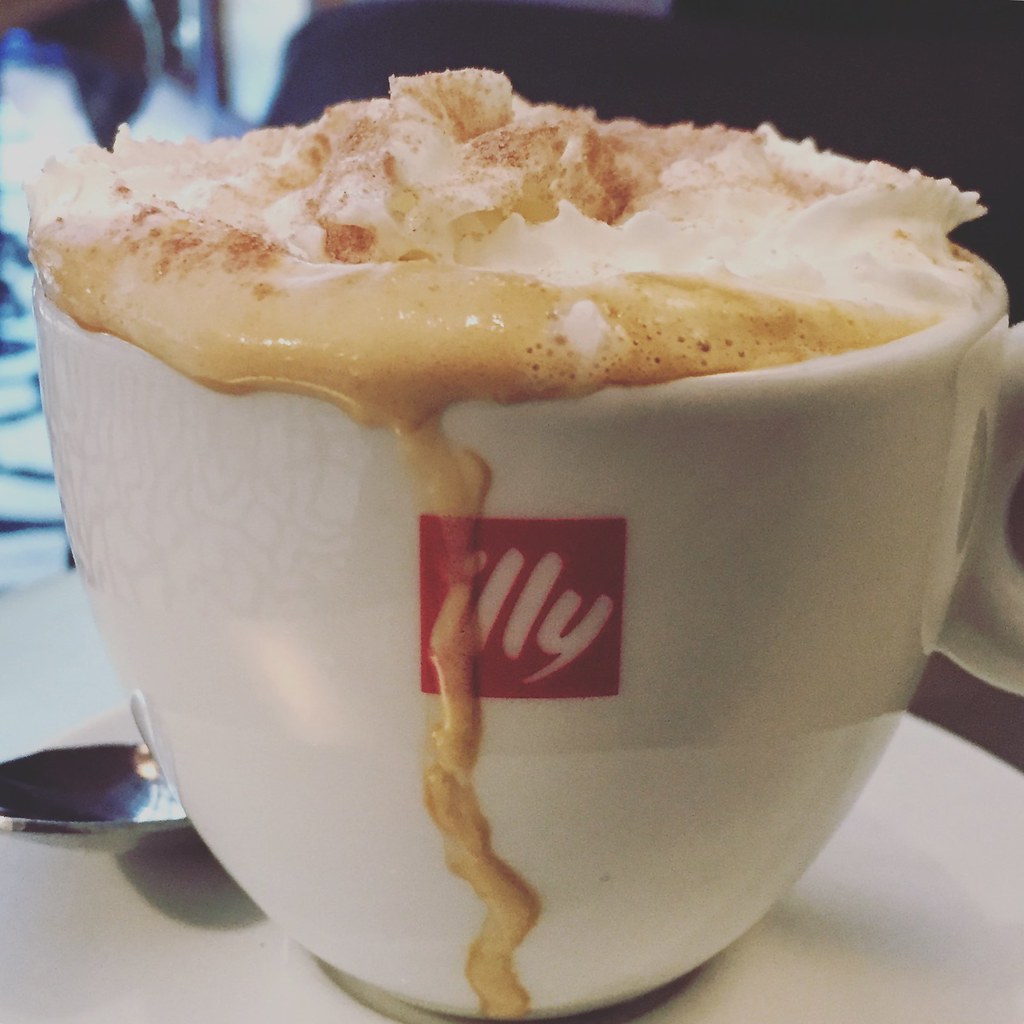 Trump is determined to bring back many elements of the past. He’s also bringing back the era of the mass protest. The Women’s March is just the first of many.

If you are coming to DC to make your voice heard, plan ahead. And wear comfortable shoes.

One thought on “Practical Advice for Protesters”