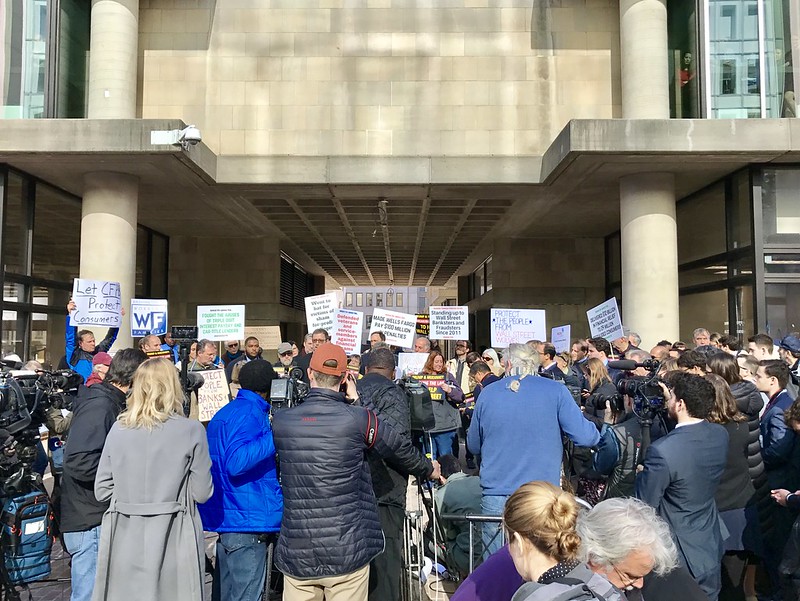 Never a good sign when there are people picketing the office. I started a contractor gig at the Consumer Financial Protection Bureau recently. Monday morning, I was greeted by protesters in front of the brutalist home of the agency a block from the White House.

But they were in support of the CFPB, not opposing it. The Director had left the week before and had tried to appoint one of his deputies as Acting Director. The Trump administration had countermanded this order and sent over Mick Mulvaney, the OMB Director, to run the CFPB. He arrived Monday morning with donuts.

Outside, the media asked, “Who’s in charge?” Inside, there was no confusion: Mulvaney, because the agency’s General Counsel said so. Americans have an admirable belief in the rule of law, even when it harms their interests.

Mulvaney settled into the executive suite with a small team (including his own Jonah – life imitates VEEP) and immediately put a hold on all activities. Innocuous communications work, like the type I was hired to do, will be allowed to continue but Mulvaney will put a stop to enforcement actions, such as penalizing Wells Fargo for creating fake accounts and bilking consumers. 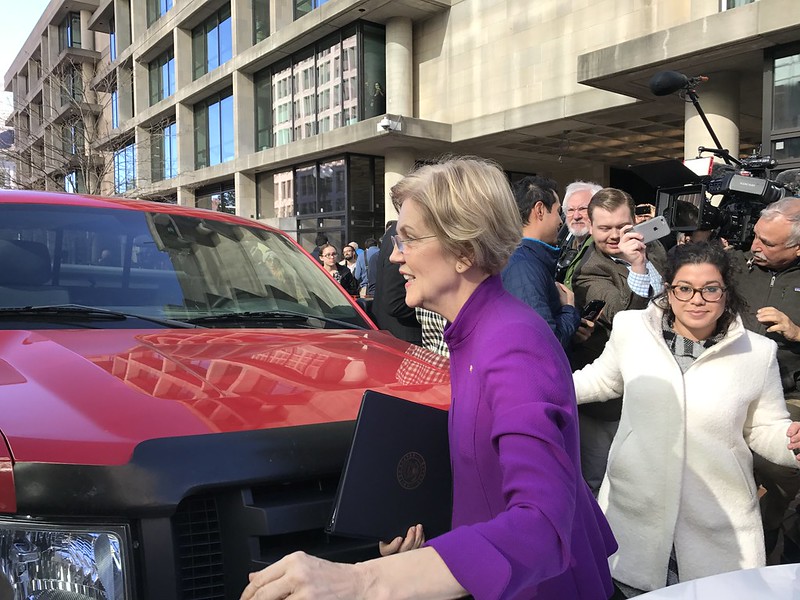 Elizabeth Warren came to protest on Tuesday, trailing the largest media contingent I have ever seen. Presidential, I would describe it, a scrum of reporters, TV crews and giddy supporters so chaotic that I couldn’t hear anything she said about the agency she helped to found.

Inside, the line was: Mulvaney will change us, but we’ll change him too. CFPB is staffed by relentless, Obama-era optimists. 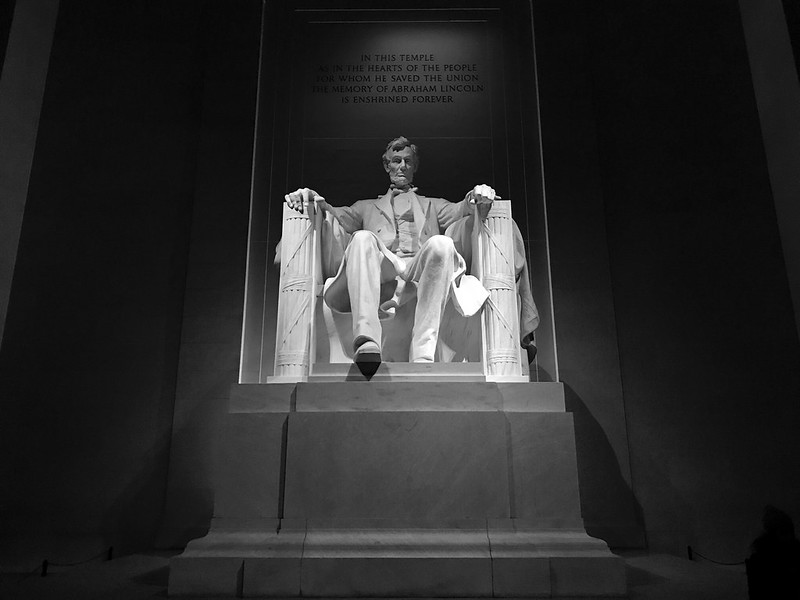 Thursday night, I went for a run, ending up in front of Lincoln, dead and forgotten in his memorial. Republicans, what happened to you? The Great Emancipator freed people from bondage while today’s GOP works to put consumers in debt traps, provide tax breaks for the wealthy and collude with Russia to destroy democracy.

Just before starting the CFPB gig, I finished reading A Friend of Mr. Lincoln, which takes Abe off his pedestal, revealing his early life as a scrambling politician. Born poor, he worked for the common man, trying to bring canals and railroads to the frontier, always on the side of farmers and tradesmen, believing that government worked for the people.

If Lincoln awoke today, he would be appalled, recognizing in today’s GOP the exploitative planter class that he destroyed during the Civil War. For abandoning the beliefs of Lincoln in favor of a charlatan, Republicans have disgraced themselves for eternity.

The week continued with the chaos typical of the Trump regime, with rumors of Tillerson being forced out at State and a nightmare of a tax bill being forced through the Senate.

Then, a Friday morning bombshell: Flynn pleads guilty! The odious former National Security Advisor made a deal with the Special Prosecutor, who is working through the Trump administration, as if he were rolling up a Mafia family.

Because Trump can’t stop tweeting, even on the weekends, he had to comment on Saturday about Flynn, seeming to incriminate himself in obstruction of justice.

I had to fire General Flynn because he lied to the Vice President and the FBI. He has pled guilty to those lies. It is a shame because his actions during the transition were lawful. There was nothing to hide!

How does this end? Nixon had the decency to resign. A member of the Greatest Generation, he left office to preserve the country (and his party).

Donald Trump, the ultimate representation of the crass and selfish Baby Boom Generation, lacks the honor of Nixon. A con artist, draft dodger and rapist, he will not surrender office willingly.

As justice draws near, I see three possible endgames:

1. Trump fires Mueller. The country is thrown into chaos. 2018 is a year of mass demonstrations and widespread resistance until the midterm elections. Then, with a crushing Democratic majority, Trump is impeached.

2. Trump is charged with obstruction of justice, but Republicans refuse to impeach. Again, widespread domestic chaos hopefully ending with a Democratic majority.

3. Trump goes to war against North Korea to distract from the Mueller probe. Like World War I, a regional conflict spirals into a global catastrophe, leaving millions dead and the end of the US as a superpower.

I hope to be proven wrong but if 2017 has taught us anything is that each week brings ever-growing chaos and peril, as American democracy comes under sustained attack from without and within. It’s up to us to resist.