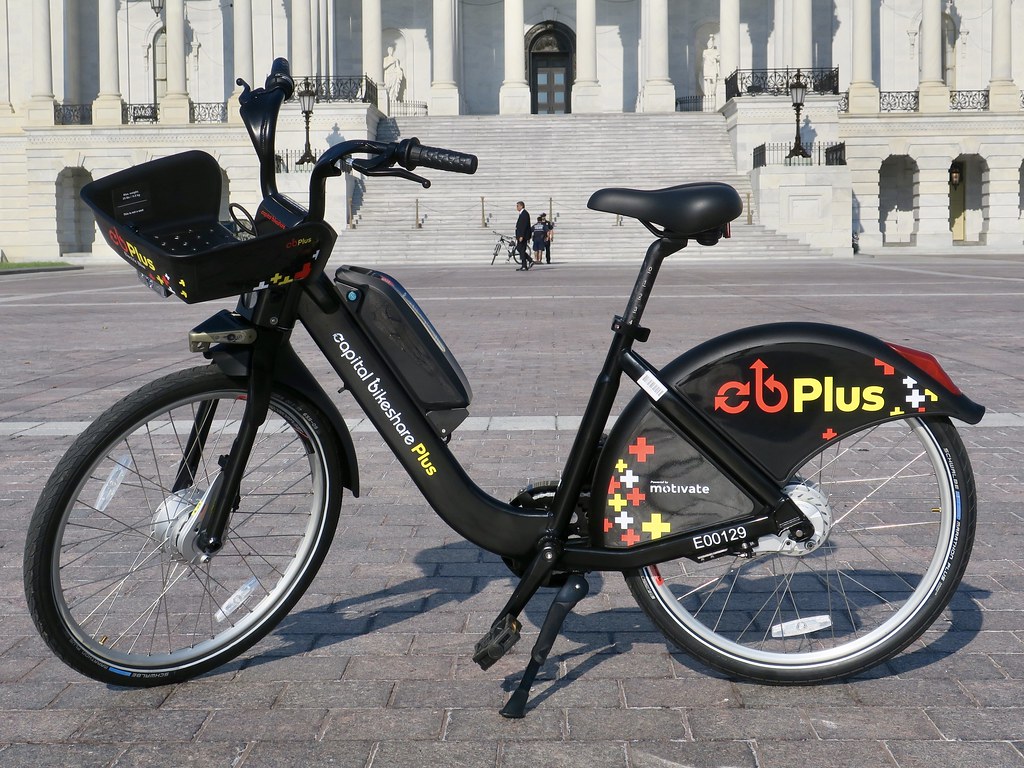 CaBi has added electric bikes to their arsenal, as part of a pilot program that runs through November. Capital BikeShare Plus, they call it. These new ebikes are designed to be used just like the iconic red bikes, integrating seamlessly into the existing Capital Bikeshare system. There’s no additional charge to use them for CaBi members.

As a long-time CaBi user, I was anxious to try one. I checked the CaBi app and saw that one was available, delineated with a little lightning bolt on the map. Shazam! 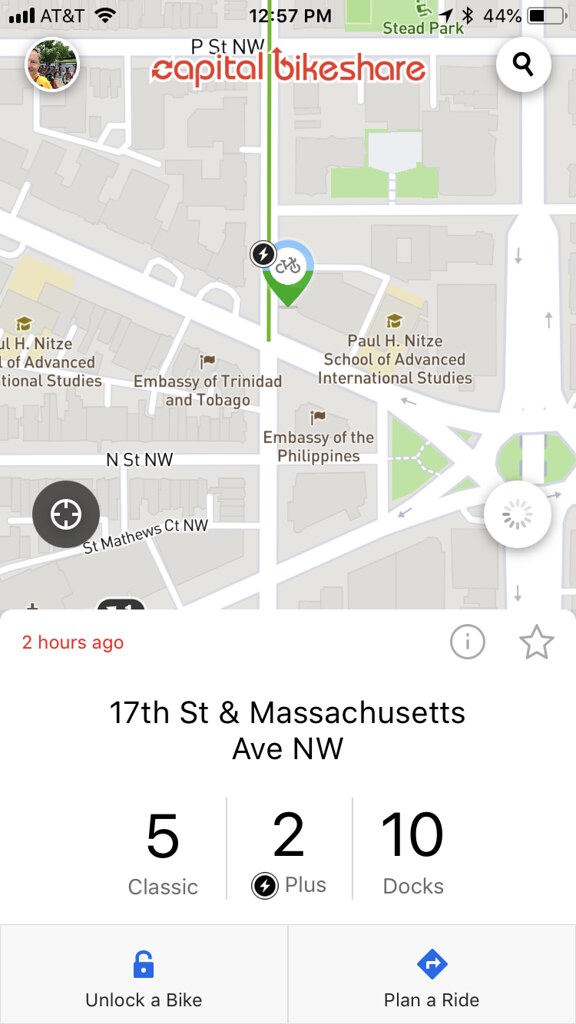 The electric bikes are black and easy to spot. I unlocked it from the dock the way I do with any other CaBi, with a fob on my keychain. Among the many things that Capital Bikeshare gets right is ease of use.

Pulling it out of the dock, I noticed it looks and feels almost exactly like the familiar red bikes. If it’s heavier, I didn’t notice, and it handles just like a CaBi, except faster.

There are a few key differences, however, the biggest being pedal assist. To activate it, you press a button on the battery on the bike. I expected a light or something to turn on. Nothing did.

But, after I got on and pressed down on the pedal, I knew: this is on! Almost too on, sending me flying down the sidewalk before I was fully prepared.

Capital BikeShare Plus bikes have a variable transmission, according to the ever-knowledgeable Mr. T in DC. Like I do with the three-speed CaBis, I kept it in the highest gear.

There are a couple other nice additions to the bike too. The first being a functional basket, rather than the magazine rack on normal CaBis. The fenders are longer and more robust. The bell is better, too, built in to the handlebars rather than hanging off it. 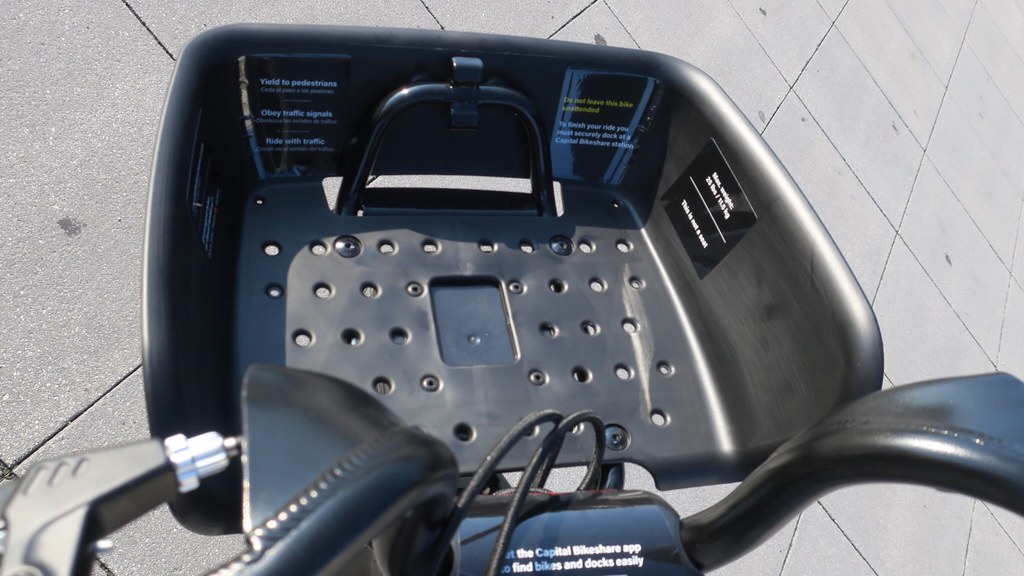 But you don’t care about that. How fast is it?

Fast. While the top speed is limited to 18 mph, you get up to that speed almost instantly. A couple turns of the pedal, the motor kicks in and you’re merrily racing along.

I tried not to be a jerk about it. I didn’t blow by cyclists going uphill, but instead let my speed drop, following them as they labored over the gears like factory workers.  On straightaways, I passed “serious” cyclists on road bikes, hunched over, sweating, lycra-clad, while I rode by, smiling, upright, in a polo shirt.

Speed is fun. Americans love speed and 18 mph in a world where everyone is going ten seems helluva fast.

But where e-bikes shine is going uphill. I had to go to an appointment near L’Enfant Plaza. With my speedy CaBi Plus, I got there early. With time to kill, I decided to test the bike by taking it up the steep slope of Capitol Hill on the sweatiest, hottest morning of September.

And it was no work at all, the bike climbing the hill almost effortlessly. If I had taken a non-electric CaBi, I’d be nearing a heart attack when I reached the top, but with CaBi Plus, my heart rate barely changed.

On the way back down Capitol Hill, I followed a guy in a suit on an electric scooter, a sign that e-transportation is the future. Electric bikes and scooters are ideal for short trips, particularly in cities. The coming decades may not belong to Tesla but to something much simpler: electric bikes. 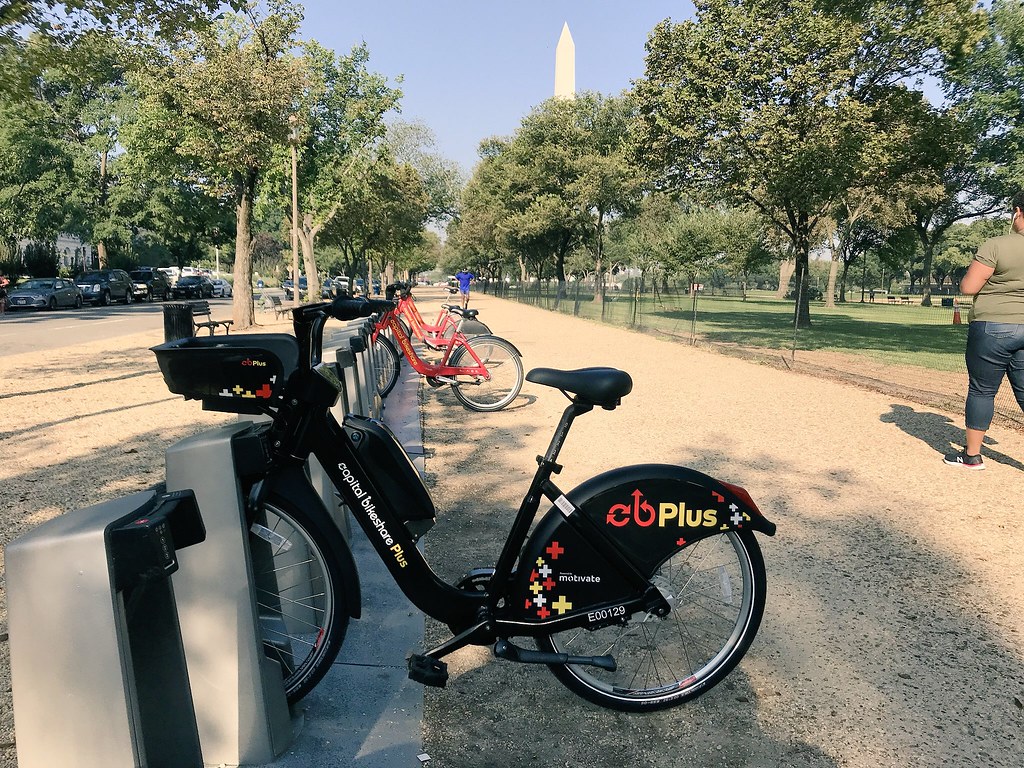 CaBi Plus, and electric bikes in general, are also perfect the vast majority of Americans who don’t feel comfortable on a bike. Pedal assist allows people with health issues to ride again, as well as people who don’t want to get sweaty. They also allow people to get up to speed quickly, which is useful when commuting in traffic.

I was sad to return Capital BikeShare Plus to the dock – that’s when you know it’s love. But there are eighty of them in the city so I’m sure we will meet again.