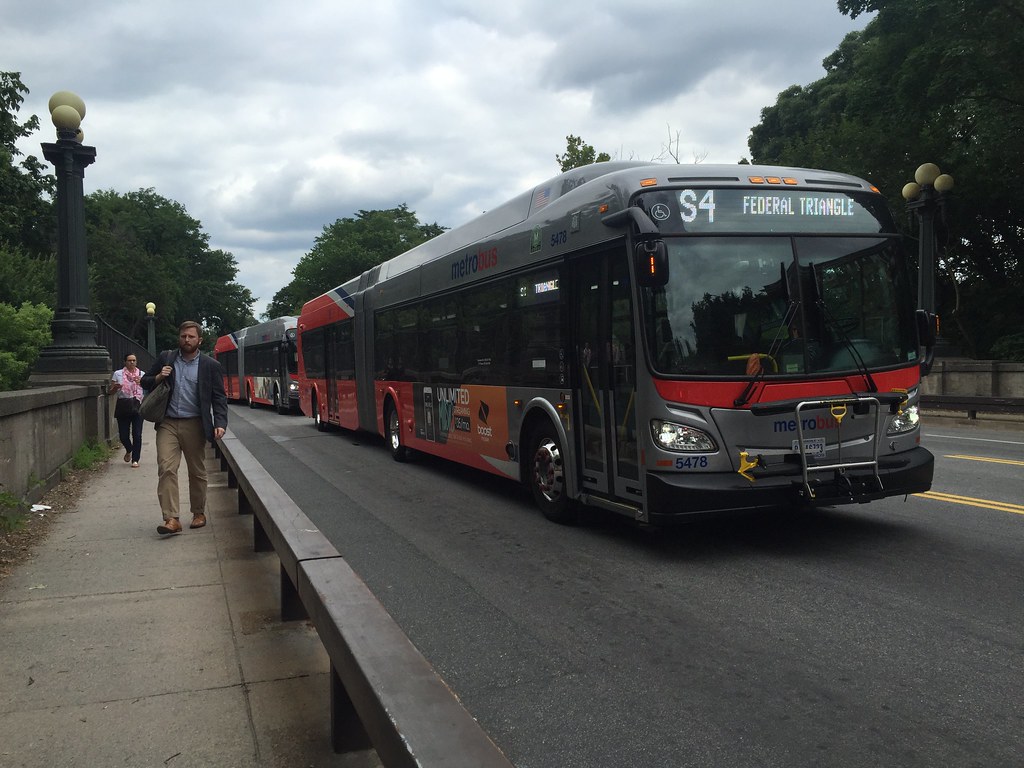 Before the age of Uber, riding the bus was a rite of passage in DC. It is now a lost art, which is a shame. Riding a bus teaches you patience, math skills and geography.

Plus, you get to overhear fascinating conversations! Taking the bus is the best way to learn about Washington beyond the monuments.

My transit experience helped me write several novels about the city, providing ideas and inspiration for my writing.

As a student at American University, my introduction to the city was through Metrobus.

That bus was the N2/N4/N6 bus which stopped at the edge of campus. Running down Massachusetts Avenue, it took you to internships in downtown DC.

It was a bus line that taught you patience. You’d get to the stop, check the schedule and then the bus wouldn’t appear. Or the bus would be pulling away as you arrived.

The random quality of the Metrobus experience taught me patience. Unlike Uber, there was no countdown to your ride. No estimated arrival time.

So, I’d sit down and wait, with only my thoughts for company in this pre-iPhone age. There’s a quote in the novel Less: Boredom is essential for writers.

If you want to be creative, take the bus. Plenty of time to let your mind wander.

It’s 6:32. The 96 bus to Adams Morgan will be across the street at Wisconsin and Woodley at 6:58. Do you have enough time to finish your plate of spaghetti?

That and other dramas were part of my life when I lived off campus in an apartment building. My home was well-served by the 30s bus, which ran constantly along Wisconsin Avenue and the 96, which ran infrequently to Adams Morgan.

My roommates and I liked to take the bus to the 18th St bars of Adams Morgan. But the 96 bus didn’t run that often, particularly on weekends.

So, we became adept at math problems like the one above, adding and subtracting, factoring in walk times, the probability of the bus being late and the speed at which a plate of pasta could be shoveled down.

We even counted money, in this era before SmartTrip cards. There’s a pile of nickels and dimes on the kitchen table – is that enough for the bus?

There was something really satisfying about running for the 96, jumping aboard with no time to spare and then feeding loose change into the fare box as the bus rolls away.

One of my first jobs after graduation was a temporary job at the National Rehabilitation Hospital.

Located across the city, it required me to take the H2 bus west to east from Tenleytown to Washington Hospital Center.

This was pre-gentrification DC. Marion Barry DC. Murder capital of the country DC.

The bus would chug from leafy Northwest, through tony Cleveland Park and then cross Rock Creek Park, the barrier between good and bad in DC at the time. The bus would go down Irving Street, where the Target is now, past boarded-up buildings and one of the largest open-air drug markets on the East Coast.

The bus is different from taking an Uber. An Uber will take you directly to your destination. Bus routes wind their through cities, picking up passengers here and there, as they go from neighborhood to neighborhood. By taking the bus you learn the place.

It was an education, revealing a whole other city beyond the world I knew west of the park. A city full of stories. This experience, of seeing DC at its roughest, eventually ended up in Murder on U Street, which is set in many of these same neighborhoods.

I’ve lived in DC forever. There’s only one bus that scares me: the X2. Running down H St, from the White House to Benning Road, it’s the Jerry Springer show on wheels.

Everyone has their X2 story. The craziness doesn’t just happen inside the bus – a teen was caught holding on outside to the back of the bus.

The line uses articulated buses that are twice as long as normal buses. Miscreants congregate in the back, far from the driver and engage in all sorts of illicit trade. The bus attracts even more crazy people than normal – the babblers, the shouters, the recently released.

Sit there and listen to people on their phones discussing court cases, relationship problems and family issues, like a George Pelecanos novel set on public transit.

As a writer, it’s great. Buses are ideal for hearing other people’s stories. Remove your earbuds and listen to the drama around you.

Take the bus! It’s easy – get a SmartTrip card and the NextBus app to navigate your way around Washington. Learn patience, math and geography while you’re entertained by overheard stories from city residents.