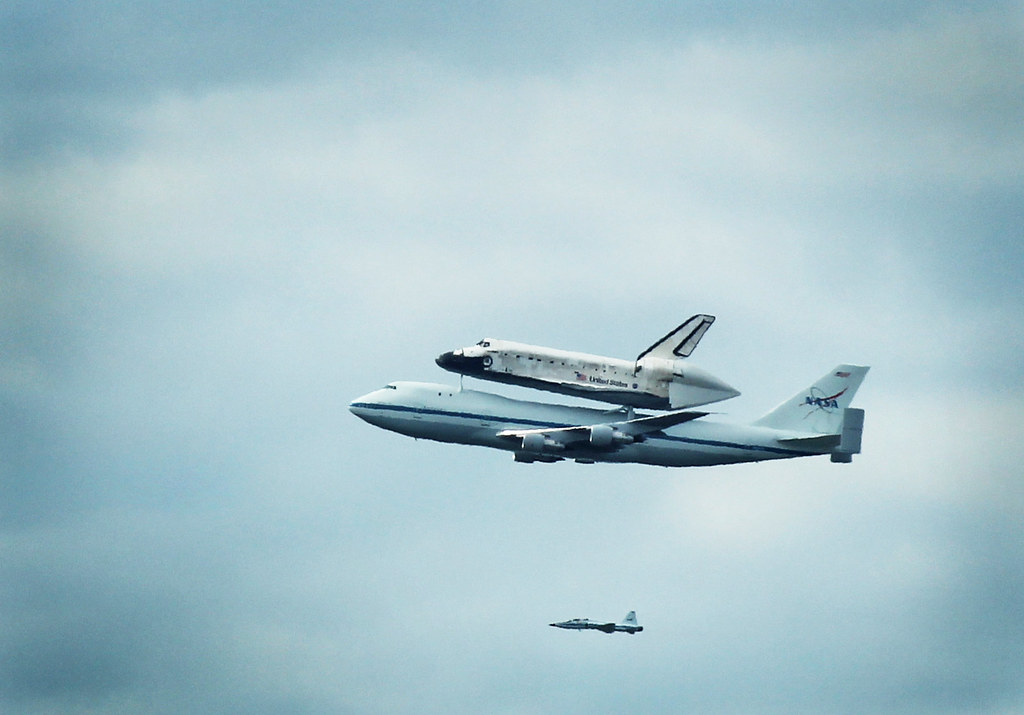 Seven years ago today, I stood on a roof as the Space Shuttle said goodbye.

As I watched it circle Washington, DC on the back of a 747, it seemed like the end of an era – because it was. No longer would we be a people who went to space.

The Space Shuttle was too old. Too expensive. Too dangerous.

Rather than fix it, we got rid it. Rather than replace it, we chose to do nothing. It was too hard so we, a nation that had sent a man to the Moon, let the Space Shuttle fly off into the sunset, our space program reduced to a museum exhibit, just a memory for people old enough to remember the age of exploration.

People like me. Going to high school in Florida, we were let out of class to see every Space Shuttle launch. Even in Orlando it was visible, a towering cloud of smoke ascending into the atmosphere as the shuttle escaped the bonds of Earth.

No more. All gone, Democrats and Republicans agreeing that the time of manned space exploration had passed, as if Columbus was forced into retirement when he returned from his discoveries.

We, as a people, would no longer do great things. Grown cynical, we no longer believed that government could accomplish much.

I worked in government. I knew government waste. But the Space Shuttle was a tiny program compared to the billions wasted on endless war or shoveled to greedy seniors.

If we could not keep the Space Shuttle flying, what could we do?

Nothing. I saw it where I worked at NOAA, as Congress chipped away at the agency’s budget, refusing to maintain a weather forecasting system that was the envy of the world. Rather than replace meteorologists who retired, remaining staff were forced to work long hours. In my office, the computers were ancient and to get office supplies, you had to know someone.

Lawmakers didn’t care, knowing that their constituents had lost faith in government, despite the evidence all around them, such as tornado warnings and disability checks. Government was not something we did together, but something we took for granted.

Sometimes I wonder, how did we get to Trump? We lost confidence in our ability to do great things as a people, setting us up for charlatans like the current President.

But we can do great things, because we’ve done great things before. The proof is in the society that we’ve built together. Frayed and under pressure, but still there.

It is time that we, as a people, have faith again. Americans were meant for the stars. It is time we renounced con artists and took up our destiny. The candidate who wins in 2020 will be the one with a vision for the future as bold as the Space Shuttle.