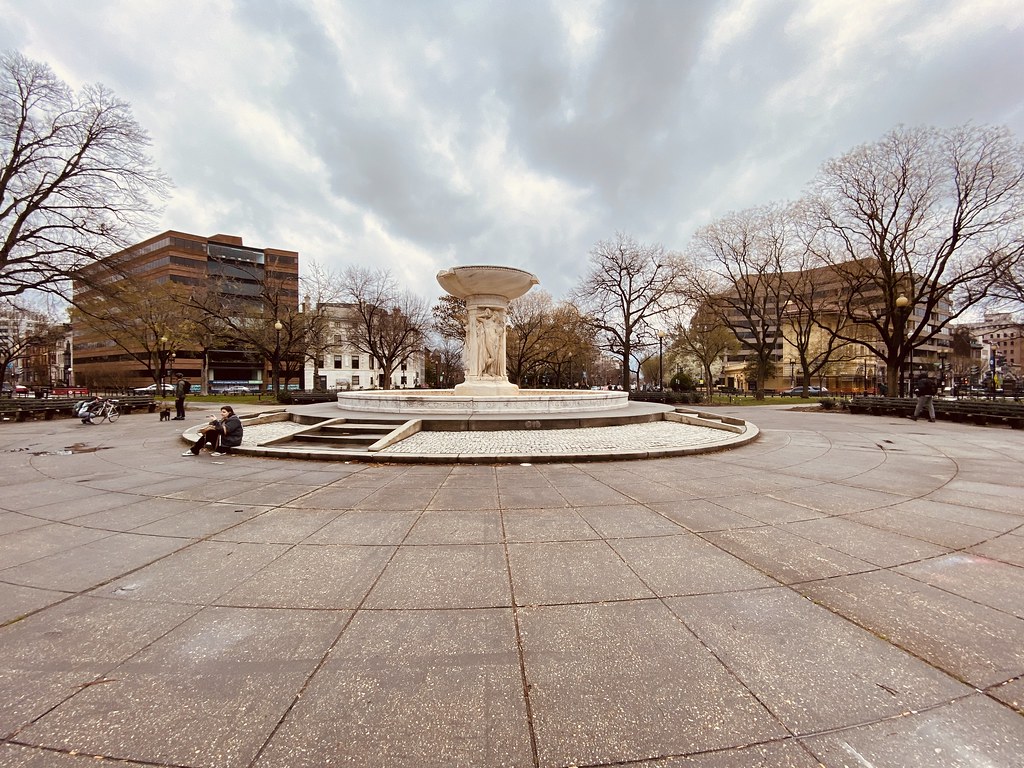 With the approach of coronavirus, Washington is rapidly emptying of people. Meetings, conventions and parades have been cancelled. The Smithsonian has shut down. Everyone who can has switched to telework.

The city feels like a ghost town, absent the daily influx of tourists and commuters. It happened quickly last week, the cancellation of the NBA season triggering the shutdown of everything else. What seemed like a joke became a terror.

Social distancing is recommended.  I’ve been practicing it for years. You’d think it would be difficult in a big city to avoid people but the opposite is true.

I walk or bike places, naturally keeping a six-foot distance from others. If I go to a coffee place and there’s too many people, I go somewhere else.

And I’ve been teleworking most of the time for the past year so I’m not trapped in the recycled air of modern offices. I interact with people, but not in large groups. On some days, the only person I talk to is a barista.

Friday was strange. 14th Street is usually jammed with crazed Maryland car commuters heading downtown but they had all disappeared, as if a neutron bomb went off. Street parking was even available!

I had to go the Apple Store to get a case for my new iPhone. On the way, I stopped for coffee at the Starbucks in the Marriott Marquis, the big convention center hotel. They have a beautiful lobby designed to fit hundreds of people. And I was the only one in it. So quiet that I could hear myself typing.

At the Apple Store, I got my case. A twinge of concern for myself and the Apple employee as we both handled her iPhone to swipe my debit card and enter my PIN. Apple stores are now closed until April.

On social media, people have been shaming Washingtonians for going out during the crisis, posting photos of folks in bars and restaurants.

I went to Glen’s Garden Market last week because I like that place and want it to survive. Saturday morning, I played soccer as usual (with jokes about social distancing). Afterwards, I biked to the DC Library West End branch to pick up a book on hold before the library system shut down.

I’m not going to judge other people. What seems frivolous to me may be essential to you.

Going to Whole Foods this morning was probably the riskiest thing I did all week. The grocery store appeared as if it had been looted overnight but I needed a couple of things. After waiting in line with a dozen people, all inches apart, I watched as a cashier handled my food with wet gloves and placed it in a bag.

More than one person has suggested that I use this quarantine time to write another book. Shakespeare was at his most productive during the plague, as was Isaac Newton.

Instead, I obsess over the news and social media. The difference between then and now is that plague was common in the 17th Century. But in 2020 America, death shouldn’t sweep in a wave across the continent.

Shouldn’t our government protect us? We’re a superpower. Anne Applebaum has an excellent essay in The Atlantic about how the coronavirus crisis exposes the rot of American society.

We brag about being the best in the world but every major American institution, from the phone company to the dunce in the White House, is broken. Why don’t we make real shit anymore? In America, things only work if you have money or connections, like late-stage USSR. Coronavirus is our Chernobyl, ripping away the facade of an exhausted empire slumping toward collapse.

Maybe some good things will come out of this, like a greater acceptance of telework and the need for universal healthcare.

Americans will remember panic shopping for toilet paper. The fear of death will stay with them long past Election Day. Now they know the consequences of electing a corrupt, evil and incompetent leader.

Change is coming. May we use this crisis to build a better country that works for all its citizens.