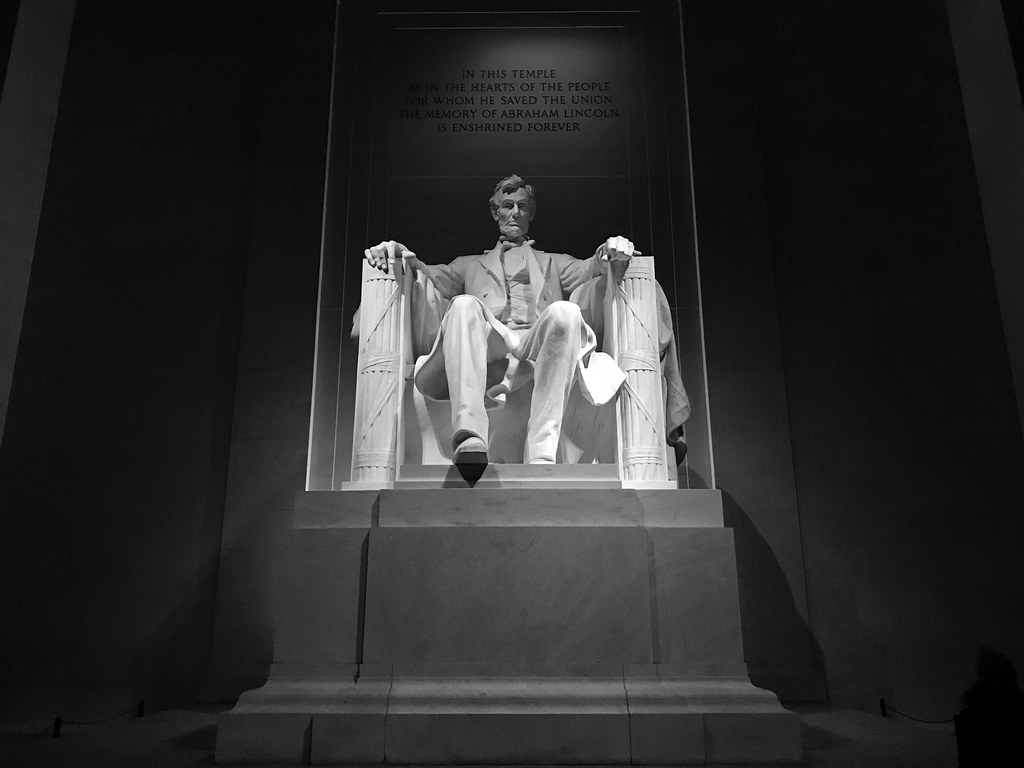 I’m reading the wonderful Lincoln on the Verge, which beautifully captures Old Abe’s rail journey to Washington after his election.

There were two countries in 1860, the year Lincoln was elected. A free and prosperous North and an aristocratic South where wealth was built by slavery.

Despite having a smaller population, the South had elected most of the presidents during the nation’s history. Congress was run for its benefit. The Supreme Court was stacked in favor of slave-masters.

Thanks to the Supreme Court’s Dred Scott decision, the long tentacles of Slave Power had spread north as federal marshals hunted escaped slaves in states like Ohio. It was all perfectly legal. And obscene.

Washington was a swamp, literally and figuratively. Filled with half-completed monuments and stinking canals, it was a city controlled by powerful men in the lobby of the Willard Hotel. A new term was developed for them: lobbyists.

The Republican Party was formed in response to this corruption and the endless compromises that kept the slavers in power.

Lincoln was a fresh voice who spoke in simple terms that any person could understand. He said:

A house divided against itself, cannot stand.

I believe this government cannot endure permanently half slave and half free.

It will become all one thing or all the other.

Either the opponents of slavery will arrest the further spread of it, and place it where the public mind shall rest in the belief that it is in the course of ultimate extinction; or its advocates will push it forward, till it shall become lawful in all the States, old as well as new — North as well as South.

Plots were hatched to prevent his inauguration.

Parliamentary schemes were proposed of the type that would be familiar to Mitch McConnell. There was talk that Congress, still controlled by the South, would refuse to certify the election.

Conspiracies formed in Baltimore to assassinate the President-Elect.

Armed militias drilled in towns like Alexandria to oppose the federal government.

Lincoln on the Verge depicts how Abraham Lincoln made it to Washington, protected by a nation that wished to reclaim the true American ideals of equality.

More than a century later, the institutions of government are controlled by lobbyists once again. The canals of Washington are long gone but the city is still a swamp. Corporations have been bailed out while ordinary people line up for food banks. The stock market is juiced by a Federal Reserve devoted to printing money, which props up asset-owners while leaving the poor with less.

An America of the grift, controlled by the Trump crime family, where favored industries are bailed out and insiders are tipped to dump their stocks before catastrophe.

An America of a precarious working class, one paycheck away from starvation.

As told in Lincoln on the Verge, the United States found its champion at exactly the right moment in history. During the long journey to Washington, the people propelled Lincoln forward. They made him as much as he made them.

That is our task now. To fight for our country.