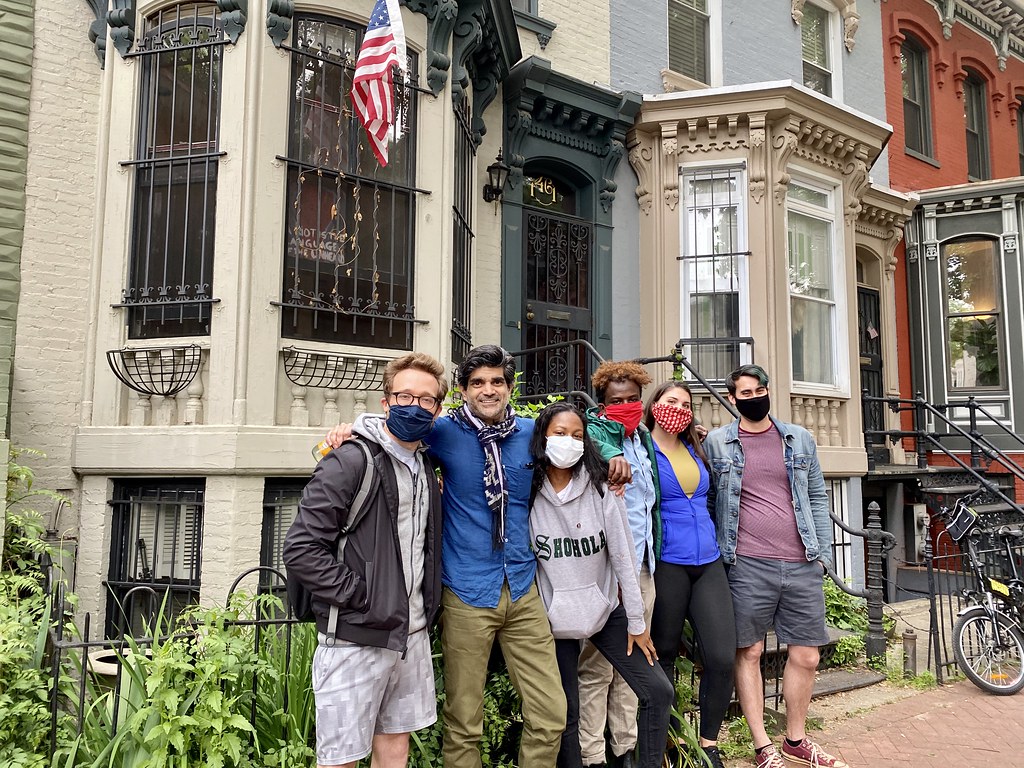 I have a photo of Rahul Dubey in the Swann Street Report from the ACLU, which covers the mass arrest of protesters in DC. Here’s the story behind it.

June 1, 2020, was a very dark day in Washington’s history. The night before, protests against the death of George Floyd had grown violent. Windows were smashed downtown and drug stores hit by gangs of pill thieves.

Trump decided he had to do something. That something was a PR stunt.

Protesters were violently cleared from Lafayette Park so that Trump could have a photo-op with a Bible. The Park Police and other agencies beat and tear-gassed people protesting police violence, just in time for the national news.

But that was just the start of the rampage. In addition to the police, armed troops were let loose upon the city. From my apartment a mile from the White House, I watched Black Hawk helicopters thunder at rooftop height. From the seventh floor, I was at eye-level with the pilots.

With a curfew in place, most of the protesters went home. Some carried on and were joined by others outraged by what had happened in Lafayette Park. I slipped out of my apartment and filmed as they marched up 14th St. 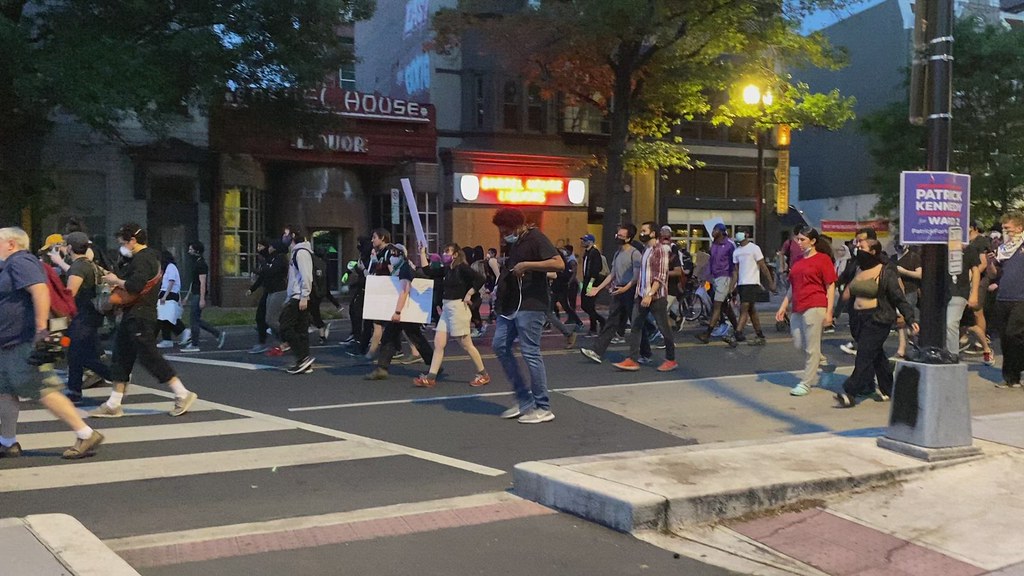 The Metropolitan Police Department got ahead of them, blocked off streets and redirected the protesters until they were trapped on the 1400 block of Swann St NW.

I know the street well, having lived at 15th and Swann for years. My short story, Apartment 101, which won the Washington City Paper contest, was set there. Swann Street is a narrow, one-way street lined with gingko trees that turn gold in the fall.

On the night of June 1, I read alarming tweets from the block as kids were “kettled” by the MPD. The city had been sued for using this tactic and had to pay out millions in settlements. But now they were kettling people again.

As the young protesters were squeezed together, sprayed with pepper spray and arrested, a hero emerged: Rahul Dubuy, who opened his home to protesters, giving them shelter.

I still live in the neighborhood and was outraged that such violence could happen here. The next morning, I hopped on Capital Bikeshare to see for myself. On Swann Street, there was little sign of the chaos from the night before. Rahul was standing out front with a few of the teens that he had sheltered from the police.

I introduced myself and said what had happened was terrible. I then asked if I could get a picture, wanting to memorialize this hero. It’s an iPhone shot and shows how comfortable Rahul is with the people that he had just had met hours earlier. He not only opened his home to them, he kept them safe with the police pounding on his door.

That’s a remarkable act of courage, demonstrating a faith in humanity that was rare in 2020, which is why he is a hero.

One thought on “Behind the Photo: Rahul Dubey”