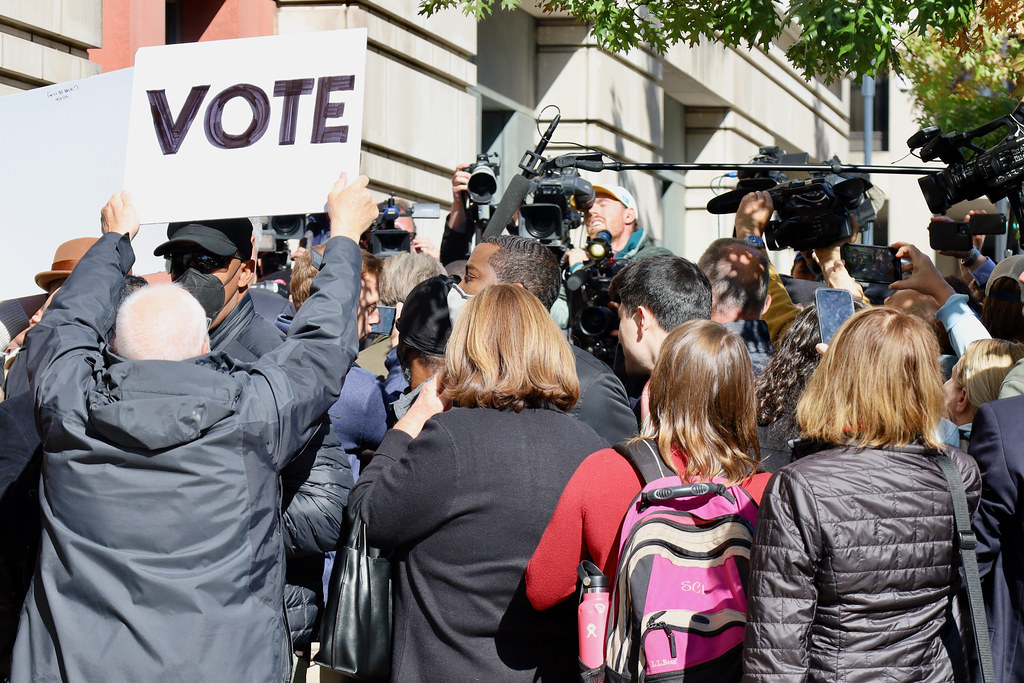 What Europeans don’t understand about America is that we’re no longer the brash, confident Reagan-era country that they remember. Instead, we’ve become two nations – Red and Blue – with vastly different politics, cultures and outlooks.

A European friend described to me an American experience that puzzled her. She wore a mask to the Grand Ole Opry, not wanting to risk getting other people sick.

Virtually alone in her mask, she got dirty looks from the elderly folks in the audience.

Because wearing a mask is a signifier of Blue America. It means that you “follow the science” and believe that covid is real. You must certainly voted for Biden and are pro-abortion. Wearing a mask is a provocative act in the Red State of Tennessee.

Traveling around the country, you’d could determine how an area votes just by the presence of masks. Not just between states but within them as well. Washington, DC, where I live is very pro-mask and never votes Republican.

Yet, if I travel south across the Potomac, the masks disappear and they won’t reappear again until I get to a blue dot of a city like St. Petersburg, FL.

It’s like that with every issue in America now. There’s a red side and a blue side.

You see it news stories, like how a mural upset parents in Michigan. In an innocuous piece of art, some parents saw Satanic symbols and dangerous support for diversity. In a public forum, these parents harassed school officials and the young artist until the mural was changed.

“Local mob censors student artist,” would be the headline from NPR if this was any other country. It would be an example of how intolerant other countries are – but not us, the enlightened United States. It’s hard to admit when you’ve become the primitives.

How can this be America? Footnotes are needed explain this story to non-American audiences:

And one more: The Cruelty is the Point.

What kind of person humiliates a kid in a public forum? Because that’s what parents did, as they stood up to condemn a teenager.

The Republican Party no longer has a platform. Cruelty is the only thing that remains. The cruelty is the point.

If you’re a Republican, you want to punish “enemies” like transgender kids, Biden voters and mask-wearers at the Grand Ole Opry, all in an attempt to roll back the clock to an America that never existed.

That’s what Europeans don’t understand about America. The brash, Reagan-era country that tore down walls and took on an evil empire is no more.

We’re two countries now. A Blue America that is tolerant and democratic. A Red America caught in conspiracy theories.