Record heat is predicted this weekend. But last weekend was plenty hot for me, so I got my biking in early Sunday morning.

I was up at 7 and out the door not too long after. Sunday morning is the best time to bike in DC, with very little traffic in the city and before the tourists arrive. I cruised over the Memorial Bridge and on to the Mount Vernon Trail. Destination: Alexandria.

Approaching the boardwalk on Daingerfield Island, a cyclist going the opposite way shouted an incoherent warning to me. Wonder what that was about?

There had been a storm overnight, leaving a massive tree branch across the trail. The bridge was damaged – chunks were missing from it and debris was scattered everywhere. I walked my bike through this mess, stepping over the missing boards.

After having coffee at the Starbucks in Old Town, I decided to take a different route home, to avoid the tree across the trail.

Cameron makes a nice alternative to King Street, a low-traffic route that led me up from the river and to the Potomac Yards Trail, which parallels the train tracks into DC. I followed this new trail for about a mile before detouring into Del Ray on Monroe Av.

There, I passed a beautiful-looking Swing’s Coffee across from a park – that’s where I should’ve had breakfast! I filed that way for next time.

Making a right on Mount Vernon (the avenue, not the trail), I idled through Del Ray. It’s like hipster Alexandria. It was early but there was a line to get in to a place called Stomping Grounds. If only I knew they had biscuits! Another place filed away for next time.

Mount Vernon takes you back to Four Mile Run. Along the way, I passed this bus, which I found very interesting. Traveling the country in a rolling coffee house – that sounds like a dream.

Rather than take Four Mile Run to the Mount Vernon Trail, I went through Crystal City, stopping to take in this spooky bit of art near some new apartments off Route 1.

Then I got back on the Mt Vernon Trail and returned to DC, just as buses began disgorging hordes of tourists at the Lincoln Memorial. The day only got hotter after that. Glad that I got in my Del Ray ramble early.

I’m going back for biscuits. 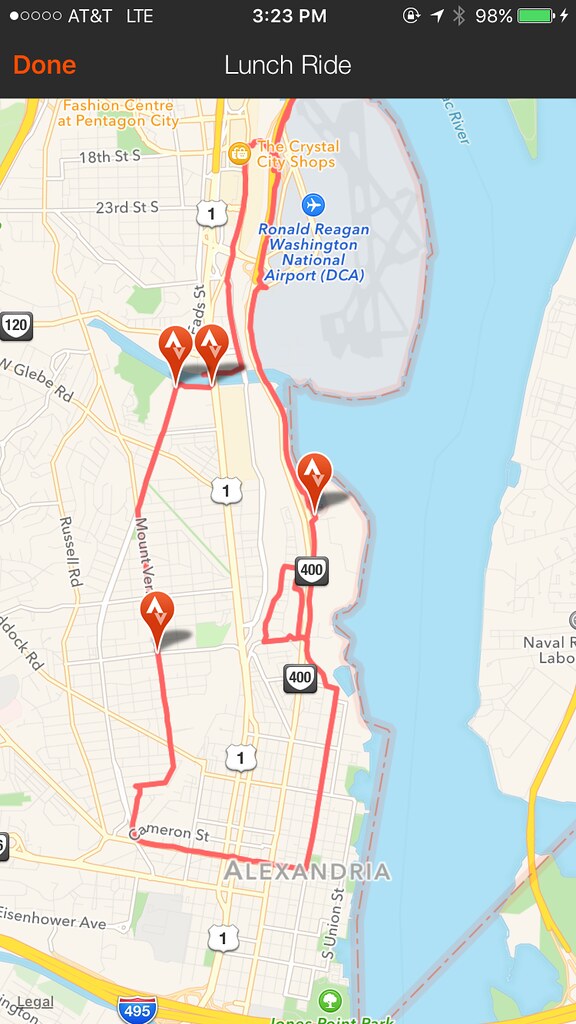 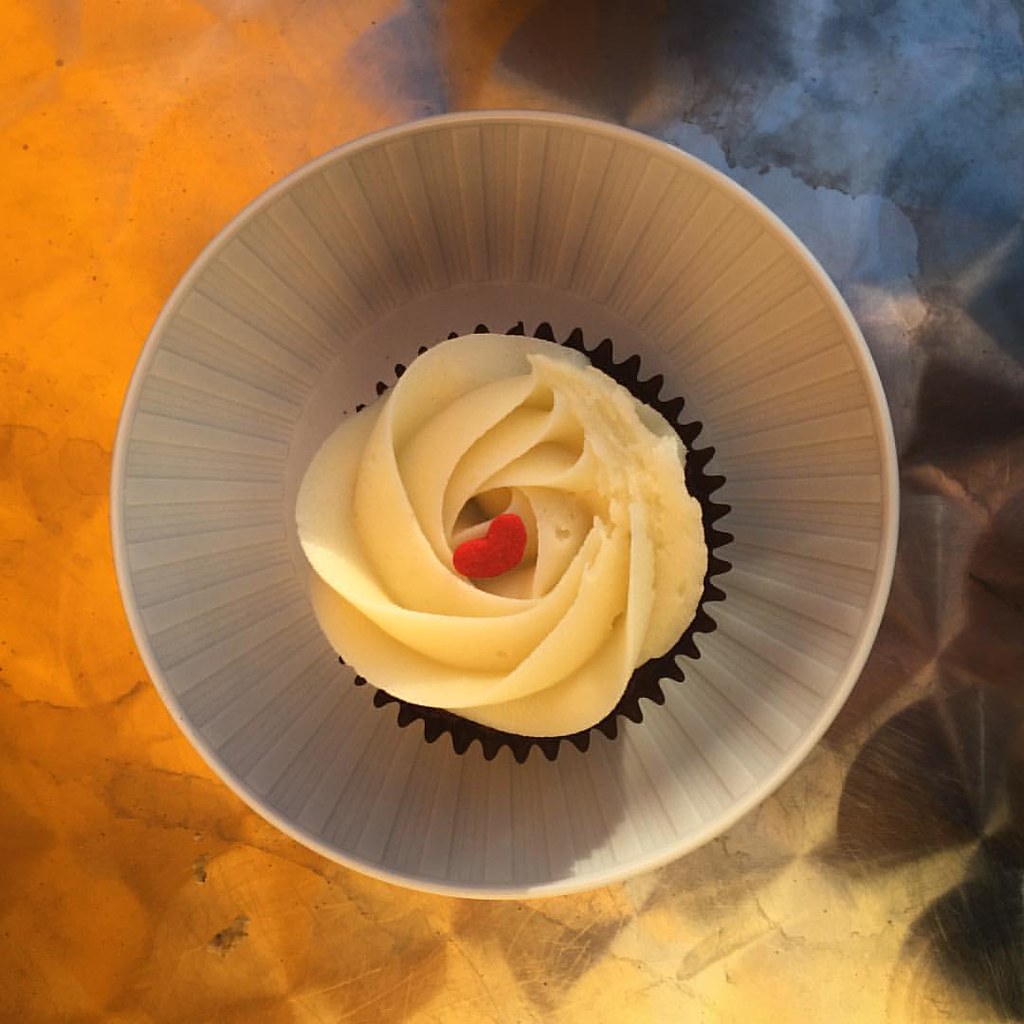 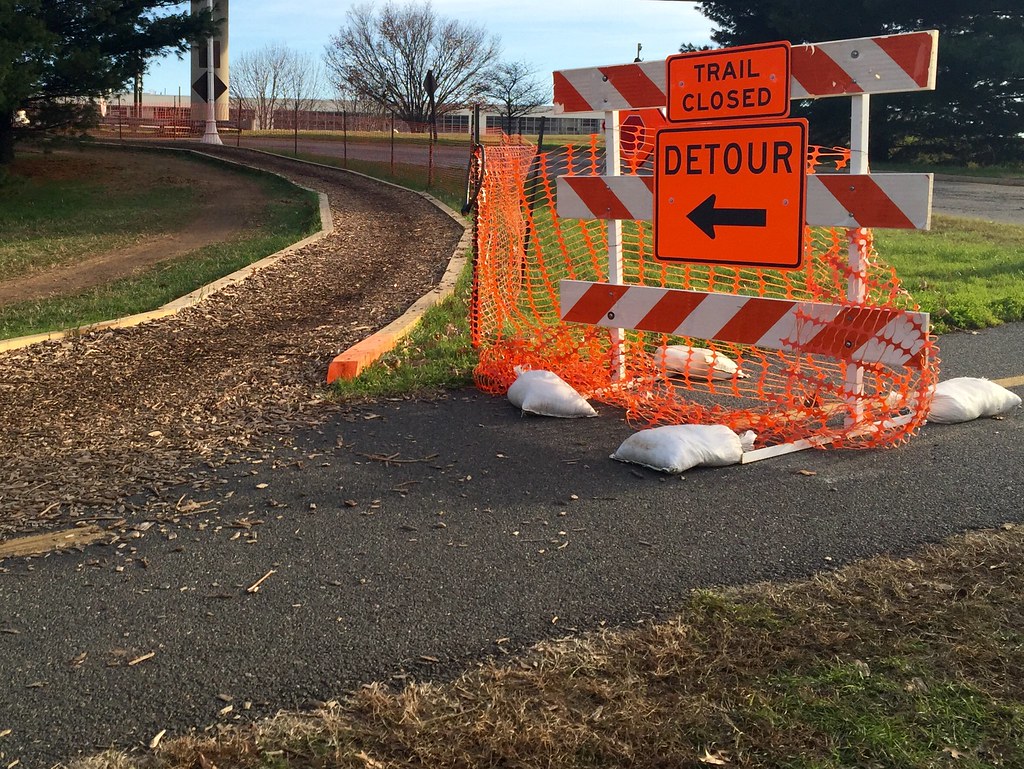