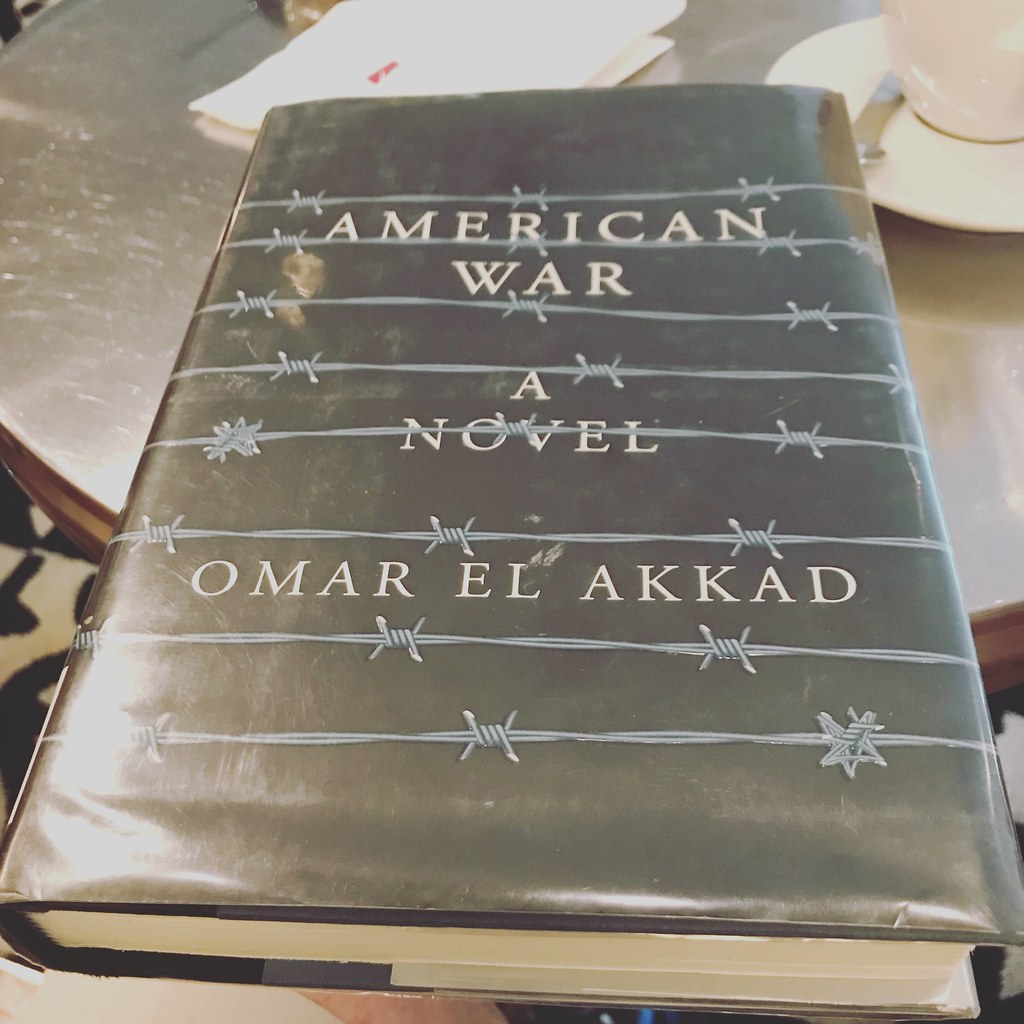 The problem with most dystopian fiction is that it’s too neat, taking place far enough in the future to feel exotic, but familiar enough so that we can picture ourselves in the action. Katniss Everdeen could be your teen neighbor, confronting tyranny the same way she protests changes in the school lunch menu.

In contrast, American War by Omar El Akkad feels too real. It’s an America just twenty years in the future, a day that most of us will live to see, depicting a world in which our decline has continued into catastrophe. A country split by red and blue has stumbled into a second Civil War.

The world intervenes in the conflict, like we intervened in Iraq, Syria and Afghanistan. But this time it’s the Arab world rescuing the new one. The Red Crescent builds refugee camps. Food aid arrives on ships. And arms and advisers are sent to the Southern side to continue the war.

But in American War, we don’t learn this until later. Unlike other dystopian novels, we don’t know exactly what’s going on at the start of the novel. War comes to an isolated homestead in the American south. A family must decide whether to stay, fight or flee.

Omar El Akkad has reported from countries wrecked by American intervention. He takes their stories and places them here. His brilliant novel is about the collapse of our civilization, the desire for vengeance and how war has a logic of its own, imposing dreadful decisions upon even the most enlightened citizens.

American War shreds the neat formulas of dystopian fiction to show a future that is far too real for comfort. It also illuminates the deadly cost of our own overseas interventions by placing war in the United States. In this novel, we’re the refugees, the soldiers and the terrorists, all trying to find safety in a devastated land.