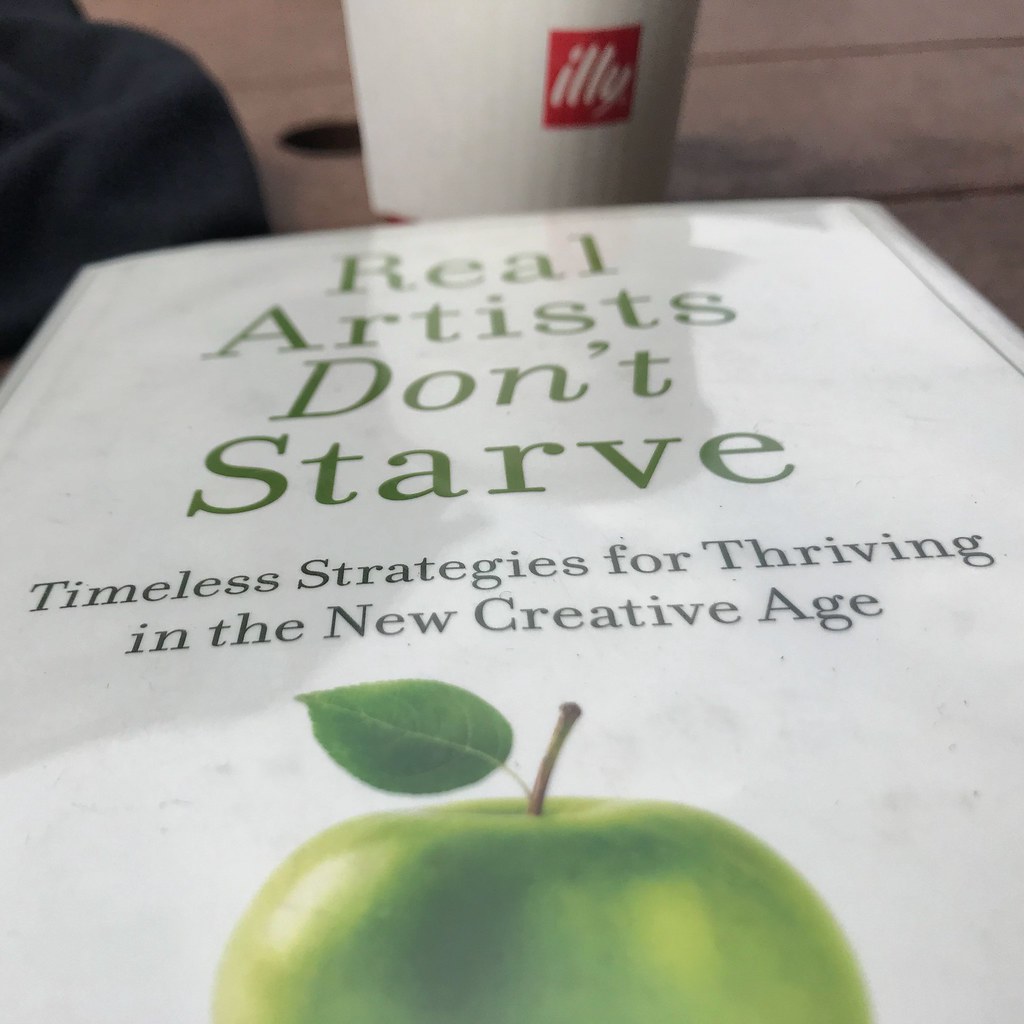 The Starving Artist is just a story we’ve told ourselves, according to Jeff Goins, author of Real Artists Don’t Starve.

And it’s a story that we can change. Marshaling examples from history (Michelangelo was the Steve Jobs of the Renaissance), Goins demonstrates that you don’t need to starve to pursue your art.

Rather than seeing money and creativity as diametrically opposed, see them as intertwined. Money allows you to make your art. Michelangelo was not content to be a starving artist – he demanded to be paid. Money is a form of respect.

Prior to his stand, artists were considered mere craftsman. When the Pope sent Michelangelo a letter addressing him as a commoner, he sent the missive back, demanding be addressed as a nobleman. He believed that he was descended from a noble family. It turned out not to be true but this belief is a helpful one for an artist.

Michelangelo kept careful records of what he was paid, and owed, as he supervised vast construction crews during the building of St. Peter’s Basilica. More than just an artistic genius, he was running a business during the Renaissance, and died a wealthy man.

Michelangelo understood that artists need patrons – Popes and Medicis – and artists need networks of collaborators to complete their work. The myth of solitary genius is another false idea we cling to.

His genius did not arise of out of nothing. Michelangelo apprenticed with earlier artists, learning by copying their work. We’d call what he did forgery – he made copies of Roman statues that were passed off as original – but this work taught him the classical principles that he needed for his greatest work.

All artists copy. There is nothing new under the sun. Michelangelo remixed Greek and Roman influences to restart Western Civilization in Italy.

Real Artists Don’t Starve is much more than Michelangelo, encompassing anything from the muppets of Jim Henson to paintings sprinkled with moon dust. The bibliography alone is worth the price of the book.

But the story of Michelangelo – painter, sculptor, architect and poet (yes, that too) – is the one that stayed with me, this Renaissance man alive for an explosion of culture and technology. A time much like our own, with new opportunities for artists willing to discard the myth of the starving artist for something better.