Here’s to Jon Gann, who recently left the DC Shorts Film Festival after thirteen years at its helm. In 2015,  the festival showed 125 films from 26 countries in 17 unique showcases over 11 days to audiences of more than 9,000 people. DC Shorts was ranked as Moviemaker Magazine’s Coolest Short Film Festival for a reason – Jon created a festival that was for filmmakers, putting them at the center of the action.

I’m glad that I got to be a part of this unique event that brought so much joy to audiences and filmmakers. Meeting Jon literally changed my life – he’s one of the “superconnectors” who knows everybody and everything in the city. Need an event space for a 1000 people? Want the gossip on a local councilmember? Where can you find the best bagels in DC? Ask Jon and he’ll know.

I met Jon through a screenwriting group. When DC Shorts created a screenwriting competition, he asked me to help. I’ve done so every year since. The great thing about Jon is once he has confidence in you, he thinks you can do everything. I went from reading screenplays to managing the competition, a responsibility that put me on stage before hundreds of people – something I never imagined myself doing.

I loved being part of DC Shorts. I met actors, filmmakers and other creative types. It was  inspiring to see scripts go from the printed page to life on screen.  While I was never part of theater, putting on the live screenplay readings was like doing a staged play – it’s an exhilarating experience seeing the whole production come off.

Once Jon discovers you are useful, you get lots more to do. I also managed event photography one year, supervising a couple dozen photographers as we covered the festival. An exhausting experience that taught me that I never wanted to be an event photographer! Having your picture snapped at a red-carpet event is glamorous. But for the photog, it means hours on your feet and lots of photos to edit. 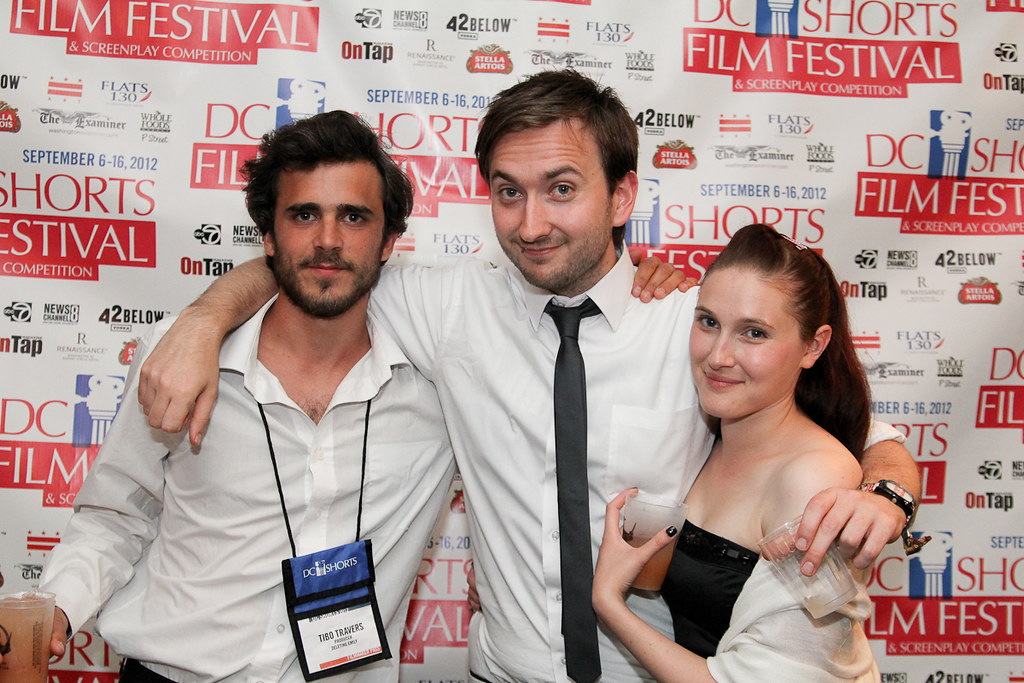 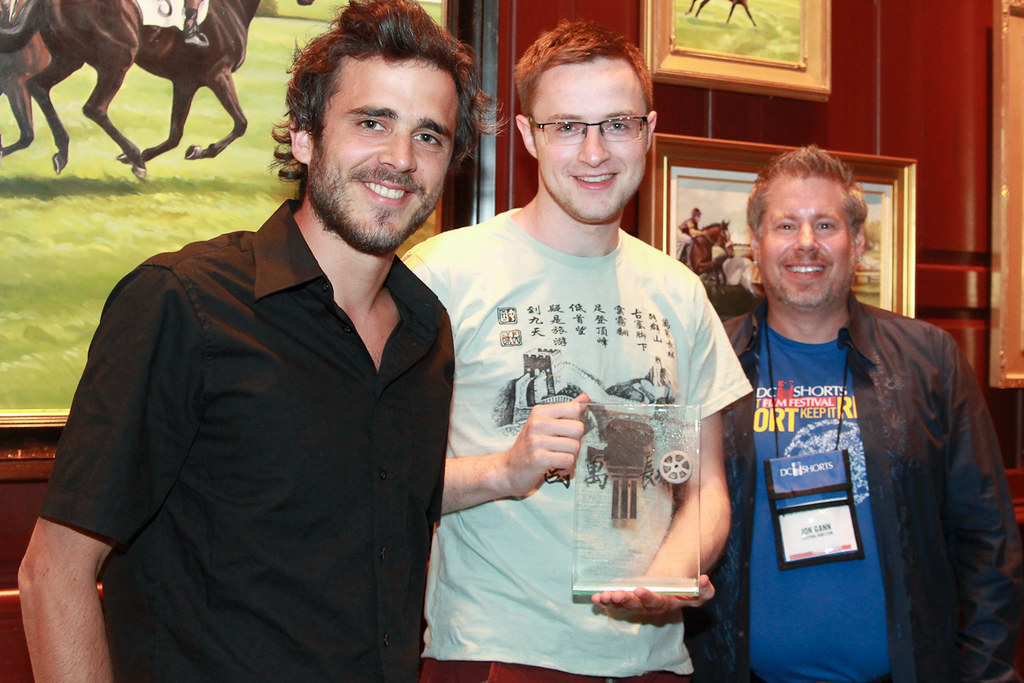 I’m not going to say that working with Jon was easy – anyone who knows him would know that’s not true.

Every year, I saw him go through a roller coaster of emotions during DC Shorts. On the opening night of the festival, he’d be convinced that everything was going to be failure. Where’s the food? What happened to the volunteers? Will we get press? He’d reach a fever pitch of anxiety (one I steered clear of) on the second night before collapsing into acceptance on the third night. Then he’d disappear and go drink bourbon with Kelley Baker.

By the time Sunday rolled around, he’d be content and verklempt, tearing up as he told the story of why he created the festival, before an audience of filmmakers who adored him.

But, after a while, everything has to end. In just a few short years, Jon took DC Shorts from an idea in his head to one of the largest short film festivals on the East Coast. Now he’s on to something new.

I volunteered for DC Shorts year after year because it was about helping filmmakers. Under Jon’s tenure, DC Shorts also had a commitment to quality, from the films selected to the drinks at the party. As a volunteer, you want to feel that your work has meaning – and I did, getting to select scripts and take photos.

I don’t know what’s next for Jon, but I predict it will embody the values of DC Shorts – helping, quality and meaning. Here’s to the next big thing!