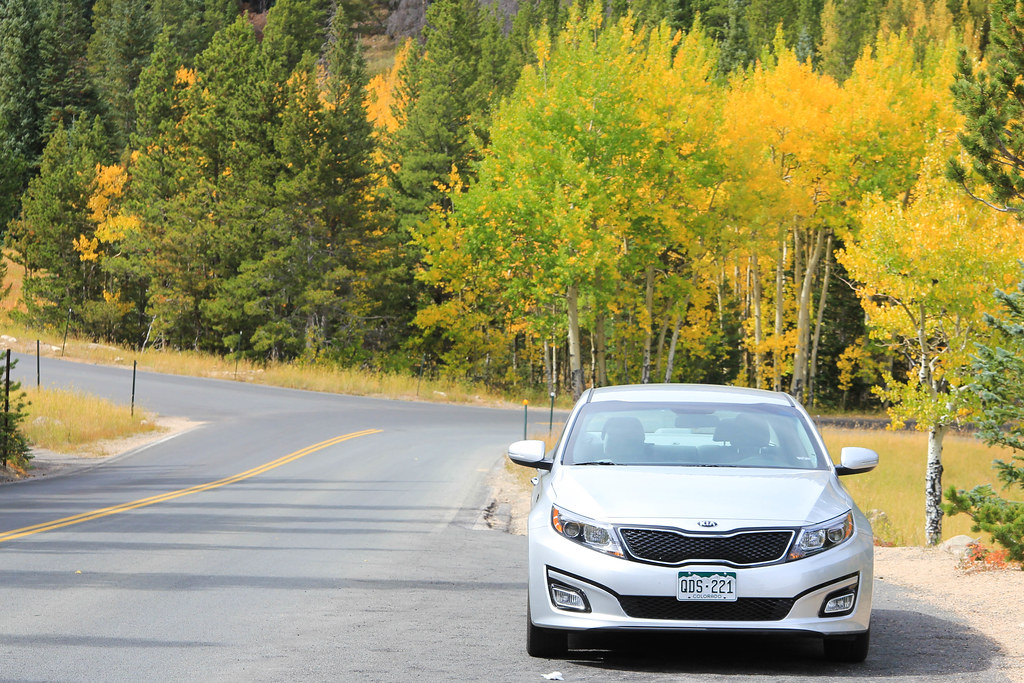 For someone who doesn’t own a car, I do like driving. There’s nothing I like more than a long road trip, especially one out west. Over the summer, I flew out to Colorado and then spent a week driving around, taking in hip Denver neighborhoods, the majesty of Rocky Mountain National Park and the wide open spaces of Wyoming.

The previous summer, I started in Las Vegas and did the drive of a lifetime, cruising down Highway 12 in Utah, enjoying red rock deserts and serpentine descents down black asphalt without another car in sight.

A few years before that, I rented a car in DC, drove over the green Appalachians and kept going, across the deep South, through a Texas blighted by drought and then up through New Mexico before returning via the endless prairies of Kansas.

There is something uniquely American about taking a road trip. It’s the experience of being the only car on the road, two lanes stretching to the horizon under a bright sky empty of clouds. Of driving beyond the FM signal, where you only have scratchy AM radio filled with preachers promising damnation. Of stopping in a small town somewhere, to hear your tires crunching under gravel. 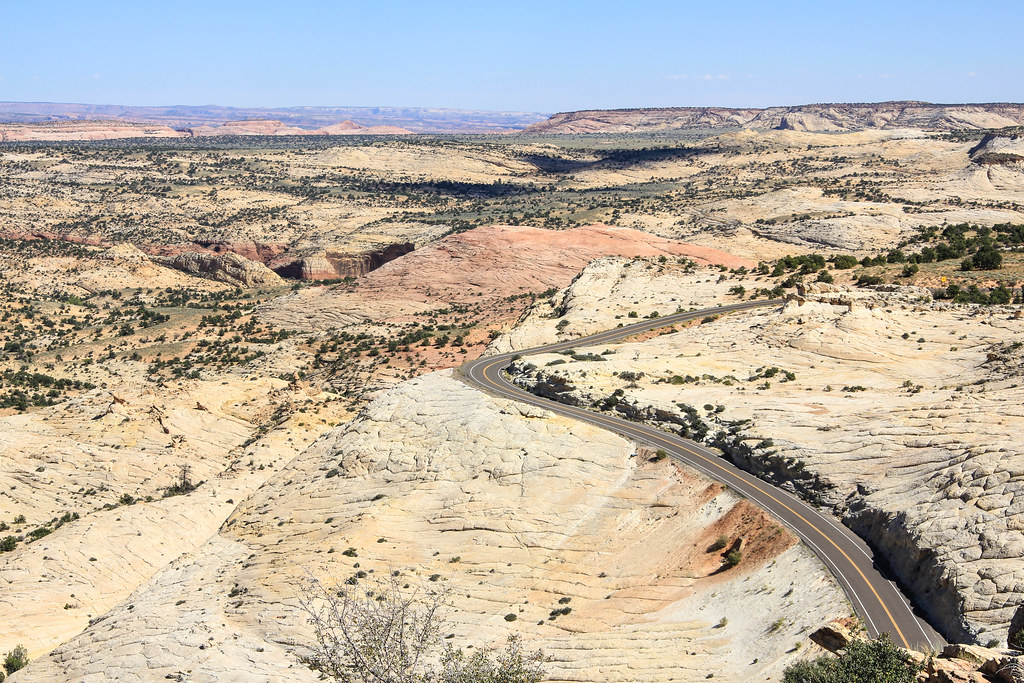 Every year, I drive down to Florida for the holidays. I love it. Thirteen hours of drinking coffee and listening to NPR. I have it down to a science – I leave on Sunday mornings (little traffic) and spend the night at a super-quiet Residence Inn outside Savannah. The next morning, I leave early, get to Florida, detour off I-95 to Jax Beach or Ormond Beach, then head on to my parents place in Orlando.

In Florida, people without cars are regarded as freaks. You assume they’re homeless – why are they walking? Biking is done on trails or sidewalks. Without a car, I wouldn’t even be able to get out of the vast subdivision where my parents live.

Over the Xmas break, I had a ton of fun driving. I went to the beach, explored new neighborhoods and went to my favorite Cuban place (twice). 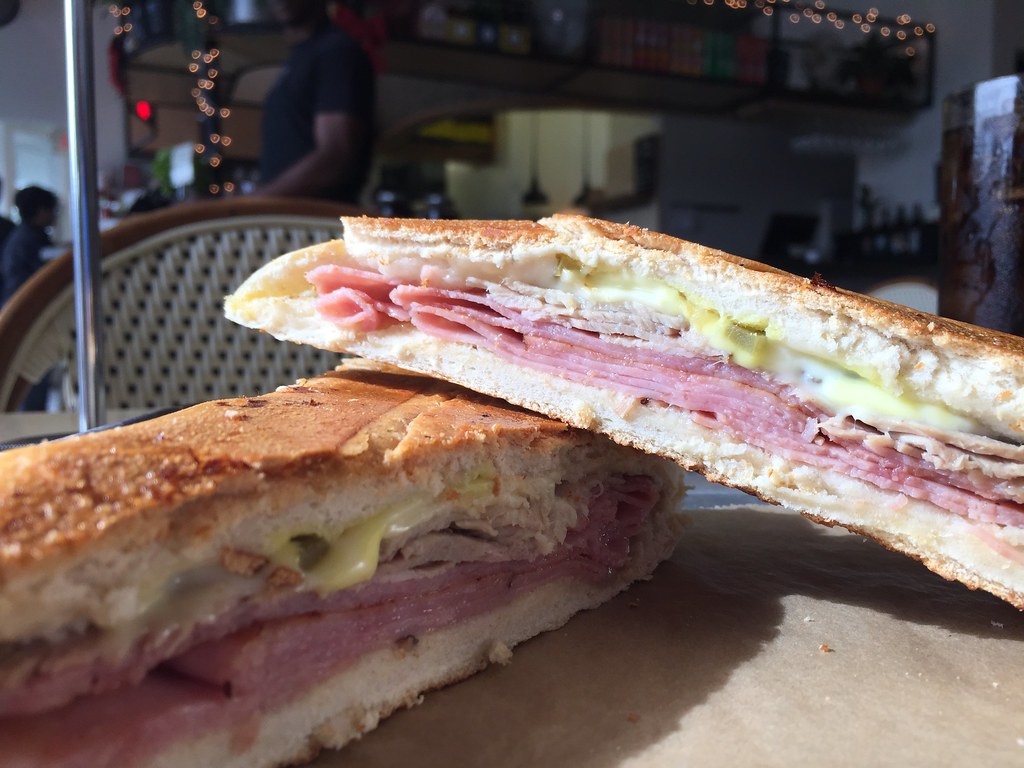 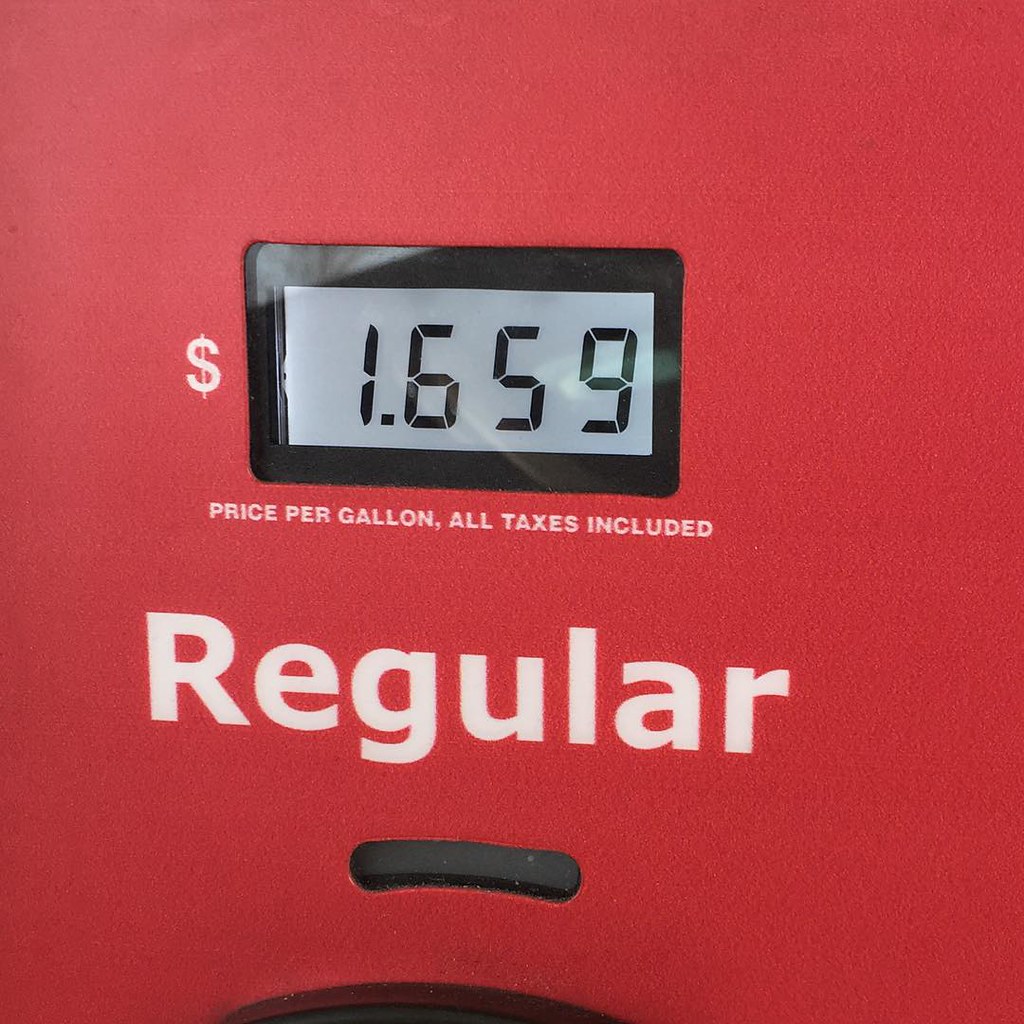 I thought that way until I reached Richmond on the way back. Sixty miles of stop-and-go traffic, from exit to exit, accelerating and braking, three lanes of cars inching toward DC. An ambulance roared by on the shoulder. WTOP reported a gang of ATV riders terrorizing drivers on the Beltway. They had stopped traffic and were setting fires.

After Springfield, traffic accelerated again, a mad rush into the city, sixty miles an hour, cars on one side, concrete barriers on the other. With a massive thump as I hit a pothole, I crossed the bridge into the city. A homeless man limped toward me at a light. I paused to let pedestrians cross and the driver behind me yelled, “Fuck you!” Ah, yes, the traditional greeting to the city.

I watched the car disappear at Avis, leaving me on the sidewalk with my foldy bike. This feeling of relief as you get rid of a car – there needs to be a word for it. Freedom, I suppose. On the bike, I knew I could cruise up to Whole Foods and get dinner. Or go to the Greek place at Dupont. Or go down to the Mall. In a car, I’d have to navigate one-way streets, traffic and where would I park the damn thing? The ability to go anywhere is why a bike is freedom in DC. 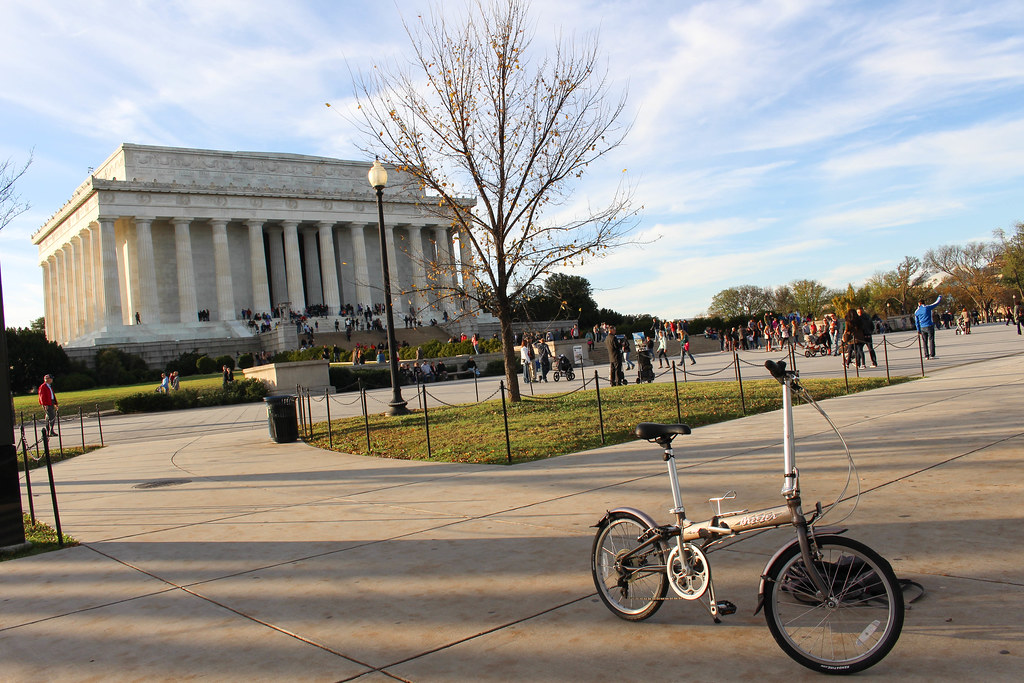 Outside the leviathan sprawl of our nation’s capital, I am happy to drive. Within the DC metro region, however, I bike. It’s fast, easy and fun. Driving is none of those things in DC. I’ll save my driving for the wide open roads of the West.