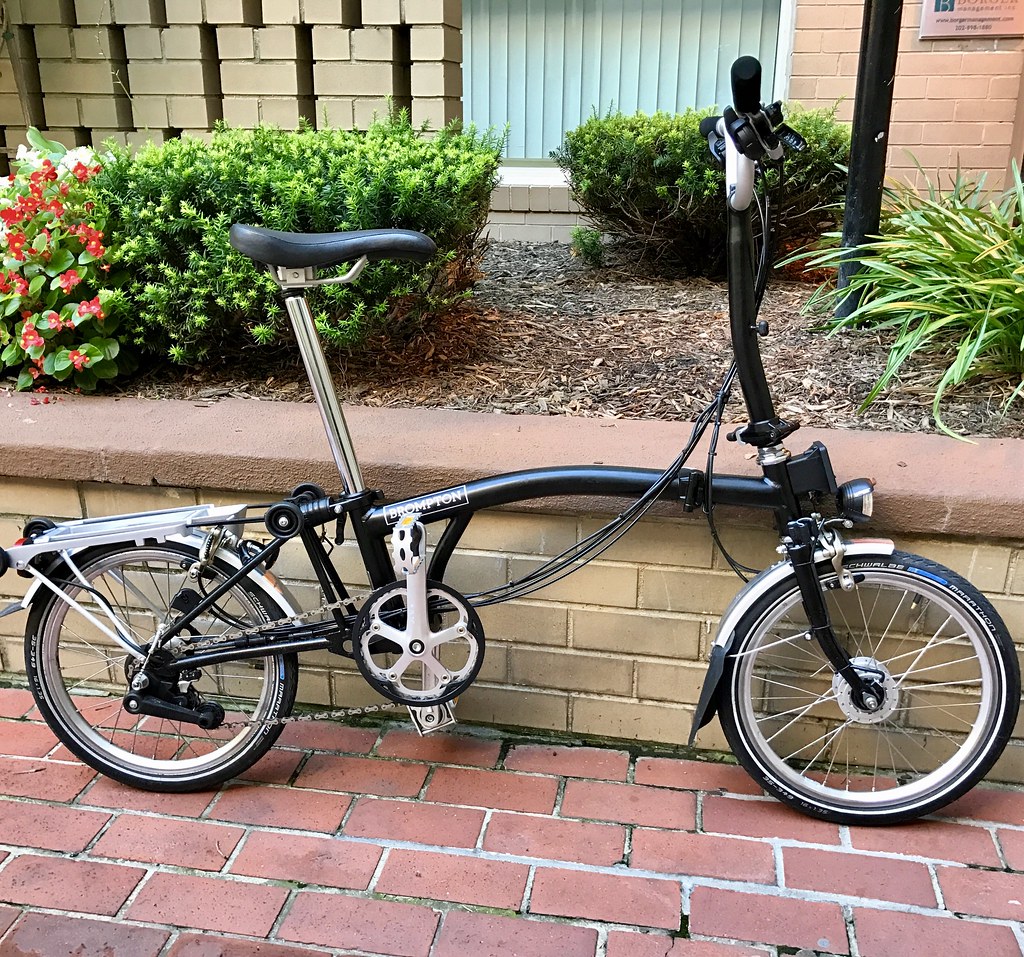 When there was a last-minute opening on the TryBrompton Demo Tour, I jumped at the opportunity to borrow one of these iconic folding bikes.

Made in London, Brompton makes folding bikes that are ideal for cities. With 16″ wheels and sturdy steel frames, they can be easily carried from subway to street and back again.

And they’re damn good-looking. I’ve been in love with the bike since seeing them by the score at the Brompton Challenge, where Brompton riders raced through Congressional Cemetery and participated in folding/unfolding competitions.

I have experience with folding bikes, too. One of my favorite bikes ever was a Dahon foldy – my beloved foldy – that I bought for $300 off Craigslist and took with me all over the country. Fun to ride and rock-solid (well, at least until the frame cracked), that bike was my constant companion on the rutted streets of Washington, DC.

Given my experience with another folding bike, I was curious to try the Brompton. What do you get from a $1600 Brompton compared to a considerably cheaper foldy?

With six speeds and a light frame, the black Brompton I borrowed from BicycleSpace could fly, easily catching people on “real” bikes cruising leisurely around the monuments. With its little wheels, it started quickly from a dead stop and then kept accelerating to almost dangerous speeds.

Technically, I could carry my old Dahon. Lugging was a more accurate term. Heavy and ungainly, I took it on the Metro a few times but it wasn’t something I wanted to do regularly. I would’ve developed a huge right arm if I had done so. The extent of my carrying the bike was from the trunk of a car to the street.

In contrast, the Brompton is light and easy to carry. Part of it is the bike’s 16″ wheels, which make it a lot lighter than my old Dahon (which had 20″ wheels). The bike is also designed for cities, perfected over a couple decades of use on the London tube.

The folding is not simple (the Brompton rep at BicycleSpace made us fold and unfold the bike a half-dozen times before leaving) but it does compress into a tiny package that can be easily carried. My bike even had a rack on it with wheels built into it so that it could be easily rolled through a train station.

The Brompton’s legendary portability is achieved by way more knobs and levers than I’d like (as if Dr. Who designed a bike) but you can’t argue with success – it’s perfectly designed for the task of street-to-train transportation.

Would you buy an iPhone that looked like a brutal slab? Of course not. The iPhone’s success is due to what’s on the outside as much as what’s on the inside.

Bromptons are beautiful, whether they’re passing you on the street or folded up in a shop window. Eye-catching and fun, it’s a bike that you want to own as an art object. While biking around DC, pedestrians checked out my sleek black ride while Bromptoneers nodded appreciatively.

With the ability to customize the bike endlessly (colors, speeds, racks, fenders, lights, handlebars), it’s the ultimate bespoke product for the discerning cyclist.

Every bike is a compromise, a calculus of weight, speed and price. What didn’t I like about the Brompton?

Bike theft is rampant in DC. Just borrowing a $1600 Brompton made me paranoid. No way was this bike leaving my sight. I didn’t worry about my $300 Craigslist find this way.

Little wheels make you very conscious of the road ahead. While riding, I found myself scanning the pavement for potholes, ruts, steel plates and other obstacles in DC’s post-apocalyptic streetspace.

Who is this Bike for?

Wealthy Cycling Fanatics. Some people just like acquiring bikes, filling their spare spaces with every kind of bike they can get their hands on. Obviously a Brompton is needed to round out the collection.

Train Commuters. If I had to take the MARC train to Baltimore every day, hell yes I would get a Brompton. It’s the Swiss Army knife of biking – with its fenders, rack and portability, it can do everything and take you just about anywhere.

At the end of my 24-hours with Brommie (I named it – a bad sign), I didn’t want to return it. At first, I found the bike a little wobbly and uncertain, due to its small wheels. However, it rapidly grew on me. I liked how the rear wheel folded under the frame, making its own stand. As I cruised along the Potomac, passing hapless tourists on red Bikeshare bikes, I was delighted by its speed. Cornering tightly on city streets, I was reminded of how much fun a foldy bike can be.

The casual user might be better off with a Dahon or Giant foldy. But if you want the best, or need the best, then get a Brompton.

No matter what bike you get, make sure you try it out first. This is especially true for folding bikes, which handle differently than full-sized bikes.

Adios for now, Brommie! Hope to see you again in the future. 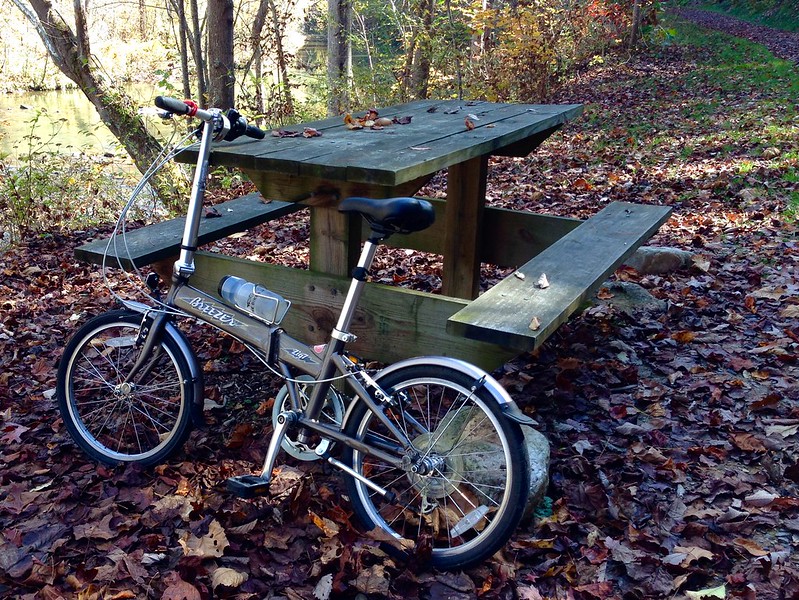