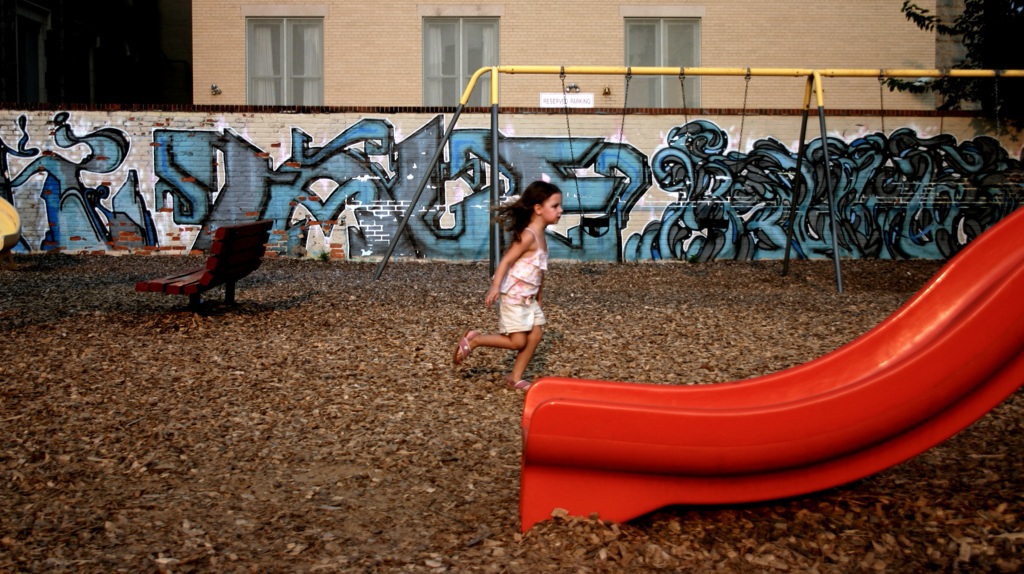 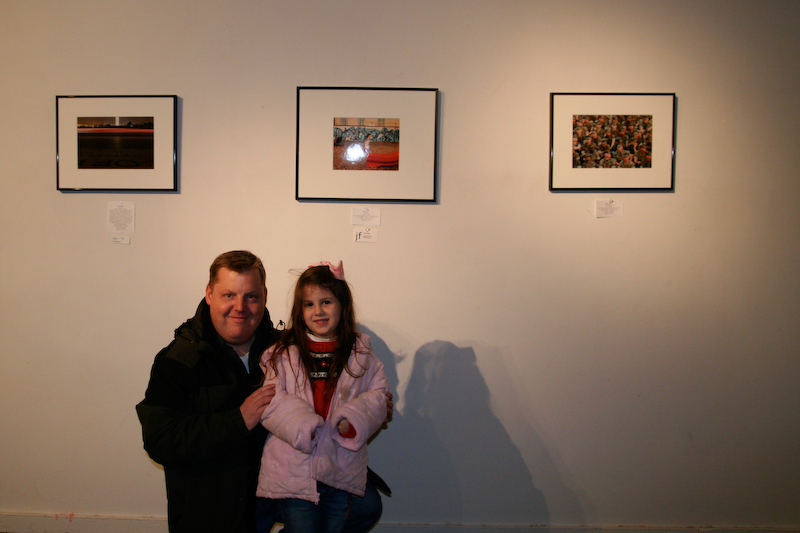 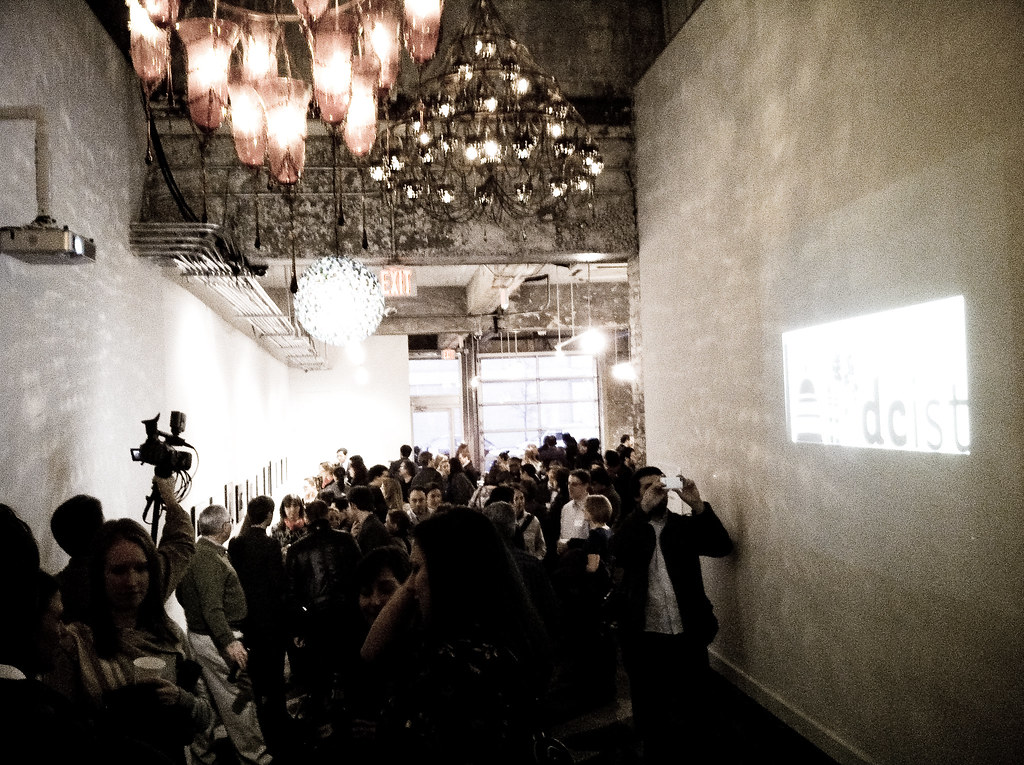 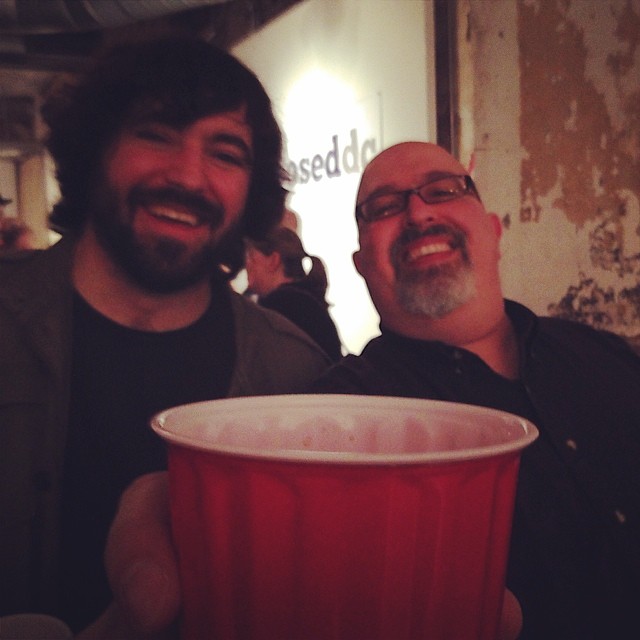 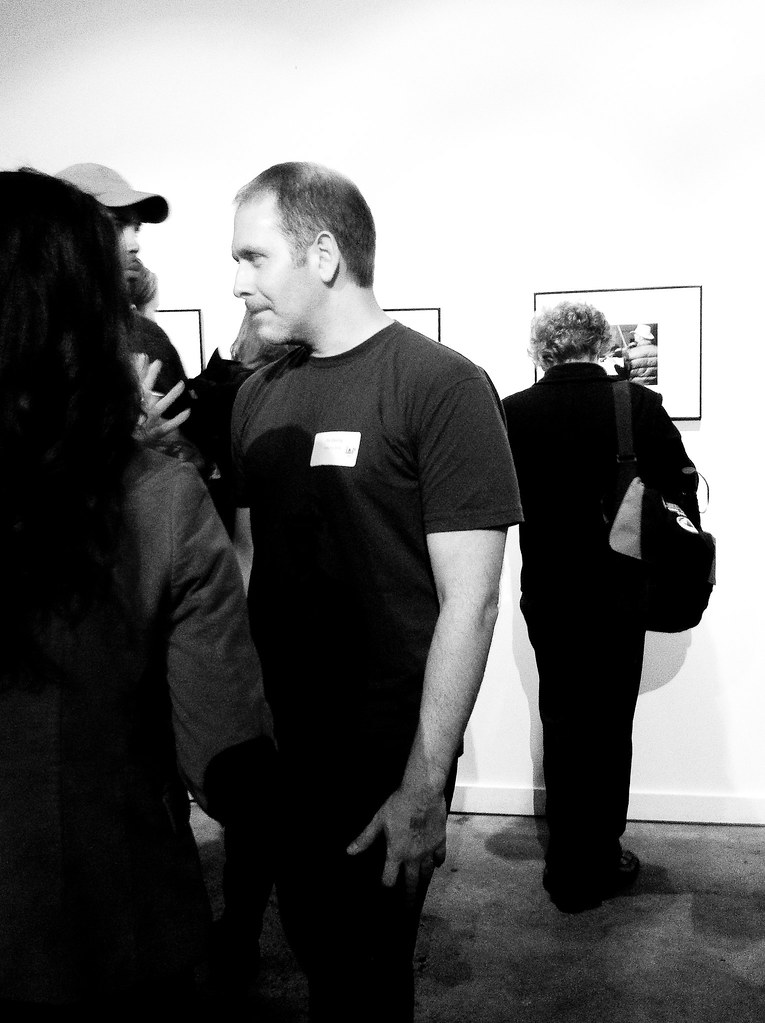 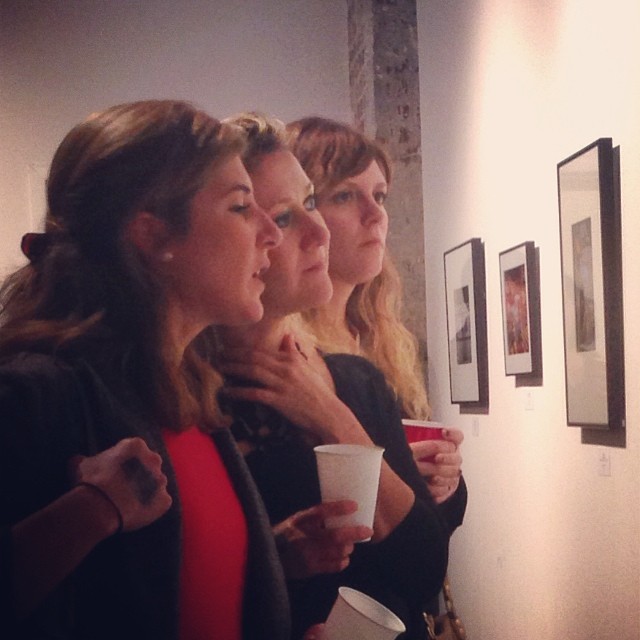 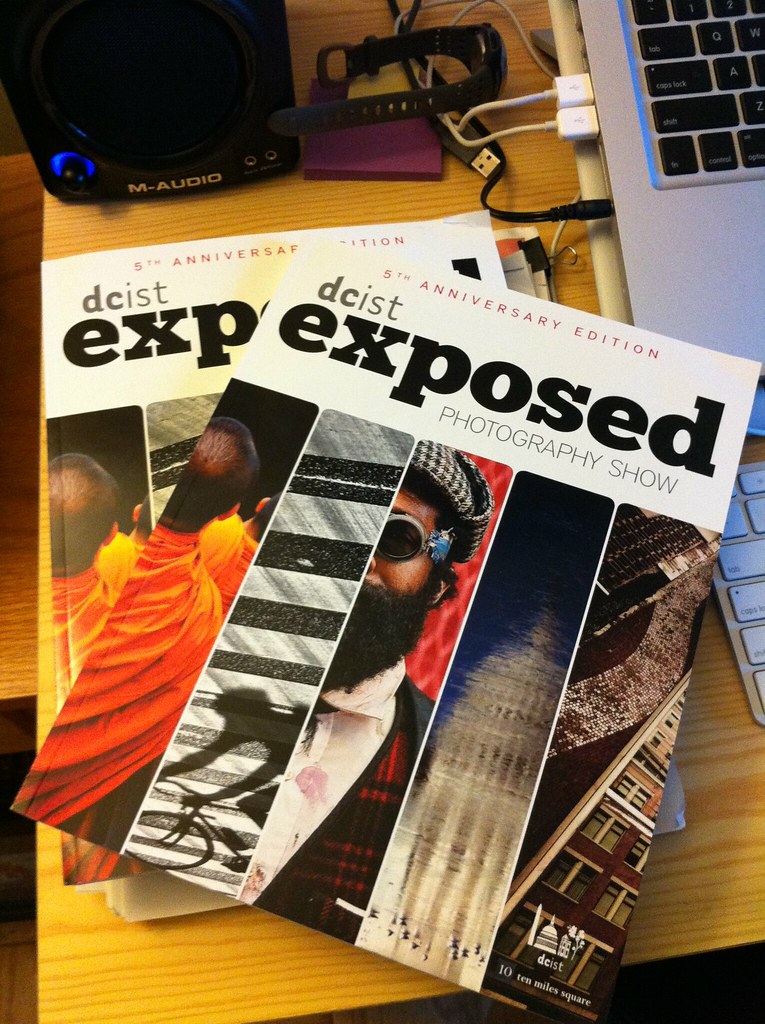 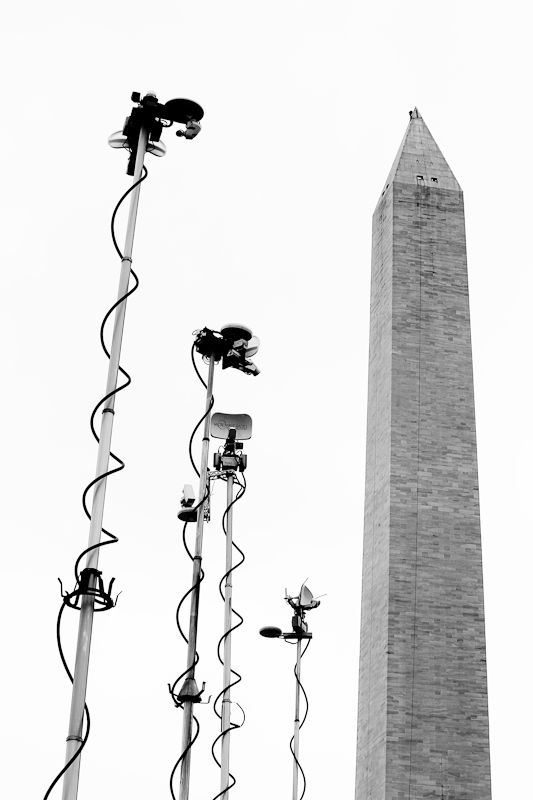 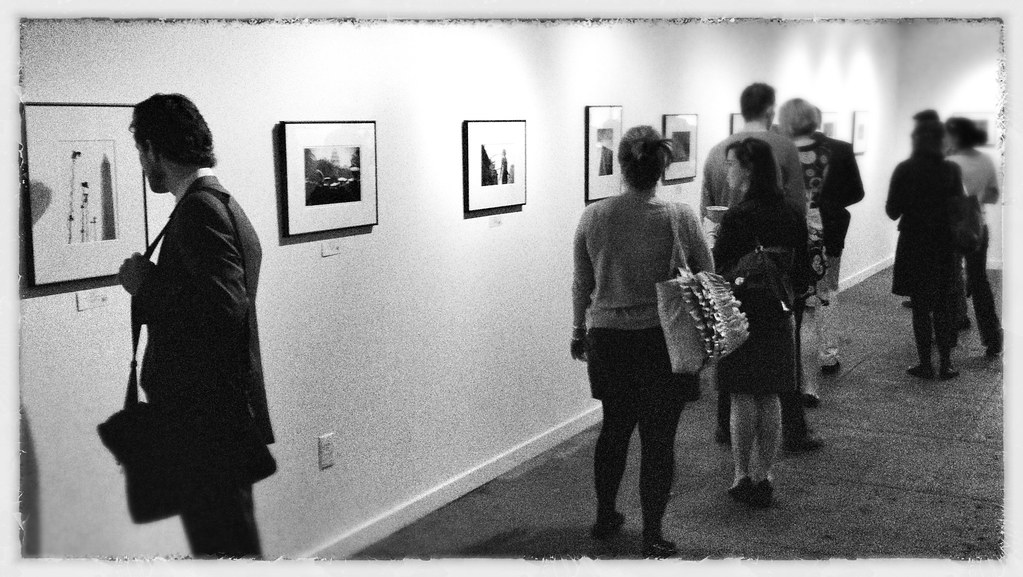 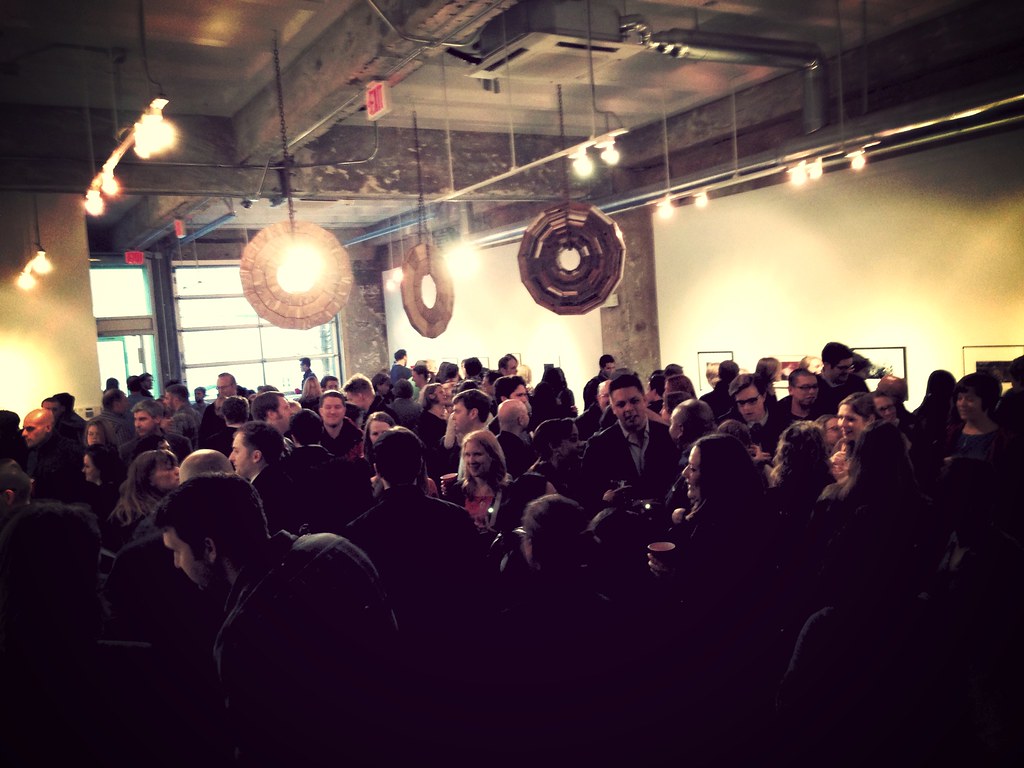 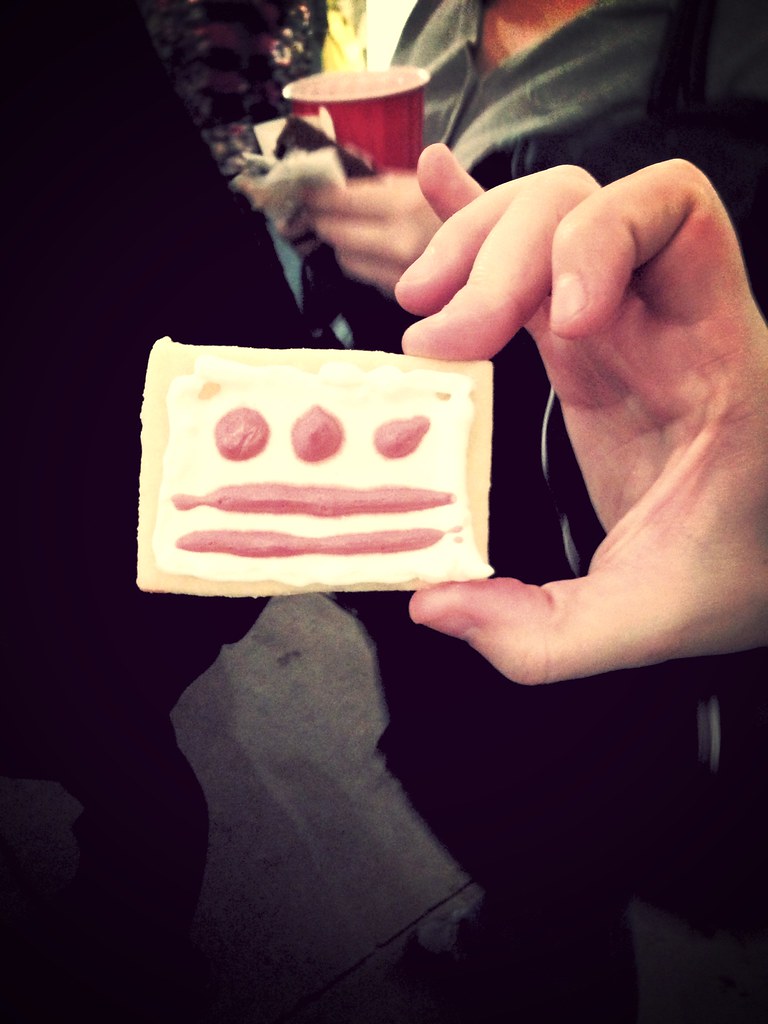 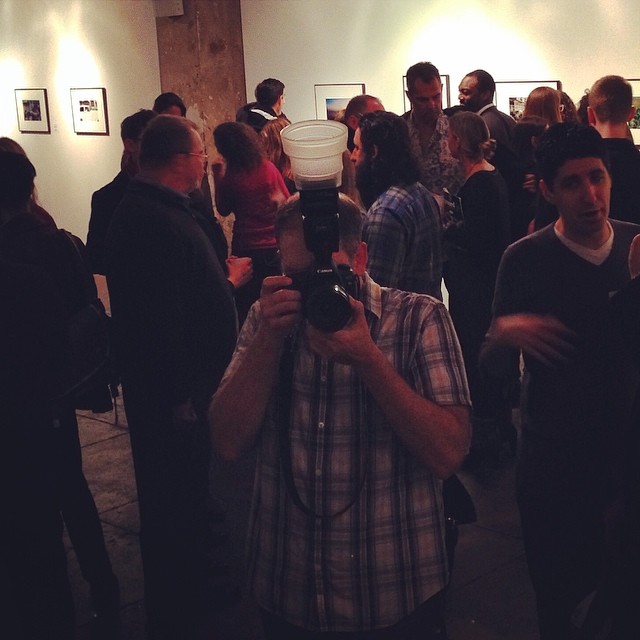 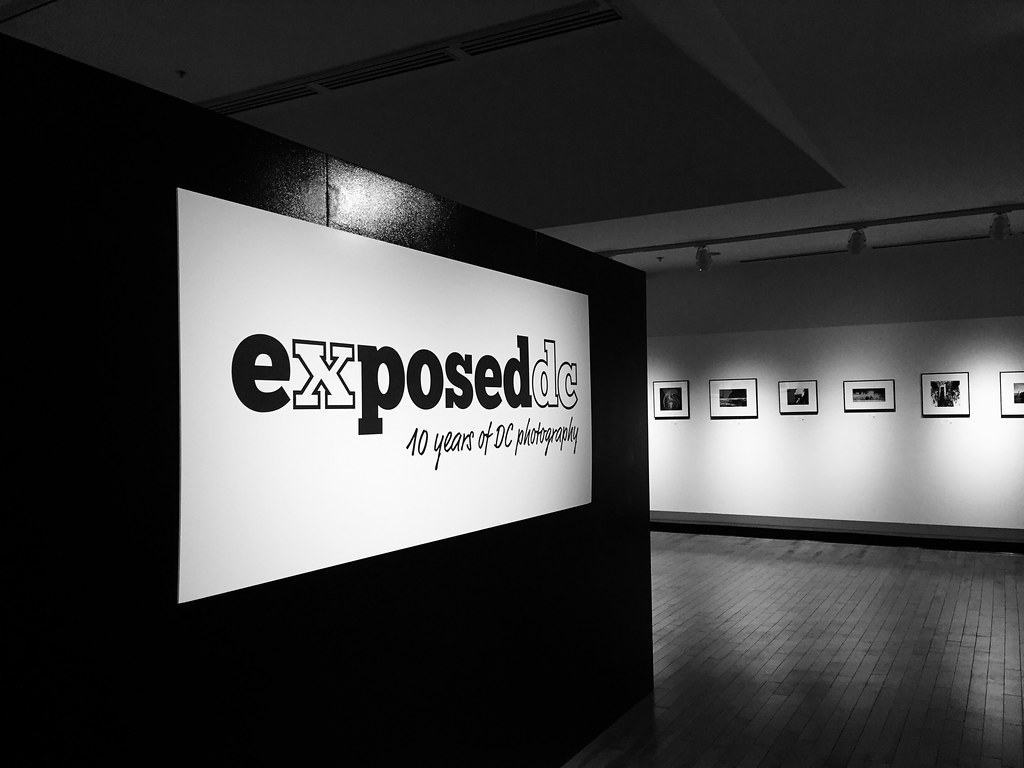 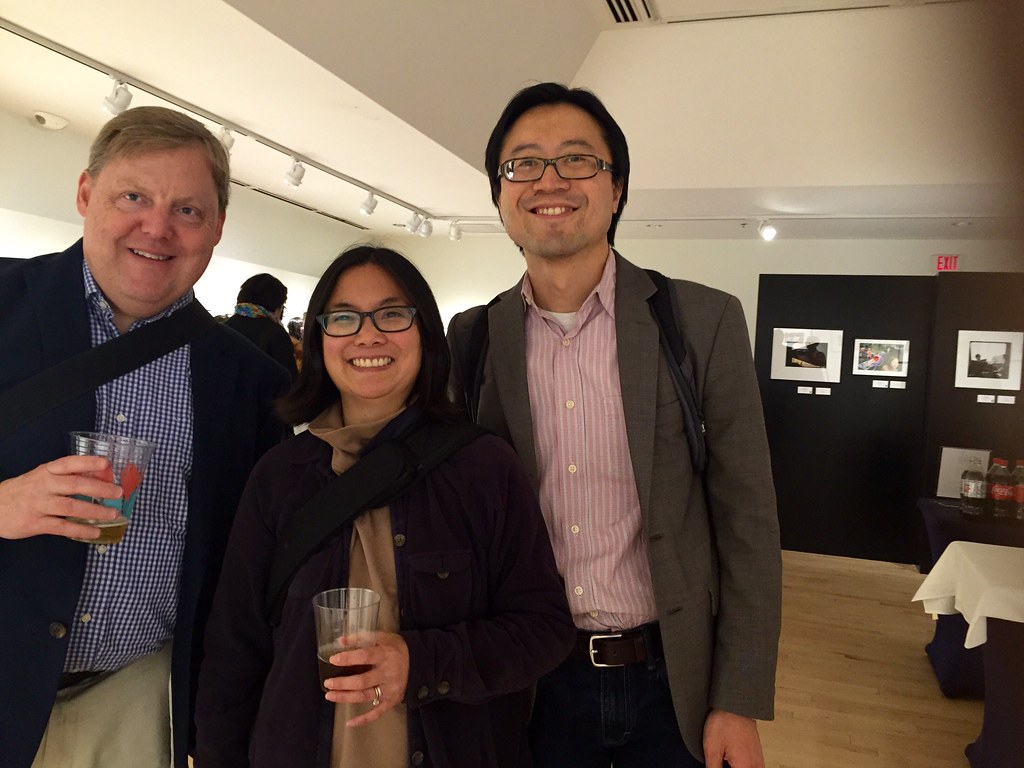 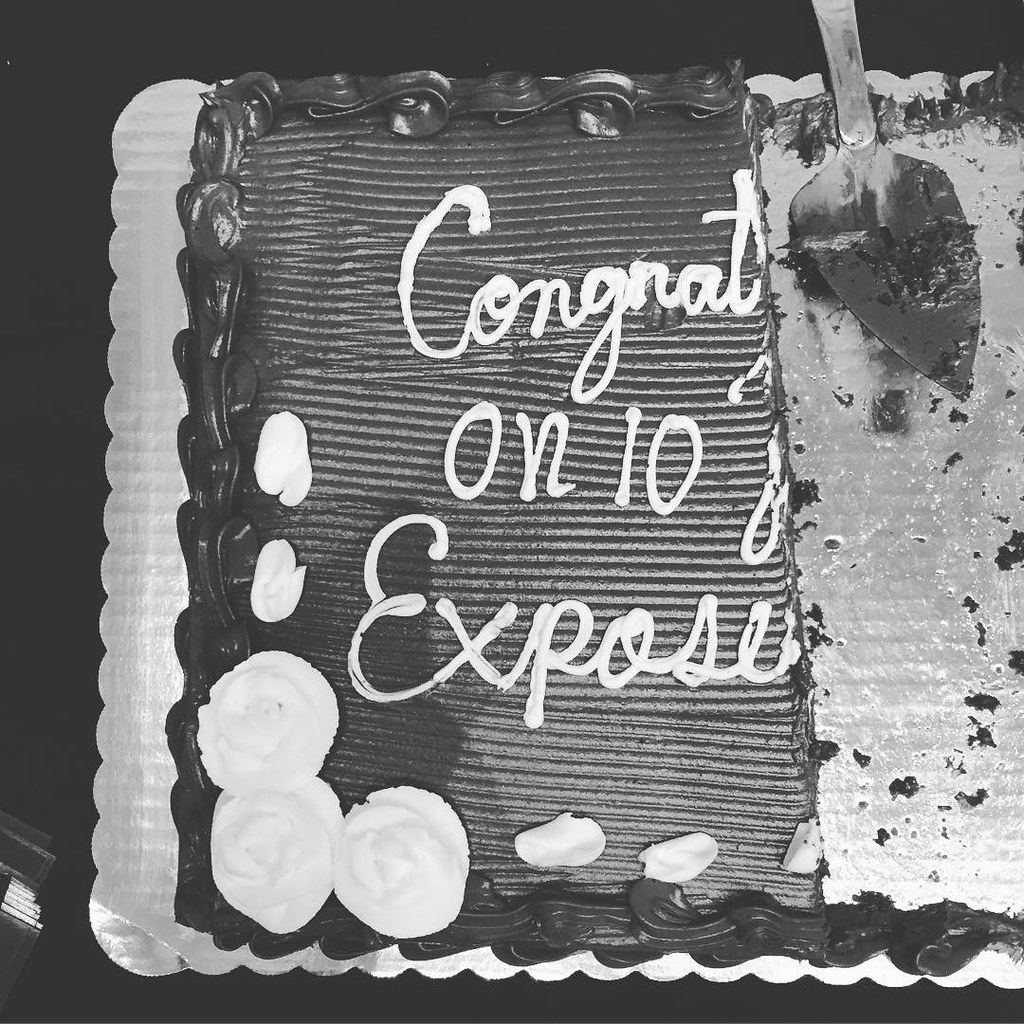 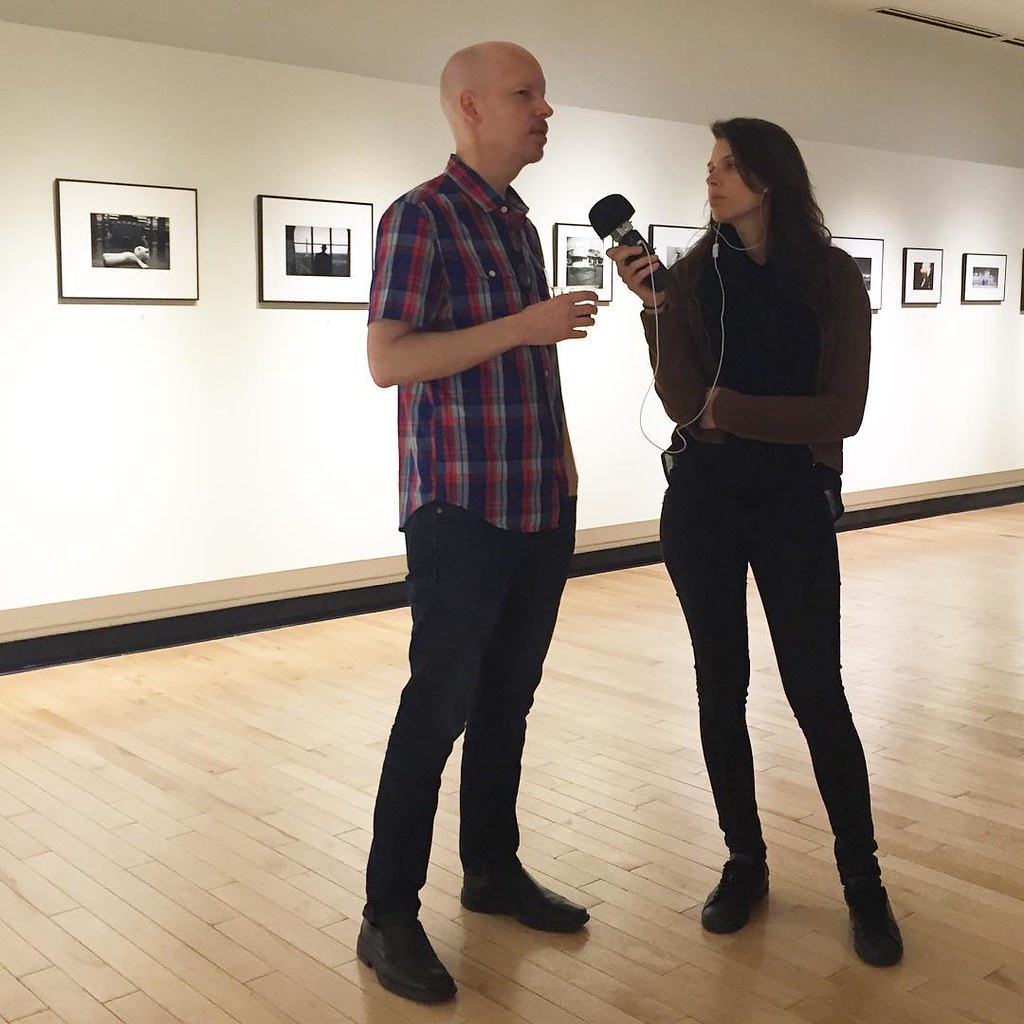 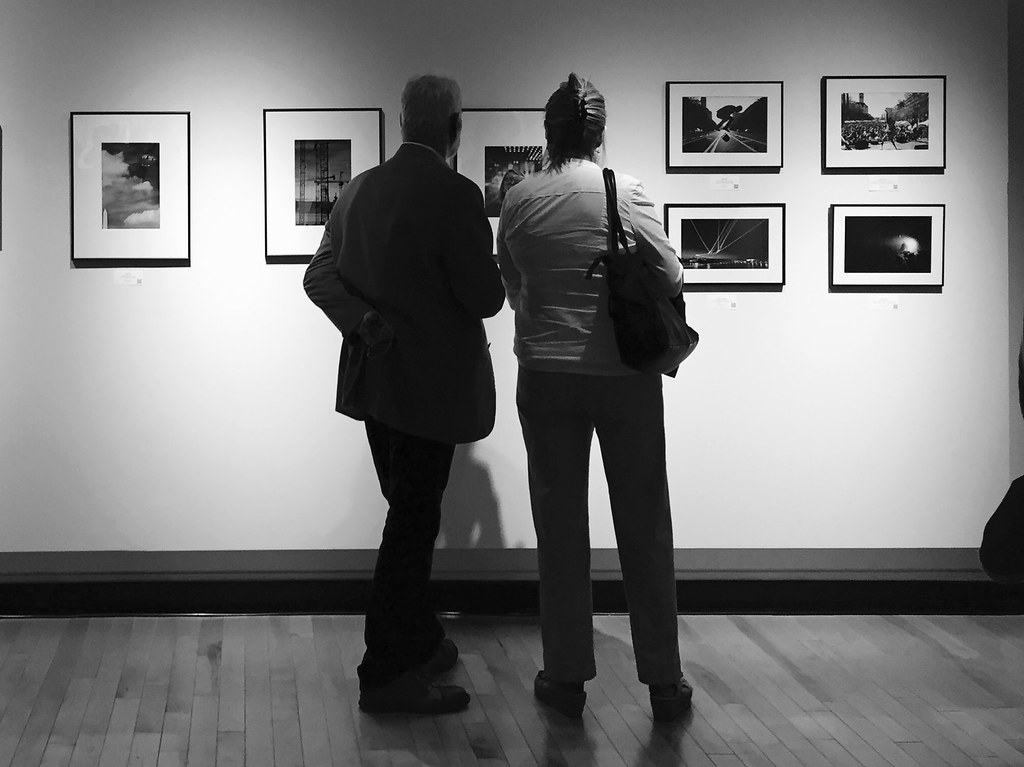 I have a confession.

I live in DC, take photos in DC, know lots of DC photographers, even won a FotoWeekDC contest but I cannot make heads or tails of the FotoWeekDC web site. There’s an overwhelming number of events – gallery openings, workshops (mostly paid), talks, lectures, training and other activities – but without an easy way to sort and find interesting stuff to see.

People have asked me what they should see during FotoWeek. I have no idea. I’m sure there’s lots of good stuff but I can’t figure out the web site.

The Strata Collective includes many of my favorite DC photographers such as Joshua Yospyn and Matt Dunn. They are experts at catching the absurdities of urban life. Many of their photos will be familiar to you, if you read the City Paper or local blogs.

I’m also friends with the folks behind InstantDC. Founded by James Campbell, the group has expanded my idea of the possibilities of mobile photography, from cutting-edge tools to different ways of seeing the world.

The International League of Conservation Photographers is also represented at FotoNOMA. They’re a great group of incredibly talented photographers who use their National Geographic-level skills to further environmental conservation.

FotoNOMA: The District Experience runs through November 10. The exhibit is just a couple blocks from the New York Avenue Metro. A whole new neighborhood is going up there. Check it out.

Digital has taken the guesswork out of photography. After all, you can check the screen of your camera to see if the photo came out. No more wondering if everything is in focus and properly exposed.

Even with these advancements, you still don’t know if the photo really works.

I biked to the Tidal Basin to see the cherry blossoms. As a jaded Washingtonian, I’ve seen innumerable perfect cherry blossom pictures. I wanted something different.

Across from the Jefferson Memorial, the late afternoon light was perfect – soft, warm and with a hazy quality to it. I liked how sunset was coming through the trees. And I’d been thinking of silhouettes.

I took the photo above with my iPhone 5, before moving on to take lots of other pictures with my “real” camera, the Canon.

Once I edited the photo in the Flickr mobile app (using my favorite Mammoth filter), I knew that this photo just worked. There’s a romantic quality to it, capturing how the cherry blossoms are a beautiful, shared experience.

This photo is an Honorable Mention in the 2013 Cherry Blossom Photo Contest. Sponsored by FotoDC, the contest was judged by Carolyn Russo of the Smithsonian’s National Air and Space Museum and Professional Photographer Frank Van Riper

I only submitted one photo to the contest. I had lots of other photos of blossoms and the Jefferson Memorial. They were pretty but looked like a million other pics. So I submitted my iPhone pic – it was different than the others. It popped. It worked.

Look for this photo, plus lots of others at the opening reception. Here’s the details:

A ship in harbor is safe — but that is not what ships are built for.
– John A. Shedd

2011 was the year I decided that a camera in a bag was a dead camera. Our photographic tools (DSLRs, point-and-shoots, iPhones) are designed to be used. That’s where they’re built for.

I’m also fortunate/cursed to live in interesting times, as protests descend upon Washington. I know the city well and can get just about anywhere quickly by walking or biking.

So, I decided that I would use my Canon T2i and iPhone 4 to document political protests, art events, food and just interesting things I saw in the city.

One of my favorite photos of the year was from an OccupyDC protest: END_OF_DOCUMENT_TOKEN_TO_BE_REPLACED

I recently won first place in the Fotoweek Mobile Phone Image Contest. Here’s how I came up with the winning photo.

The theme of the competition was “Fotoweek Through the Mobile Lens”:

Mobile devices allow you to get up close to capture intimate moments, abstract macros, candid street photos, night projects, and what FotoWeek DC Festival means to you this year as you walk around DC and experience all of our events.

I went to several Fotoweek shows but was so busy seeing amazing photos that I hardly took any pictures at all. END_OF_DOCUMENT_TOKEN_TO_BE_REPLACED There’s a lot of great free stuff to attend. In addition to gallery shows, there are some interesting lectures and workshops going on this week.

One of them was “To Publish or to Self-Publish” held at the Corcoran over the lunch-hour today. While it was billed as a comparison of traditional photo book publishing against the new on-demand model, the discussion was much broader than this. END_OF_DOCUMENT_TOKEN_TO_BE_REPLACED Last night, I braved the cold to attend a seminar entitled The Nature of Transition by photographer Steve Uzzell. It was part of FotoWeek, the seven day celebration of photography in Washington.

The theme of the seminar was on transition in our lives, how it is something to be embraced rather than feared. After all, as humans we’re constantly in a state of change as we live and evolve. Uzzell, who primarily shoots commercial work, got the idea for the presentation after hearing from clients that their organizations were in transition. As someone who received their last regular paycheck in 1975, he thought he had something to say on the subject – and he had the photos to communicate his message.

For lack of a better term, I’d call his presentation a “magical slide show.” After an introduction to set the stage, he turned down the lights and talked in a conversational tone about the universal nature of transition while he showed iconic pictures from his work over the years. We’re drawn to transition, for its promise of growth, movement and clarity. It’s the most dynamic place to be. But how do we get in transition and best take advantage of it? END_OF_DOCUMENT_TOKEN_TO_BE_REPLACED