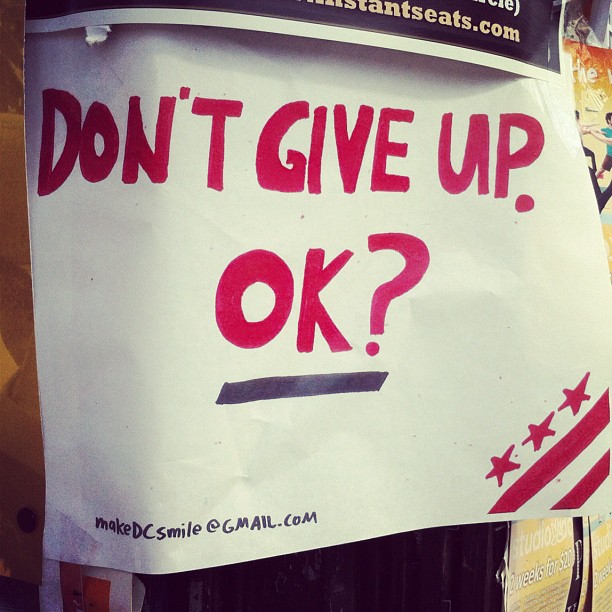 In your head, it’s perfect, the Great American Novel, a book destined to be a classic. All you have to do is write it down.

Your book will be imperfect. Shockingly so, which is why most people never get around to creating art. It’s safer to be an imaginary artist than a real one.

But, if you’re an artist, you get your art out the door and into the world. “Real artists ship,” as Steve Jobs said. You become a writer by writing, not by dreaming about it.

National Novel Writing Month in November is an excellent time to start your creative journey. Join a global community of people striving to write a novel. Challenge yourself to pick up the literary habit, find the solace of creating something new and make a real contribution to the world.

The objective during NaNoWriMo is to write a novel – not necessarily a good novel. NaNoWriMo is about quantity, not quality, with a single goal to attain: 50,000 words. That’s 1667 words a day.

The novel can be crap. In fact, it probably will be crap. Expect it to be crap. Giving yourself permission to write crap is enormously liberating.

And you can always fix it. Many great novels have emerged from painful first drafts. Every book gets revised. Hemingway wrote 47 different endings to A Farewell to Arms.

I tend to write and cut. For my short story, Victory Party, which won the City Paper fiction contest, I wrote it over a couple of days but then spent the next month picking away it like a turkey carcass, deleting anything that sounded like exposition until only the bones remained. You can fix stories but first you have to write them.

My first novel, Murder in Ocean Hall, began as a joke. After three years at the National Oceanic and Atmospheric Administration, I was going to take some time off to write a big, serious novel about 9/11. No pressure.

But, at my going away party, I joked that I was going to write a book called Murder in Ocean Hall. I had learned a lot about the big egos of ocean explorers while at NOAA, as well as interesting background behind the construction of the Ocean Hall exhibit at the Smithsonian. I could pair these interesting stories with my street-level knowledge of DC beyond the monuments to create a murder-mystery.

Write what you know.

Plus, writing a mystery was a way of taking pressure off my own artistic ambitions. I wasn’t writing serious literature. Instead, I was writing genre fiction. It didn’t have to be the Great American Novel; readable would suffice.

I don’t know why people say writing is painful. “Just open a vein and bleed,” according to Hemingway.

But, for me, writing is a joy. Starting during NaNoWriMo, but continuing long after, I went to a coffee shop and made stuff up, piling up words and solving problems as I built my book, learning how to write a novel over endless cups of java.

Is Murder in Ocean Hall any good? Does it matter? I had fun writing it and I enjoy seeing it on my shelf.

Which is why you should NaNoWriMo. You’ll do what few people have – actually write a book rather than just talking about it. But also because writing is a fun and creative activity with its own rewards. And you can do it while hanging out in coffee shops. That’s why I write.

Why wait in line to buy some giant piece of electronics that you don’t need? Instead, stay at home and download my novel Murder in Ocean Hall for free on the Kindle.

Starting at the Smithsonian, the book is a tour of DC that one reviewer called, “A profile of the nation’s capital city from the inside out.” Another reviewer said Murder in Ocean Hall was, “A thoughtful and discerning first novel by an author with something to say.” Another said, “Joe Flood is a find.” (That was my favorite.)

And look for a sequel to this book coming next year!