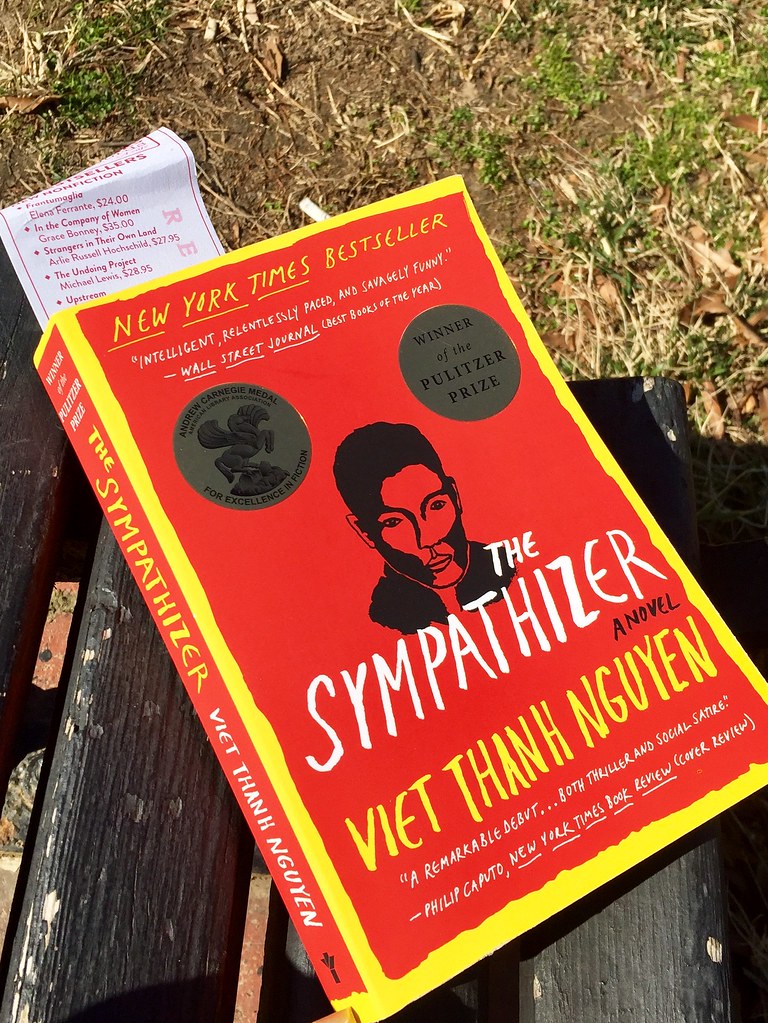 Nothing makes sense anymore. You wake up one morning and your country has changed. It seems absurd. Laughable. Yes, America really did elect Donald Trump.

How do you survive this new vulgar age? By reading fiction. According to a recent Time magazine article, books will not only make you smarter, they can provide comfort during a traumatic time. The immersive experience that good books provide is cheap therapy for the disaffected.

Here are five books to help you cope with recent events. Five novels that provide a comic perspective to understanding the Age of Trump.

No one is better at identifying a failing and corrupt state than a Soviet emigre. In Super Sad Love Story, Gary Shteyngart draws a portrait of a dystopian New York in the near future. No one works anymore, everyone seeks social media fame and the Chinese are threatening to foreclose on the country. It’s a comic ruin of a book, one that will break your heart while it keeps you laughing. And one that will make you determined that this dystopia never comes to America.

Our poisonous politics began during the culture wars of the 1960s, according to the The Nix by Nathan Hill. Hippie vs square, young vs old, liberal vs conservative – it’s a battle that was never resolved and continues to today. In the book, a failed writer puts down the gaming console to discover the mystery of the mother who abandoned him for radical politics.

Racism. That’s the explanation for Clinton’s loss, according to her supporters. It’s America’s original sin. Okay. But what do you next? If you’re the narrator of The Sellout, you decide to reinstitute segregation in your LA neighborhood as an attempt to bring people up. And you keep a slave, one that has forced himself into your service. That the nation is outraged by these efforts is not surprising, as “The Sellout” is brought before the Supreme Court in a tour de force of comic writing. It’s a searing novel that deserves the mother of all trigger warnings but one that contains the tiniest threads of hope for the American project.

What do you do if caught in a world that doesn’t make sense? Thousands of bureaucrats in DC are about to find out, being whiplashed from the soft socialism of Obama to the incoherent populism of Trump. In this WWII novel, Yossiarian finds himself in a system that doesn’t make sense. He’s a bombardier and has to fly dangerous missions. If you’re crazy, you don’t have to fly missions. But being crazy is a rational response to flying missions. Therefore, you’re not crazy and have to keep flying. Catch-22 is a hell of a catch. This novel by Joseph Heller illustrates an absurd system, one instantly recognizable to any federal government employee.

One Hundred Years of Solitude

American politics are tumultuous. But not as tumultuous as Macondo, the fictional world created by Gabriel Garcia Marquez in his masterpiece One Hundred Years of Solitude. The doomed Buendia family suffers war, revolution, murder, magic, dueling, insanity, incest, massacre and a hurricane in this sprawling human comedy. It’s seven generations of suffering, as history repeats itself, going from hope to tragedy. A simple election doesn’t seem so bad by comparison. At least, you’re not being lined up in front of a firing squad, dreaming of ice. Lose yourself in this thick book.

Reading can provide consolation to those suffering trauma. Or at least distraction. Forget the news. Put down the iPhone. Pick up a novel instead. These five books will help you survive the Age of Trump.