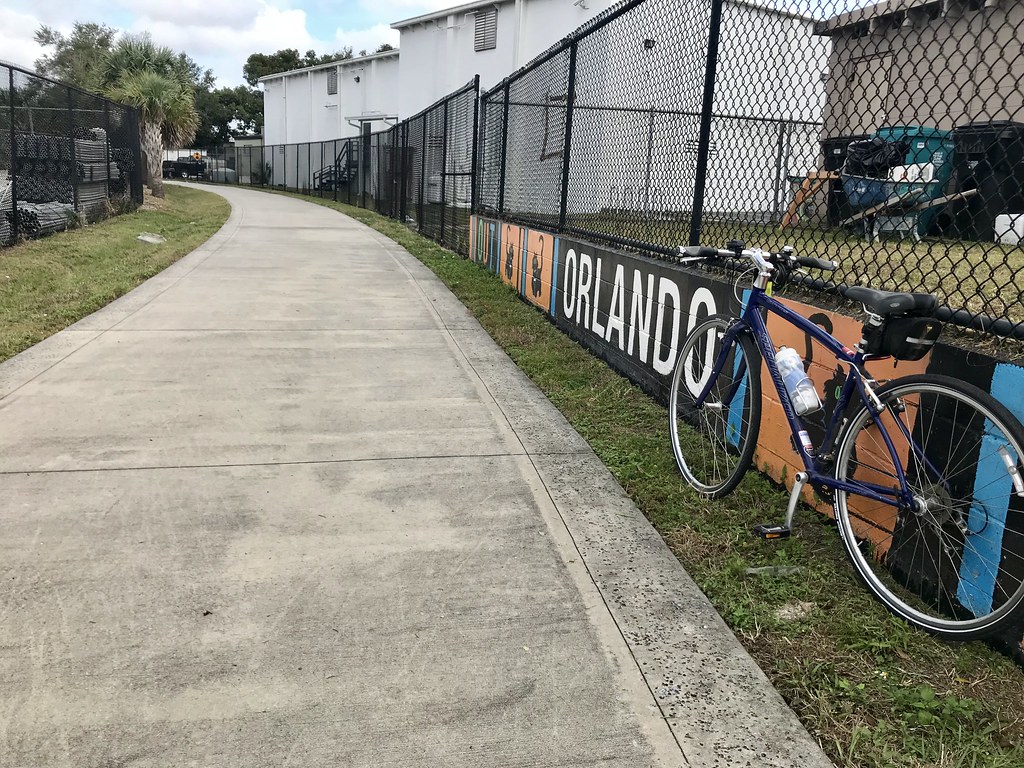 Only three miles long, the Orlando Urban Trail packs in art, history and food  as it navigates a city few tourists see.

The trail starts at the edge of downtown Orlando, just off Magnolia Avenue and Lake Ivanhoe.

From there, it follows the path of an old railway, the Dinky Line, which used to ferry students to Rollins College in Winter Park. This green corridor is preserved because the line was used into the 1980s, not by students, but by businesses, including a lumber yard on Mills Avenue.

After going by a brewery, the trail parallels Mills, which is Orlando’s hipster district, home to the once-and-future dive bar Wally’s and the excellent Pig Floyd’s, where I had a pork bento box for lunch. 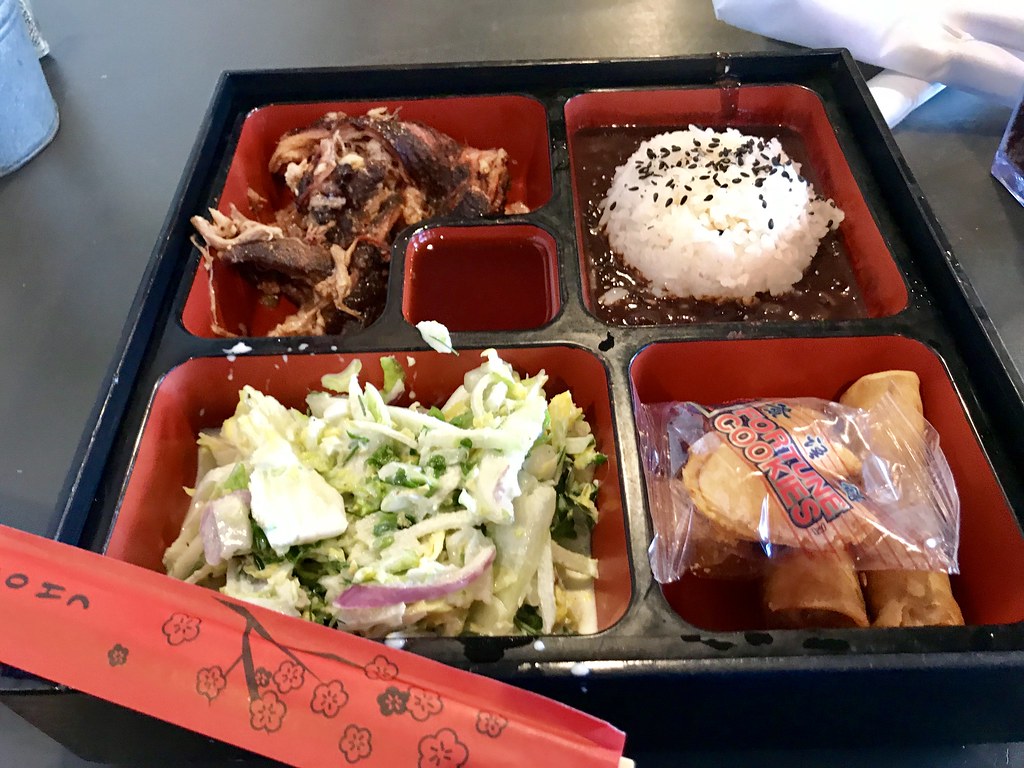 Around mile 1.5, the trail reaches Loch Haven Park, home to museums including the Orlando Science Center and the Mennello Museum of American Art.

You cross Mills Avenue, ride along the sidewalk a bit, and then there’s a brief section on neighborhood streets where you wind your way between lakes and by some expensive real estate. Lots of signage – it’s impossible to get lost. 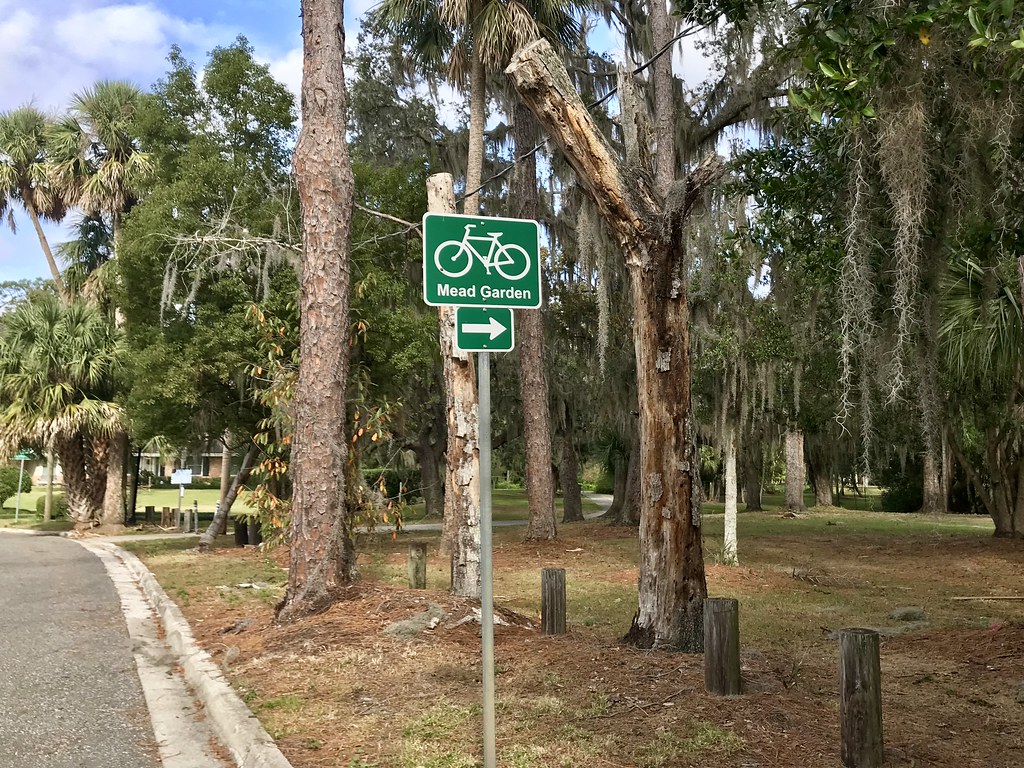 The trail ends at Mead Garden, a green spot in Winter Park which offers walking paths and a range of programs, including yoga.

With nearly the entire trail protected from traffic, the Orlando Urban Trail is  ideal for people of all ages. And with museums, parks and restaurants along the route, it makes a great urban adventure.