This is no longer “left v right.” The #Resistance is now a pro-democracy movement against a would-be authoritarian regime. Dems & GOP unite!

Strange days indeed, where I’m retweeting Van Jones. My politics don’t fit into an easy category. I’m socially liberal, believing that people should be free to do whatever they want, as long as they don’t harm others.

I also believe that government is too big and does too much, interfering in aspects of life (such as mandating health insurance) that it should stay out of. Nearly a decade of experience as a government contractor has just reinforced that notion. As I wrote in Victory Party, my award-winning short story (shameless plug!) about election night in DC, government is:

nothing but a big blind beast, stumbling across the American landscape, more likely to crush you than help you.

The economy is the most important issue to me; the biggest moral issue of our age is the lack of real economic growth, for it leaves millions unemployed and underemployed in the vast heartland of our country, a tragedy of abandoned towns and people, like a modern Grapes of Wrath.

In a fit of 2008 optimism, I voted for Obama but then switched to Romney in 2012, wanting a President that would focus on jobs. He doesn’t look so bad now, does he? Trump vs Clinton was a nightmare choice for me, literally Kang and Kodos. In a fit of pique, I wrote in independent Evan McMullin (I might have a thing for Mormons), knowing that blue DC was going overwhelmingly for Hillary.

Like everyone else, I expected Her to win. When she didn’t, I was ambivalent, fictionalizing my response in Victory Party, my tale of DC on election night.

I am ambivalent no more.

What does it take to get someone as jaded and as cynical as me off the sidelines? A week of chaos from the Trump administration, from the graceless “American carnage” inaugural address to the dissing of the Women’s March and on to the Monday night massacre firing of the acting Attorney General.

Trump is a bully, now with the overly vast power of the federal government behind him. There’s never been a better argument for limiting the size and scope of the executive branch than Donald J. Trump.

I expected the evil – it’s the incompetence that surprises me. They have no idea how government works. And despite their purported social media savvy, it didn’t occur to them that public servants, such as the National Park Service, could push back anonymously using these same tools.

Rather than uniting the country around the need for economic growth, Trump has issued a series of bizarre and poorly thought out decrees. It’s government by tweet, straining this country’s democratic institutions beyond the breaking point.

The streets of DC have been filled with demonstrations the size and scope of which I have never seen before. And I’ve been out, biking around the city with a camera, capturing the moment. And participating as well, something I never thought I would do.

As Van Jones points out, it’s no longer a question of Democrat vs Republican. It’s whether you believe in democracy or not. If you do, then you must resist. 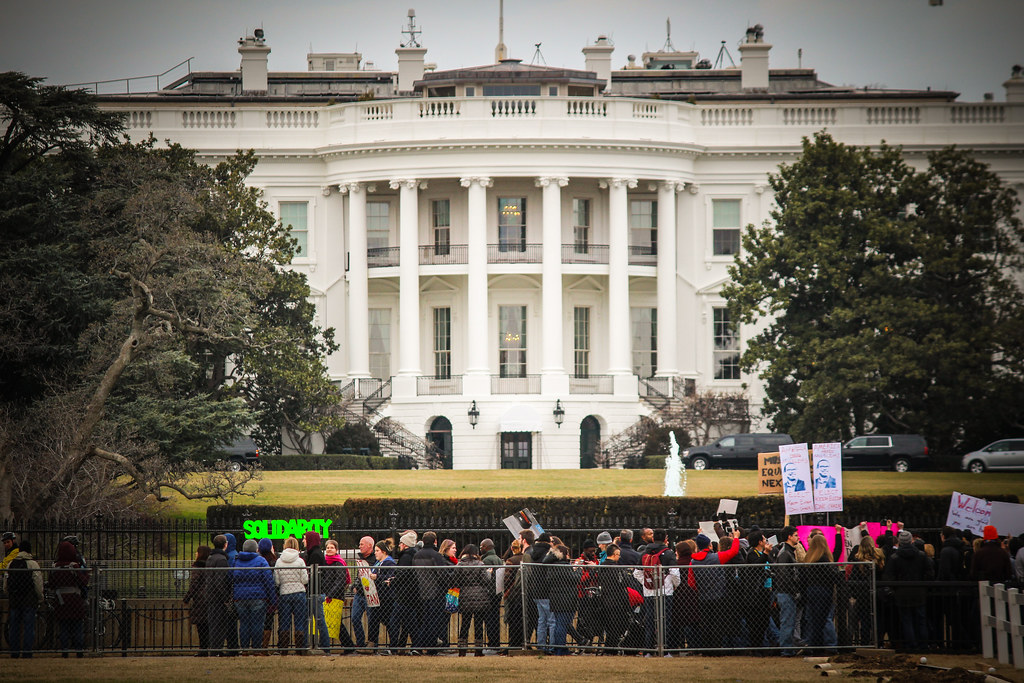 2 thoughts on “Letter from Washington: Resist”