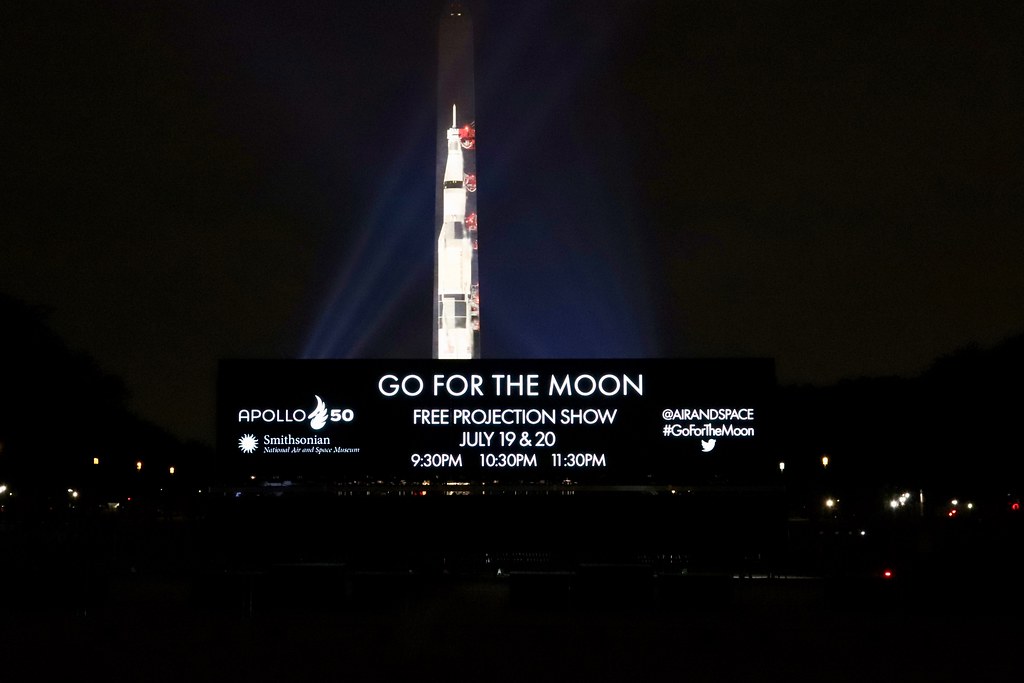 What do you make of these times? It’s an age where we salute past wonders, like the moon landing, while we keep children in concentration camps. A President spews hate while the rest of us just try to get along with our neighbors.

Washington is a place where you can be killed sitting in a park. But it’s also home to Little Free Libraries where you can discover a dream land of pagans, dark forests and a 99.9% literacy rate.

We’re driven mad by the distracting devices we cannot bear to part with, though we know they’re charging our minds in unseen ways. Time itself has become compressed, sped up, out of control.

Fifty years ago, we went to the Moon. I went to the Washington Monument on a hot evening (it would get hotter) to see the Apollo rocket that took them there projected onto the marble spire.

It was a reminder of American greatness. We’ve always been great. Thousands filled the National Mall to watch a reminder of our past achievements.

Inspiring, what we can do. Or could do. A half-century ago, engineers sent a man to the Moon. Today, our engineers design a better like button.

But the memory remains. May it serve to inspire a new generation to do better. 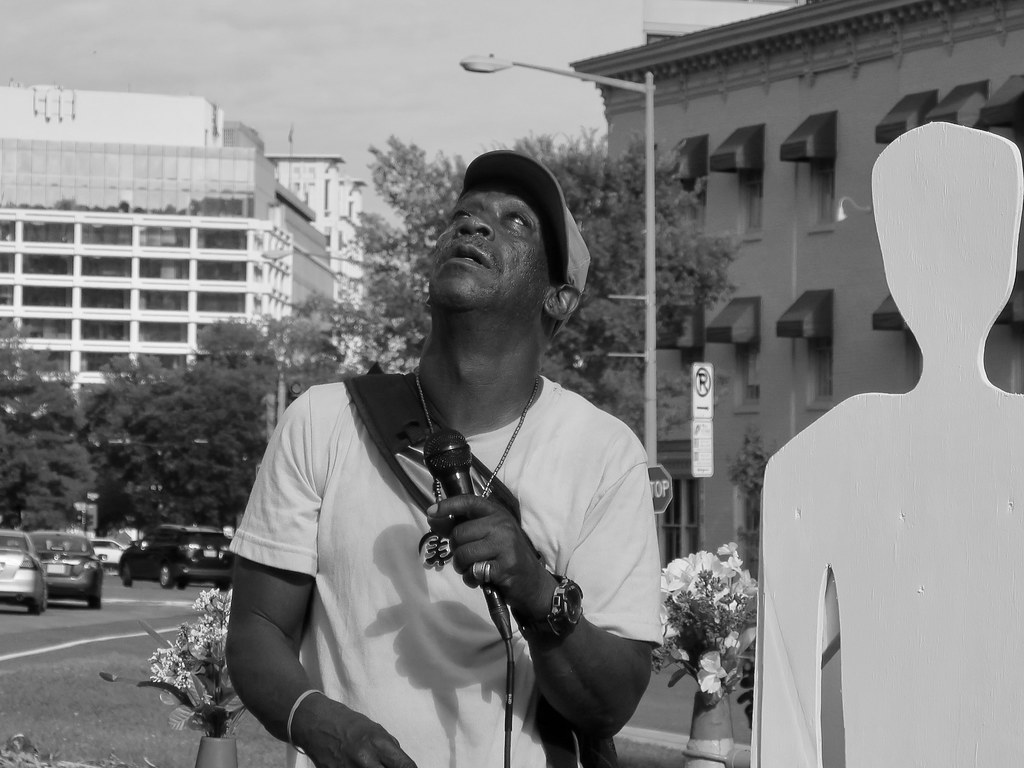 The society that conquered space is unwilling to prevent drivers from killing people. Two homeless men died sitting in a park. The driver went through the park with such violence that they destroyed trees and benches. I talked to a witness who said that the SUV went airborne.

A remembrance was held in their honor. It has become the grim task of my friend Rachel Maisler to organize these events. Her banner “We demand safe roads” signed by so many with so much hope has become faded with time.

My hope comes and goes, flickering like a candle. Is change possible? A week earlier, I attended the unveiling of DDOT’s plans to rebuild Pennsylvania Avenue to make it safer. It will happen, some day. Too late for the men killed at midnight.

“It could’ve been me!” Robert, a friend of of the men, cried, tears rolling down his cheeks. I stood in white, a mourner, a small crowd in a park at the end of a weekday.

The temperature increased, rising to nearly 100. You acclimate. You learn to adjust.

I played soccer on Saturday. Though we started at 8 AM, after an hour I was approaching heat stroke.

The Joy of the Little Free Library 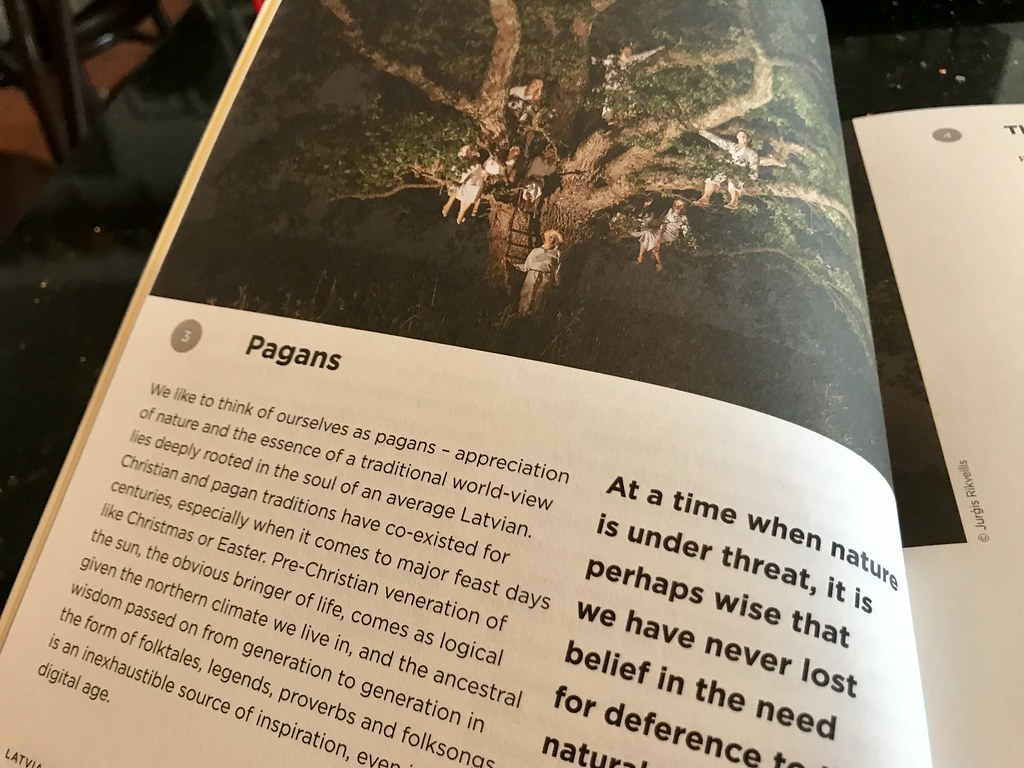 On Sunday, I biked in brief spurts between bouts of air conditioned comfort, making a tour of downtown on Capital Bikeshare. Coffee shop, Greek place, more coffee and then someplace new: the Latvian Little Free Library.

I had spotted it on earlier jaunt, located outside the Embassy of Latvia on Embassy Row. I returned to drop off a copy of The Swamp – I like leaving my  novels in Little Free Libraries.

Not surprisingly, most of the books in the little free library were about Latvia. A beautiful white tome caught my eye: Latvia 100 Snapshot Stories.

Opening the book at random, I read about how the pagan tradition survived in one of the oldest civilizations in Europe. A country that loved books with a 99.99% literacy rate. A democracy that embraced women. A place that overcame Nazi and Soviet occupation to regain their independence through nonviolent resistance in 1991. Also, bicycles, beer and saunas in a nation that is still half-covered in primeval forest.

Paging through the book as the temperature climbed toward a record, I was swept away in a cold dream of bikes, books and women.