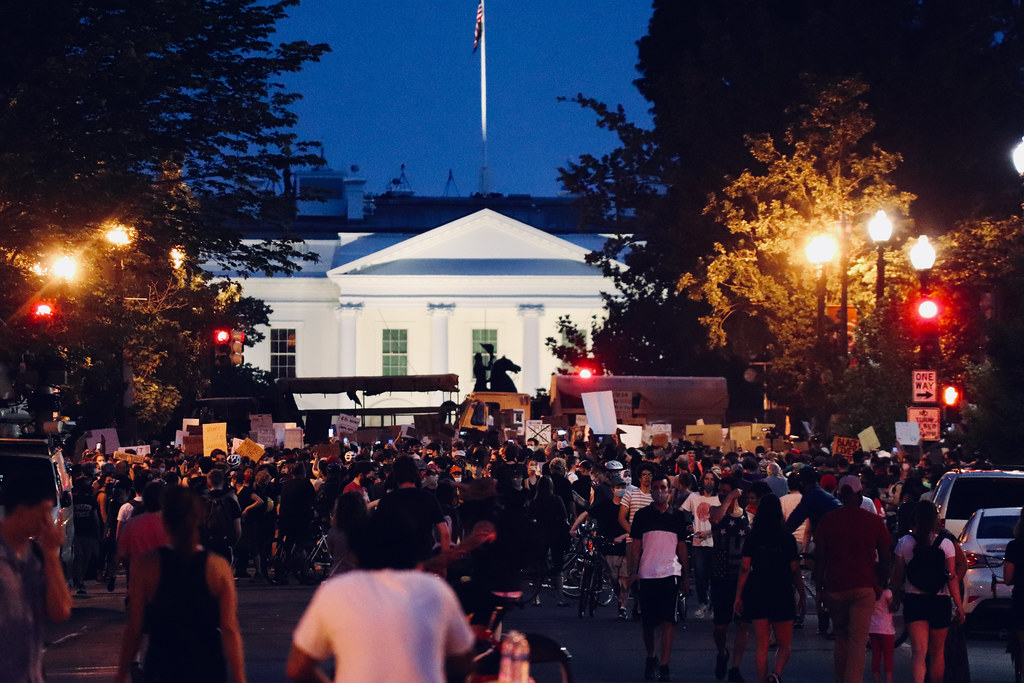 What the Secret Service has done to the White House is an abomination. They stole public lands – Lafayette Park and the Ellipse – to create a vast security perimeter around the White House Complex.

Trump thinks he created a fortress; in reality, it’s a prison.

Behind the wall is the Executive Residence, West Wing, East Wing, Blair House (where foreign dignitaries stay), the Renwick Gallery, the Treasury Department and, most importantly, the Old Executive Office Building (OEOB), where hundreds of senior officials and support staff work.

The administrative heart of the U.S. government is now trapped behind walls of concrete and wire. 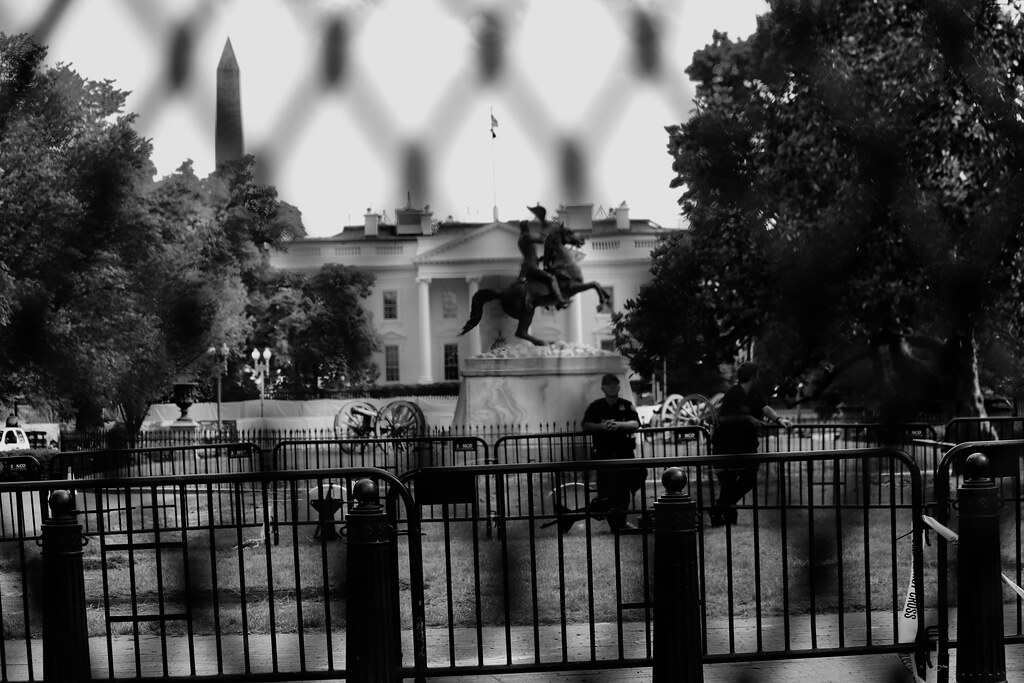 Before the covid crisis, I liked to hang out at Peet’s Coffee at 1700 Pennsylvania Avenue NW. A block from the White House, it has a view of the Beaux Arts majesty of the OEOB, a building I’ve always loved.

It was a busy lively corner – uniformed Secret Service officers came in for coffee, West Wing staffers met with reporters, TV correspondents prepped for shots, foreign delegations assembled before going into the White House and an endless parade of tourists walked in looking for the bathroom.

The White House has sealed itself off from this city.

Life for the people who work in the White House Complex has now become exponentially more difficult.

How do you move food, supplies, staff, visitors and others in and out of a secure complex with limited exits and entrances?

And how do you do this while avoiding roving bands of demonstrators?

Beating and teargassing peaceful protesters just made the crowds larger. Attorney General Barr brought in every random cop and military person in America into the city to squash dissent. And failed. 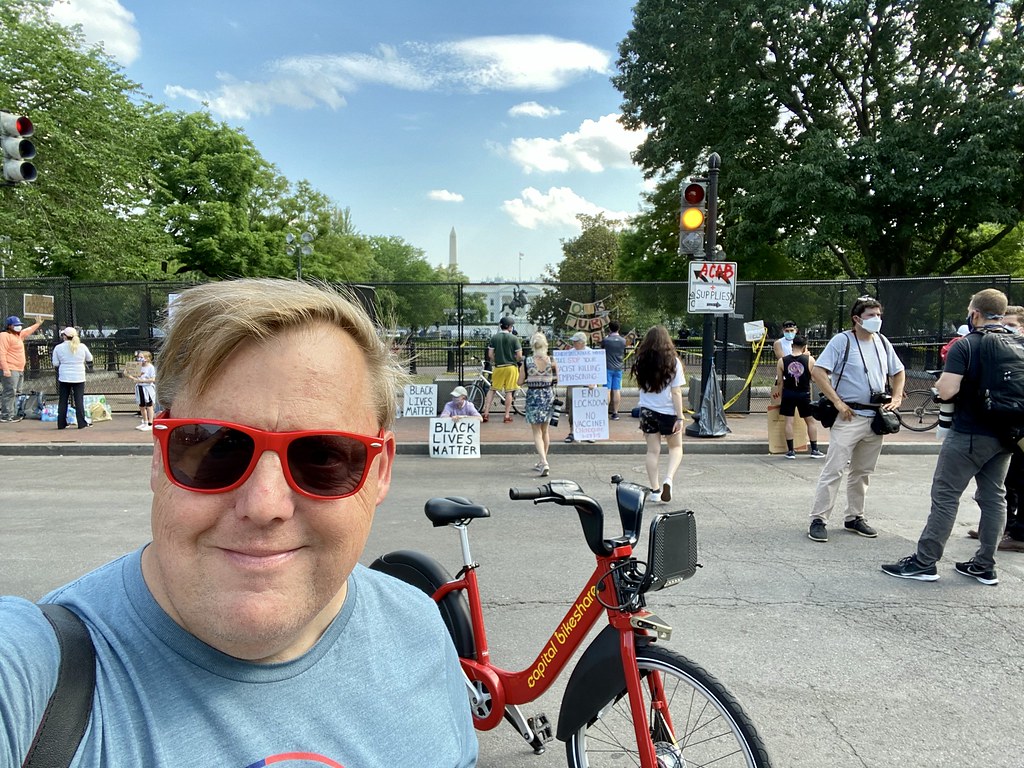 H Street, where the Secret Service and the Park Police beat protesters, now has the look of a perma-protest, with demonstrators in the street 24/7, supported by volunteers with water and snacks, and covered nonstop from the national media.

Trump and Barr have pissed off the Mayor, too. The curfew is over. Muriel Bowser wants the troops out and now actively supports the demonstrators.

This morning, with the city’s help, Black Lives Matter is being painted down  several blocks of 16th St. This is where Barr walked on Monday after he unleashed the military on an American city. 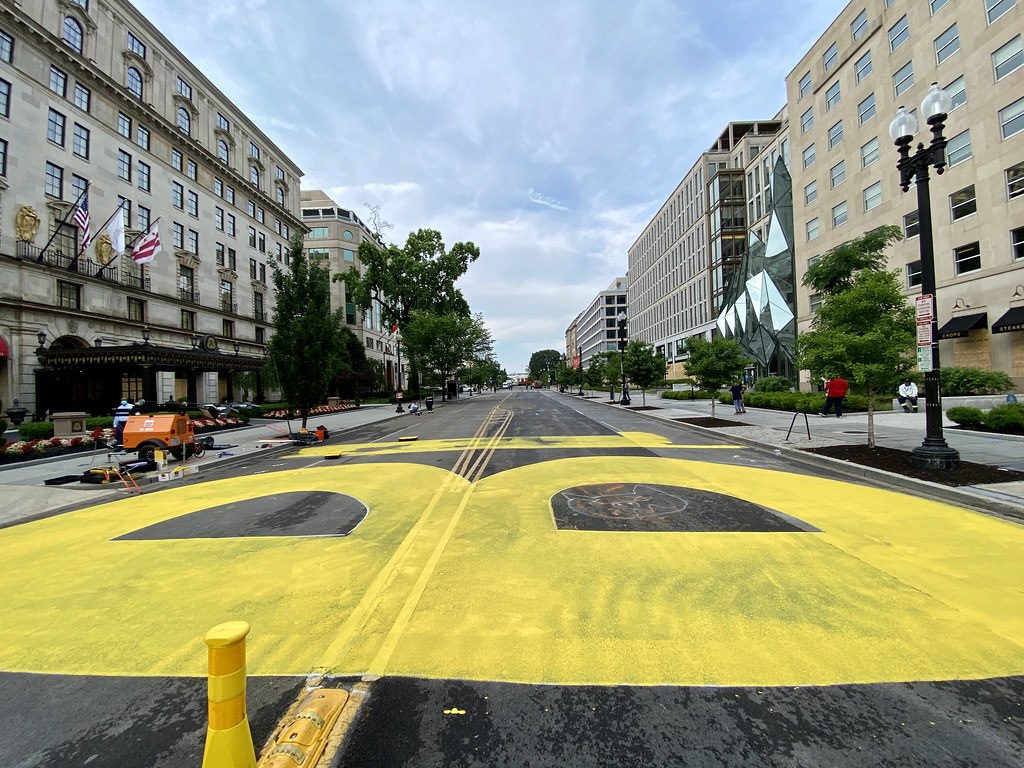 Another huge demonstration is expected Saturday.

If you work in the White House Complex, do you want to deal with this? There are lots of non-political folks there in support roles. Do you want to cross a line of demonstrators to get to work? Or are you going to find a way out the bunker?

I am personally very angry. Seeing the damage the Trump administration has done to my city enraged me like nothing else. Watching a Blackhawk helicopter fly by my window on Monday night terrified me and then gave me a steely determination to resist. 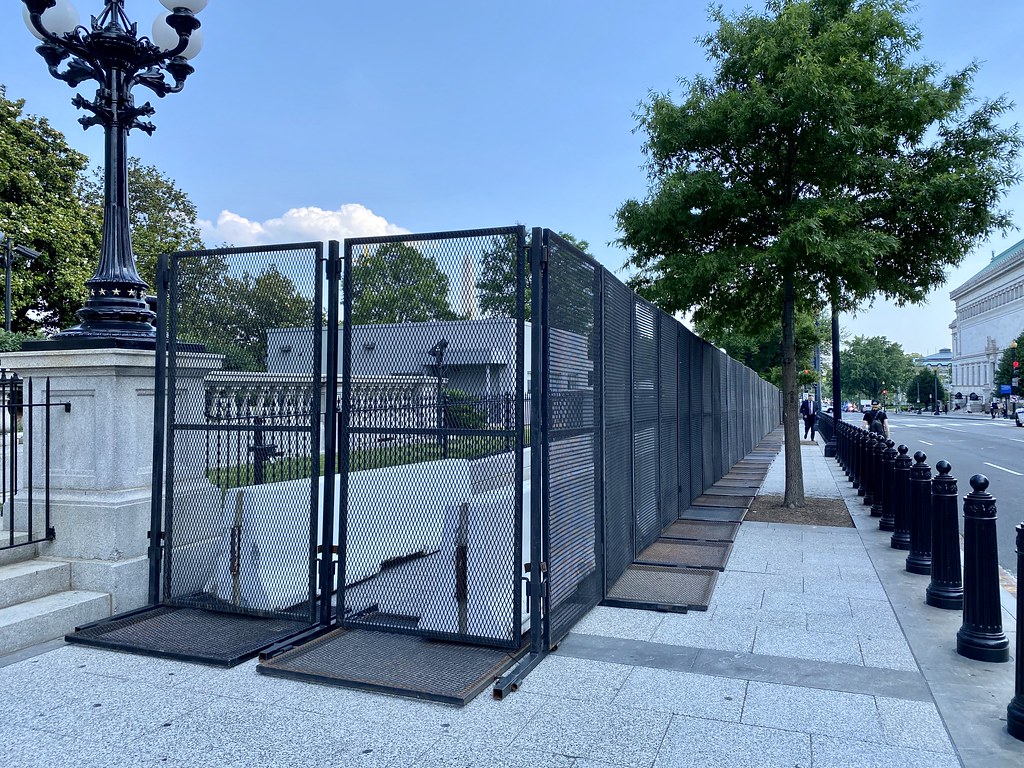 In addition to the challenge of avoiding demonstrators in their thousands, the Trump administration now has to deal with random white men on bikes yelling at them. Like me. I think it’s unexpected.

“Tear down this wall!” I shouted at the officers supervising the construction of the security barrier around the Ellipse.

“Go home,” I told some National Guardsmen on a street corner.

But I think mockery works best. The entrance to the OEOB is on 17th St. I was taking a picture of the new fence when a guy in a suit came out of the building. I smiled; he smiled.

“What level security prison is this?” I asked.

We, the people, remain free in this city. We can come and go. But Trump is a prisoner of Pennsylvania Avenue.