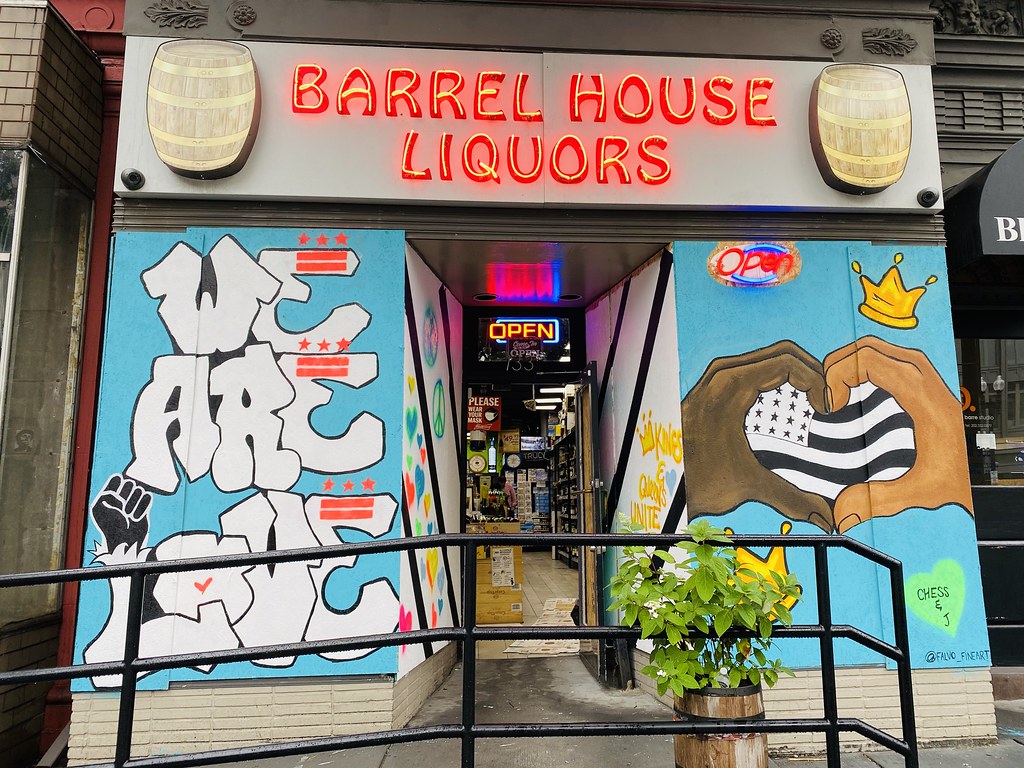 Boarded-up buildings used to be a feature of Washington life.

For much of the 1990s, I lived a block off the 14th St NW corridor. It was not the avenue of conspicuous consumption that it is today.

Instead, it was known for prostitutes. 14th St was the city’s red light district.  While most of the seedy strip joints and peep shows were gone by the 90s, the hookers remained. Coming home by cab, I’d see women in tiny skirts and high heels trolling for customers next to shuttered buildings. (An experience that helped to inspire my novel, Don’t Mess Up My Block.)

The Logan Circle area had been like this since the riots of 1968. I couldn’t imagine it ever changing.

Also, it wasn’t called Logan Circle, a neighborhood name that was synonymous with slum. My apartment at 15th and Swann was in a place called Dupont East, according to the real estate listing. 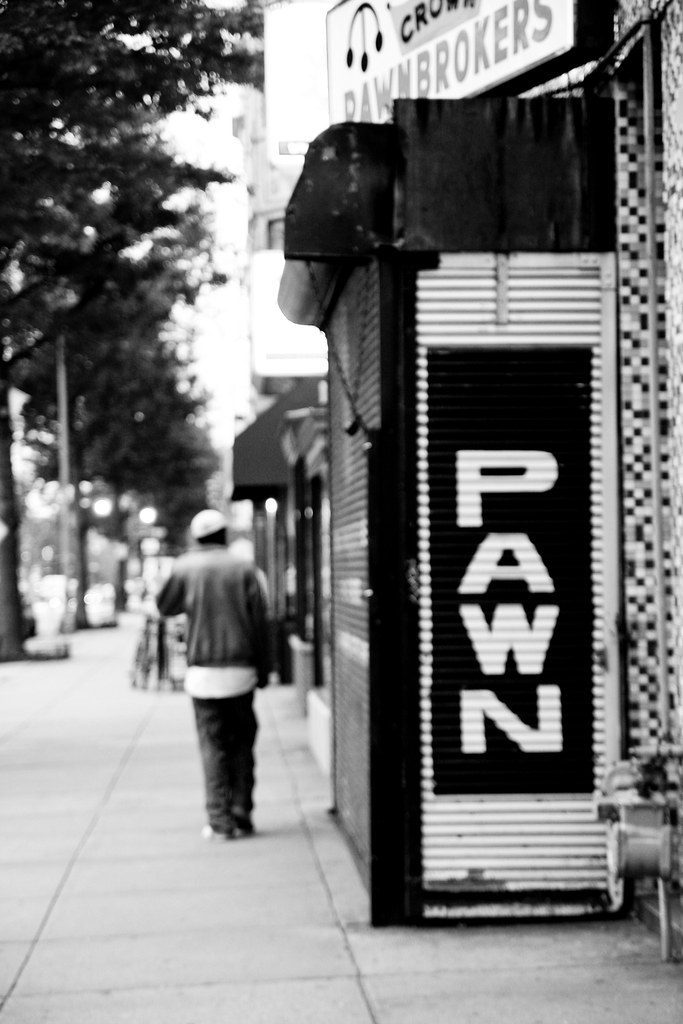 There were no big glass storefronts on 14th St back then. Instead, you had riot architecture. The places that were open were built to survive a disturbance.

One of my favorite dive bars, Stetson’s, embodied this style. It had a brick front with one small window that was made of smash-proof glass cinderblocks.

On 14th St, buildings were either boarded up or covered with big metal shutters that were pulled down after dark. There were a few exceptions to this, of course, like the Black Cat and the ubiquitous auto repair shops that lined the strip; they were probably chop shops.

Things changed slowly and then all at once. Theaters and clubs moved in, opening up the old auto showrooms. For a while, there was were even used bookstores and indie coffeeshops in the neighborhood. 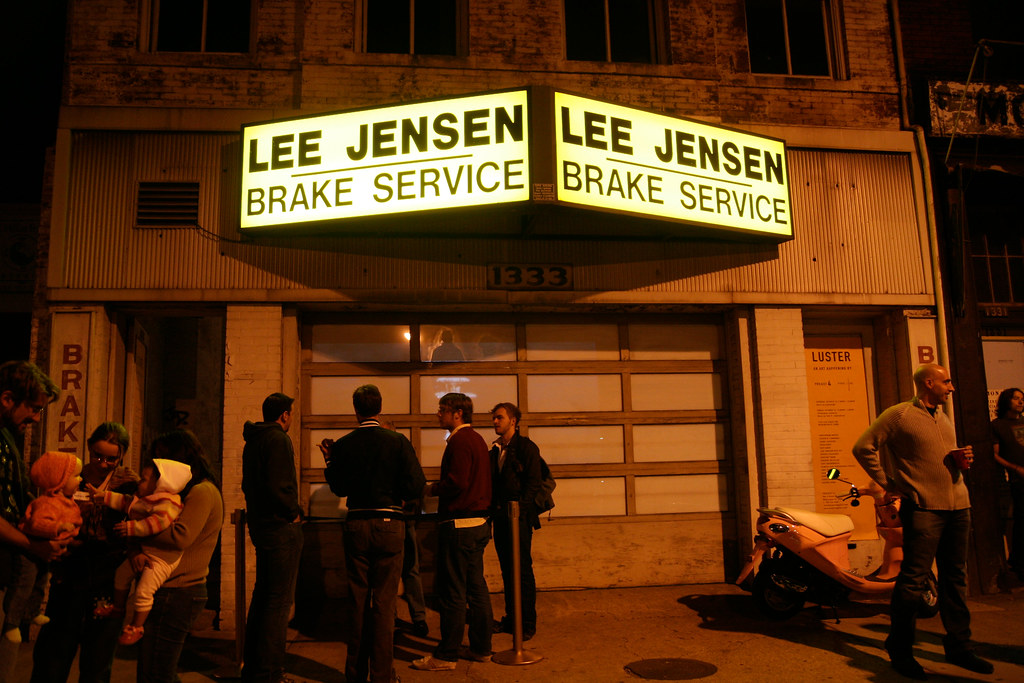 The brief period of the late 90s/early 200os was my favorite 14th St era. Still a bit cheap and seedy, and just dangerous enough to scare off the suburbanites. You could have an unbothered drink at Bar Pilar, go see a pop-up art show in a former brake shop and still afford to live in the neighborhood.

I represented this transition in my short story Apartment 101, depicting three decades in the life of one apartment. It’s largely based upon my experience of living at 15th and Swann.

Washington, DC, exploded with money and people during the Obama years. We had a good mayor in Adrian Fenty who ushered in reforms, got rid of the worst of the corruption and delivered new amenities like bike lanes and new libraries.

Meanwhile, the grungy 14th St corridor I had come to love went upscale. 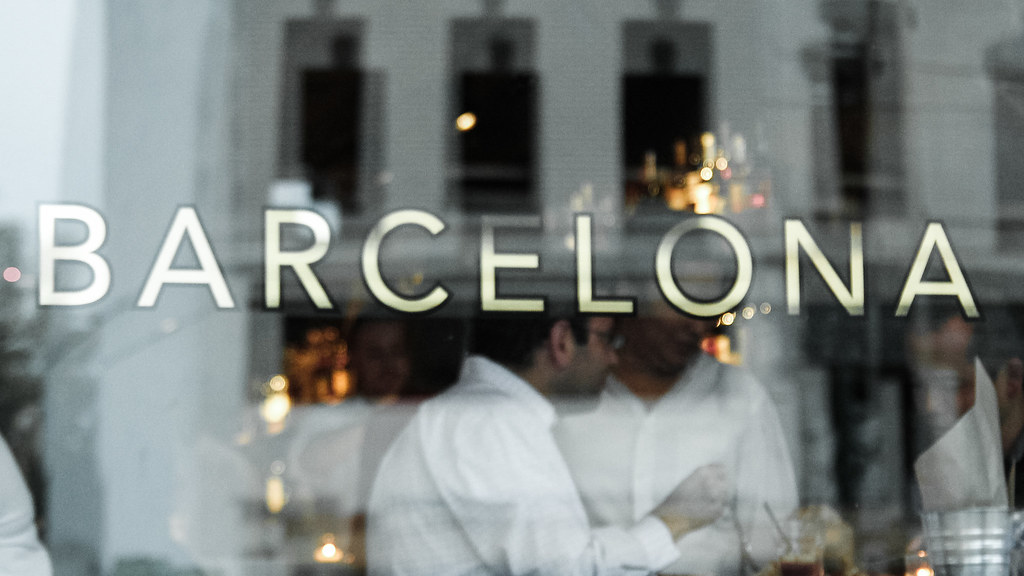 The boards were taken off and the old buildings were gutted and opened to the street. Barcelona, a Spanish-themed wine bar, was a revelation. A grimy outdoor gym was turned a sparkling stage with a huge glass window allowing people to peer into the boozy life of Washington’s professional set.

And to my surprise, there was even sidewalk dining on this street where I once dodged ranting crazy people and prostitutes. In a homage (mockery?) of the past, a bar called Red Light District opened on the street. The few people who remembered 14th St from the old days thought this was insensitive. 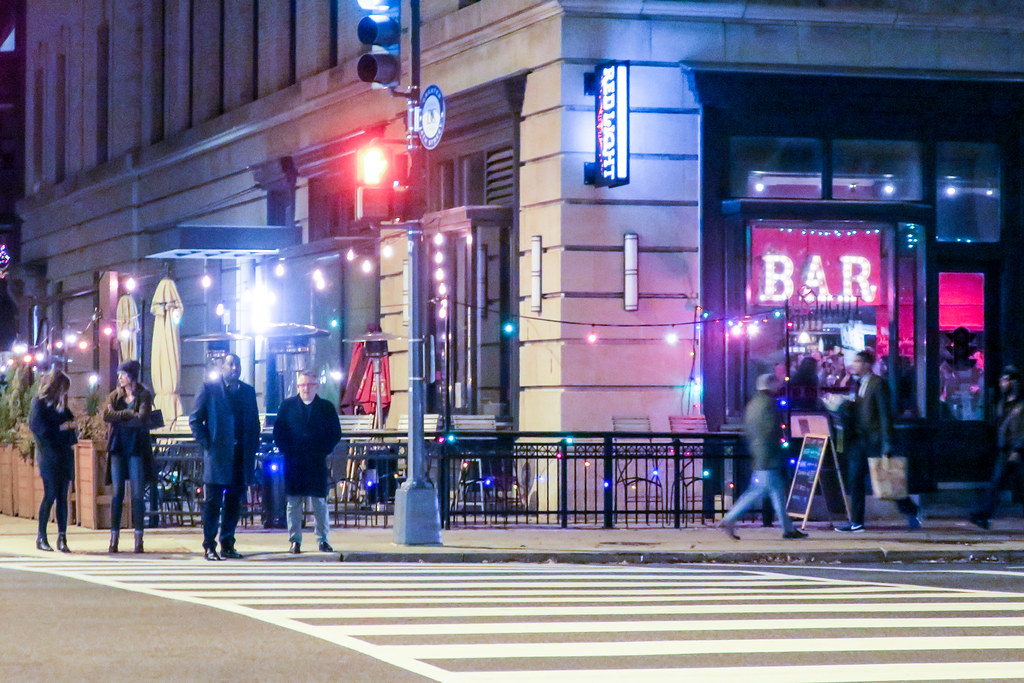 The city was now bougie. And I couldn’t imagine it ever changing.

In 2020, this unhappy year, the pandemic changed everything. In mid-March, everything closed from fear of the coronovirus. Mayor Bowser ordered the city into lockdown.

I used to be annoyed the drunk brunchgoers, the double-parked Ubers, the places like Bar Pilar that had been discovered by the masses. But it felt really creepy to be on the street without people, especially at night.

Following the death of George Floyd in Minneapolis, demonstrations came to DC which devolved into riots, window-smashing and looting. While the police were busy with Black Lives Matter protesters near the White House, organized groups drove around the city, robbing liquor and drug stores. 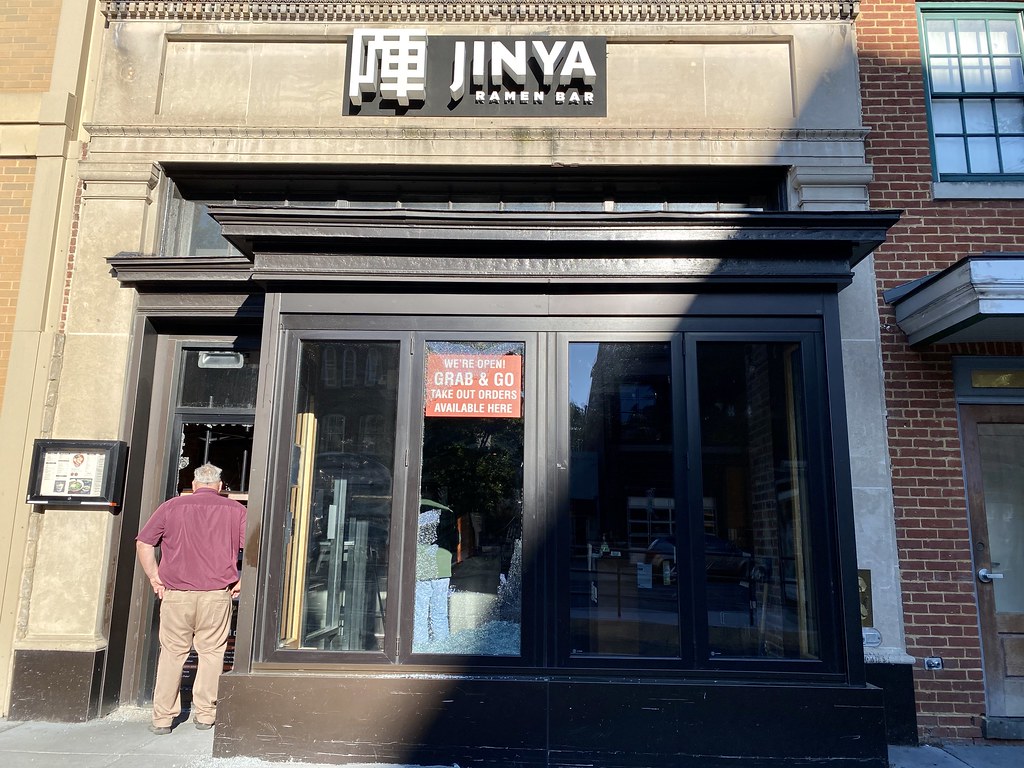 I went out one morning to see jagged holes in the store fronts of 14th St. Rocks had been thrown through windows of restaurants.

Later that day, boards went up along the length of the 14th St corridor. All the temples of consumerism were now hidden by ugly plywood.

Then the boarded up storefronts blossomed with art, painted by local muralists. An improvement, as the city limps back to life.

Now, restaurants and bars have started to go out of business, like Ghibellina, where I once enjoyed happy hour pizza. While people will do takeout and sit outside, few want to go inside to a bar.

The advantage of the city – the people – has become has become a liability in this covid era. 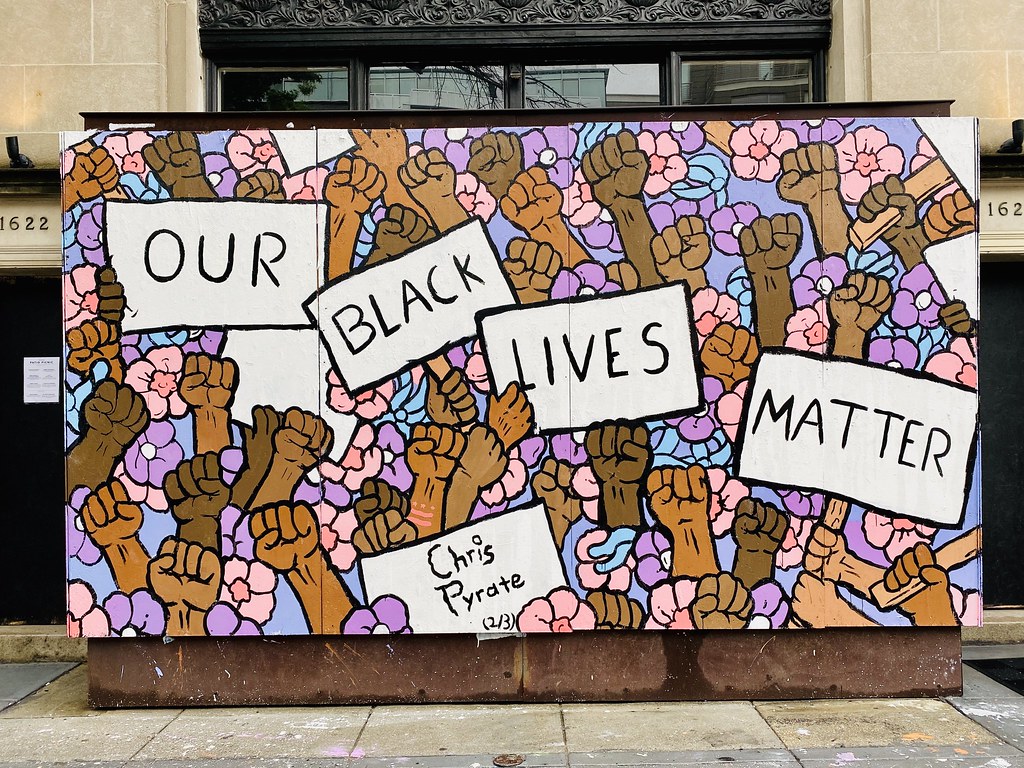 This is the point where I would write something optimistic, that the bad times certainly can’t endure and that things will soon be back to normal.

But I have been consistently wrong about things since 2016, the world surprising me with new terrible developments; this is a dark timeline.

So, what happens next? With people afraid of crowds and a move toward telework, do cities have a future? What will become of 14th St?

It could go from the wink-wink Red Light District to an actual red light district, rolling back progress all the way to the 1990s.

Or, maybe, it could become the bohemian paradise I loved in the early 2000s. Gritty and a little dangerous but affordable.

The truth is that 14th St is going to change, like it has continuously, adapting to the people and circumstances of the city. Urban life will endure, because people like it. 14th Street will too.