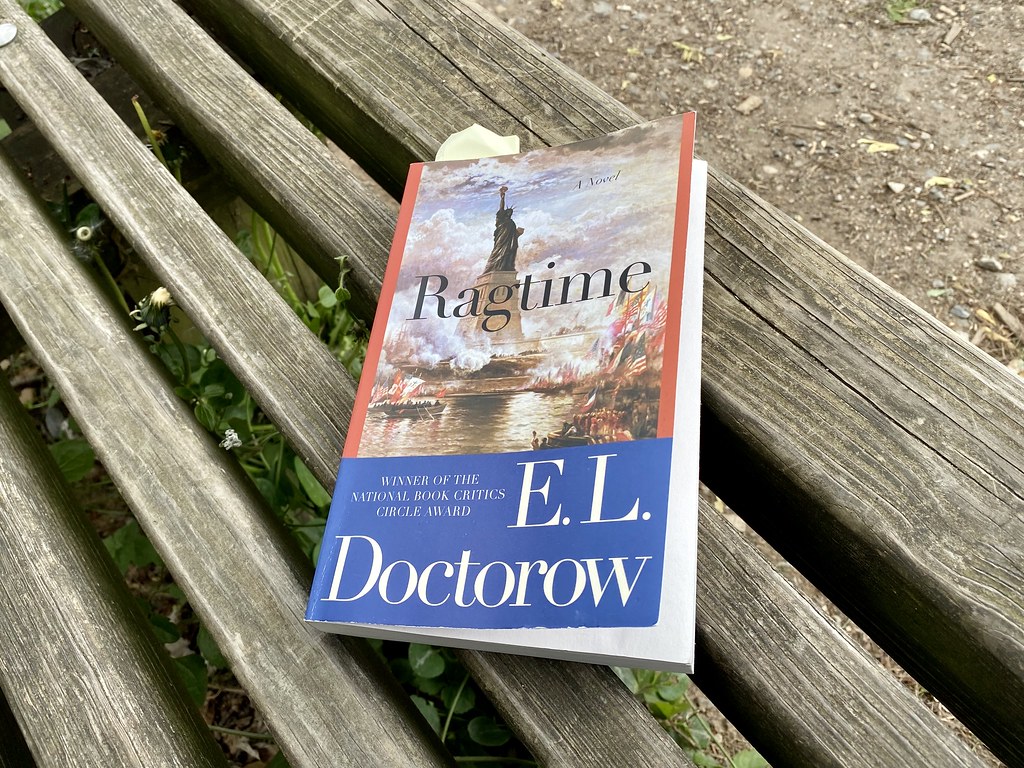 The historical fiction of E.L Doctorow provided solace to me during these troubled times.

It was the day before the world ended.

Non-essential businesses were to be shutdown in a desperate attempt to stop COVID-19 in the nation’s capital. Washington, DC, was going into lockdown and I was at Kramerbooks searching for something to read.

The bookstore looked pillaged. Deliveries hadn’t come in for days and book-readers had snapped up as much as they could, desperate for something to read for what was announced as a 30-day shutdown.

Gloves and hand sanitizer was available but not masks. That requirement was in the future. Masks were for medical personnel, only.

I wanted to get in and get out. I figured two big books would be enough to last me for the month. The first was a massive tome, The British Are Coming, a serviceable work of history about the opening days of the American Revolution.

But it was the second book that imprinted itself on my memory, providing consolation during these chaotic, disastrous days.

That book was Ragtime by E.L. Doctorow. It’s one of those books that I’m sure my parents read. They have bookcases full of novels. Maybe I picked it up at some point when I was kid and paged through it. Maybe even it made me think that one day I could write a novel.

I saw it on a ravaged shelf at Kramer’s and took it.

There’s a magic that only a good novel can perform. It’s a spell cast by an author that envelopes you completely, taking you out of your world and placing you in another one that seems just as real as your own.

Doctorow conjures America in 1906, all the heady optimism and crushing tragedy, with an operatic scope that touches upon lives large and small. We meet historical figures, like Harry Houdini and Henry Ford, and the ordinary folks of New Rochelle, NY.

Ragtime unfolds as if in a dream, a story told by an omniscient, God-like presence that zips back and forth in time, sweeping across the entire American continent. The stories pile up upon each other, a kaleidoscope view of a country in constant motion, powered by new technologies such as automobiles and electricity, a people finding their power on the world stage.

On June 22, non-essential businesses like Kramerbooks were allowed to reopen. I think bookstores and libraries are essential; I was glad to see them open again.

I returned to Kramer’s. I masked up and picked up the only E.L. Doctorow novel on the shelf.

The March by E.L. Doctorow is about Sherman’s path of destruction through the South during the Civil War. It’s a tragedy but is also about finding little bits of hope among the ruins. Like Ragtime, it features real characters. We go into the mind of Sherman himself, full of darkness and doubt, yet determined to prosecute this war to the bitter end. And we meet colorful characters like General “Kill Cavalry” Kilpatrick, whose roguish adventures were so unbelievable that I had to look them up on Wikipedia. They’re all real.

While the country has reopened, the coronavirus news is even worse. 138,000 dead, a total more than most of our wars. I read The March at home, sheltering from other people and the stultifying heat. And I finished it by the pool, on the first day it reopened, my neighbors and I carefully spaced apart on the rooftop, everyone a bit nervous.

Like you probably do, I spend too much time doomscrolling. Looking at Twitter and reading articles about contemporary disasters.

Reading fiction breaks that habit. A good novel does more than just transport you to another time and place; it heals your brain. The hours go by as you silently read, whether it’s on a park bench or poolside. The nervousness dissipates as you enter the dream world of the novel.

Put down your iPhone and take up a book instead.