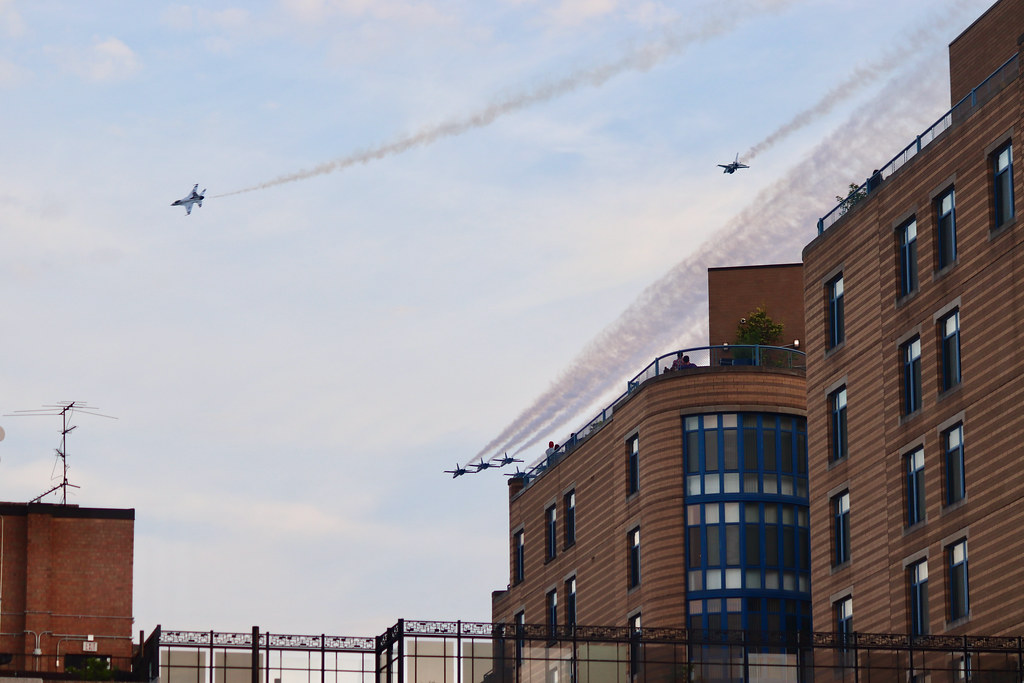 Seeing a plane in the sky, I feared the worst.

My apartment looks south toward downtown Washington, DC. It’s a no-fly zone. When I look out my window and see a plane in this corner of the sky, it’s always a bit alarming.

The last time it happened was on June 1, the day that Trump unleashed his forces to brutalize protesters for a photo op. Paramilitaries cleared Lafayette Park so he could pose with a Bible.

And then the helicopters arrived. Through my window, I watched as Blackhawks thundered low across the city, packed with soldiers, in a deliberate attempt to intimidate this very Democratic city.

This went on all night long, my window rattling from low-flying military aircraft, like I was living in Fallujah. The next day, walls went up around the White House. 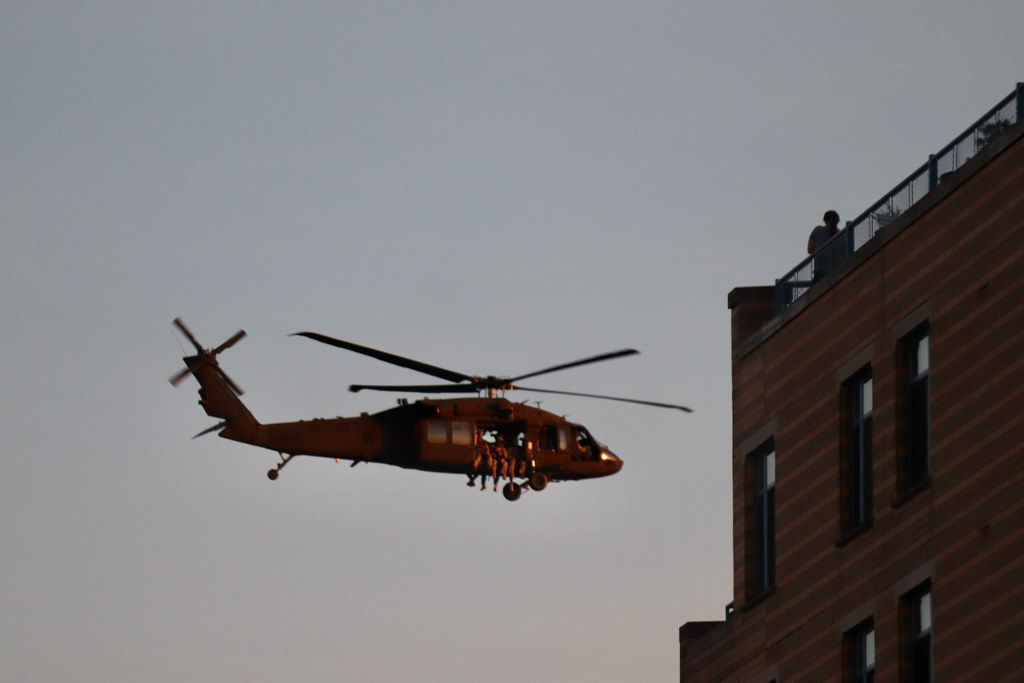 One month later, on July 4th, a plane popped up in my window, banking over the no-fly zone downtown. With my window open, I could hear the chants of demonstrators from a block away, “Black Lives Matter.”

And, in the sky, an airplane where no airplane should be. It was circling. I assumed it was there to spy on demonstrators or attack them.

This aircraft did not drop bombs. Instead, out tumbled parachutists. The Golden Knights of the U.S. Army.

230,000 dead from coronavirus but we get a man in a parachute holding an American flag drifting out of the sky. 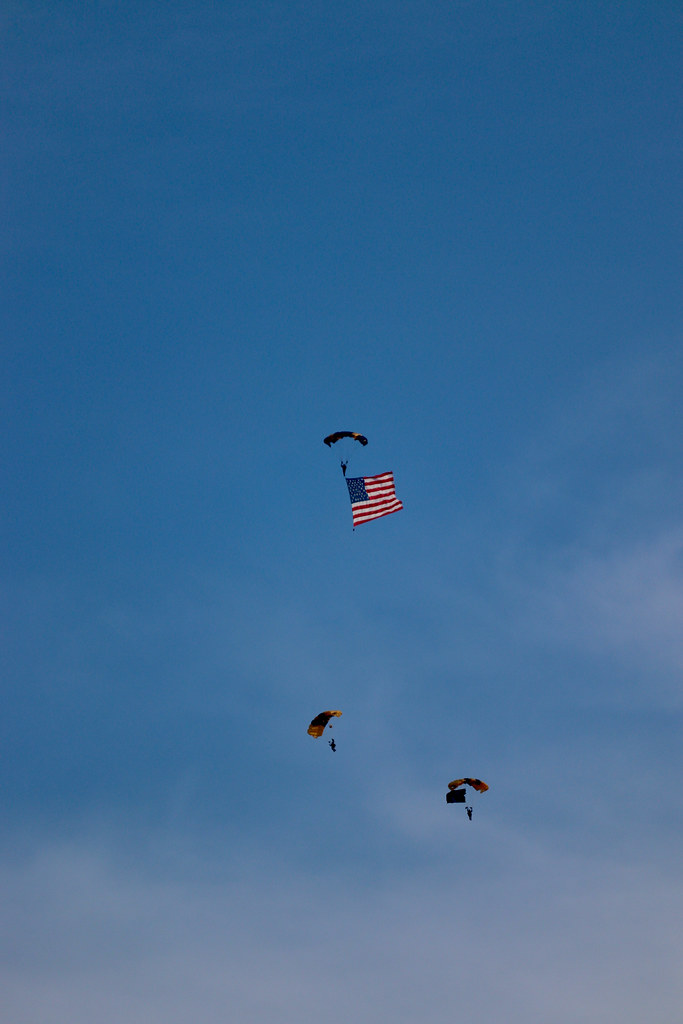 This was the beginning of a military air show, ordered by Donald Trump. The pageant of power scrolled across my window from right to left. I saw classic planes, like a B-29, the plane that dropped atomic bombs on Japan. Then came a B-52, roaring like a freight train. F-16 fighters rocketed overhead. A stealth bomber silently slid over the apartment buildings of my Logan Circle neighborhood.

Your perception of the US military changes after it’s used to intimidate you. Cool airshow but you wonder when the planes will be used against you again. It’s even more galling when you realize that you’re paying for the shock and awe campaign.

I’d see the planes on TV and then a couple seconds later, they’d be in my window. On the screen, Trump preened, a child delighted at this air show, the world’s oldest toddler.

In Ancient Rome, they got bread and circuses.

No bread for starving Americans who have lost their jobs in this crisis. Instead, we only get a circus, a noisy air parade from the Department of Endless War.

In Europe, they have free health care. Workers were paid to stay home during the coronavirus. Protective equipment was provided. They beat covid. Now, they celebrate the achievement.

We can only watch from afar because we are banned from visiting. Too much covid here. Trump let the virus get out of control, along with his fellow dictators in Russia and Brazil, who preferred to spend money on military parades.

We deserve more than meaningless gestures, like a flying circus on July 4th.

We deserve a government that works.