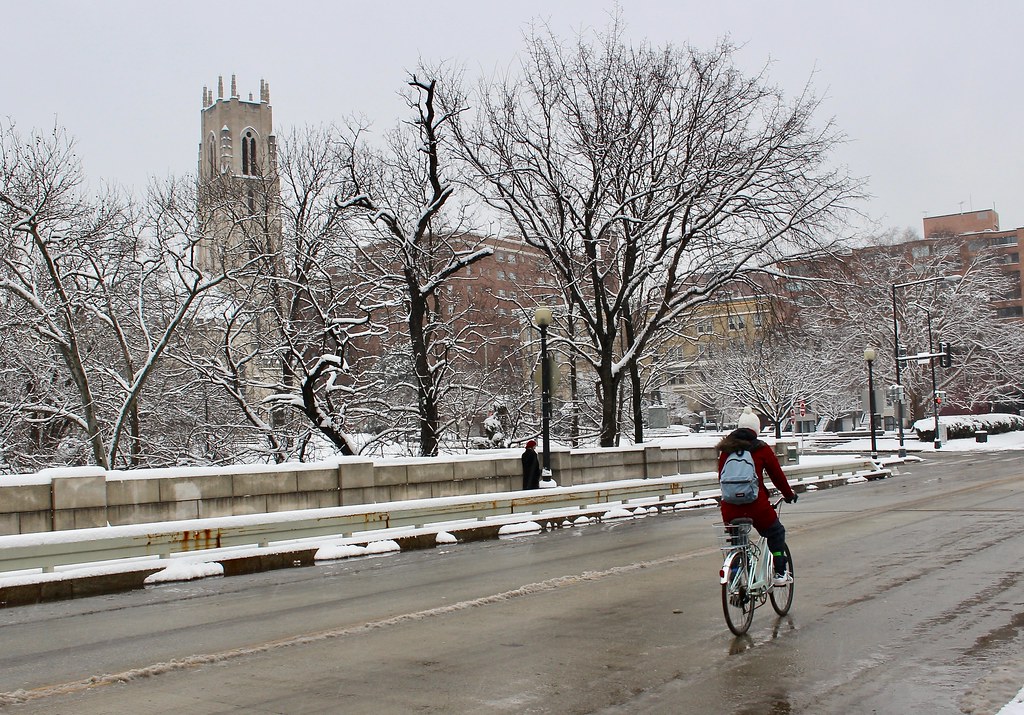 I have a new article in The Washington Post – Five Tips for a Better Weather Photo!

In this listicle for the Capital Weather Gang, I share my tips for creating a good weather photo. It’s about composition, knowing your camera, including people, getting out of the car and telling a weather story.

The photo editor included lots of bike photos – that’s what I’m known for as a photographer. A bike is also how I get around the city and am able to capture so much interesting imagery.

I’m a huge Capital Weather Gang fan. It’s the best part of the paper, IMHO. I was glad to share my knowledge with their readers.

2015 was the perfect storm, in which my love of digital photography met the opportunity to be featured in the Capital Weather Gang. I was already wandering around the city taking photos so why not submit them to the Washington Post’s weather blog? By the end of the year, my photos were appearing about once a week on the site.

Here are some of my favorite CWG photos, along with notes about how, when and where they were created. 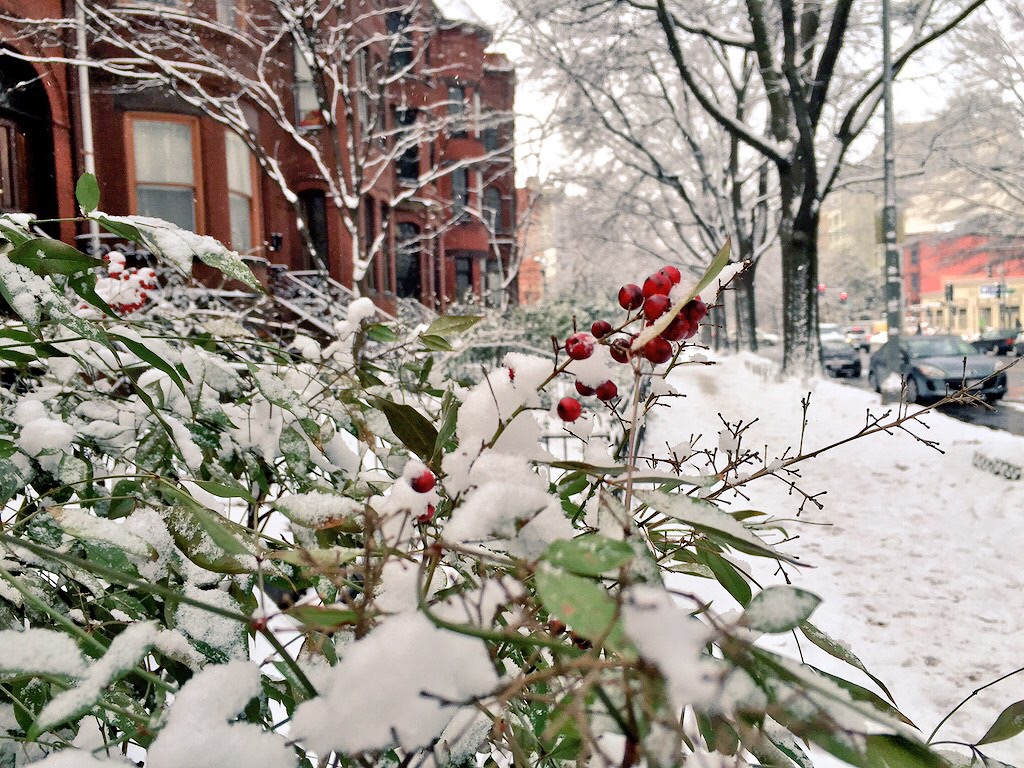 This photo was featured in a roundup of snow photos in February. It was one of the first photos I took with the iPhone 6 and it stunned me. There is such a qualitative leap from the iPhone 5 to 6. The 6 is so good that it’s become tough for me to distinguish DSLR shots from iPhone 6 shots. Especially when you get soft, bright light like under an overcast sky with fresh snow. I kept taking photos until my hands froze. 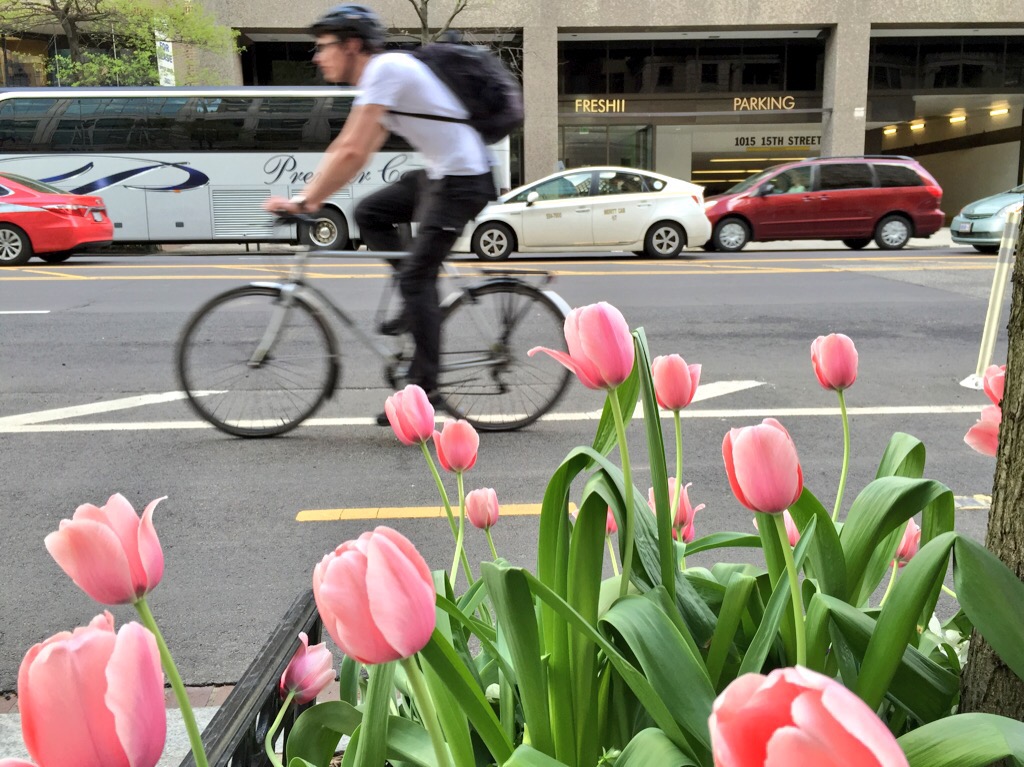 While we didn’t get much snow, it was a very long and cold winter, the year of the polar vortex. When spring finally arrived, I had tulipmania. Everywhere you looked, flowers were blooming, like this photo I captured for an April CWG forecast. Landscape photos look better with people in them so I waited until someone biked by on 15th Street – this is just a block from the Washington Post building. 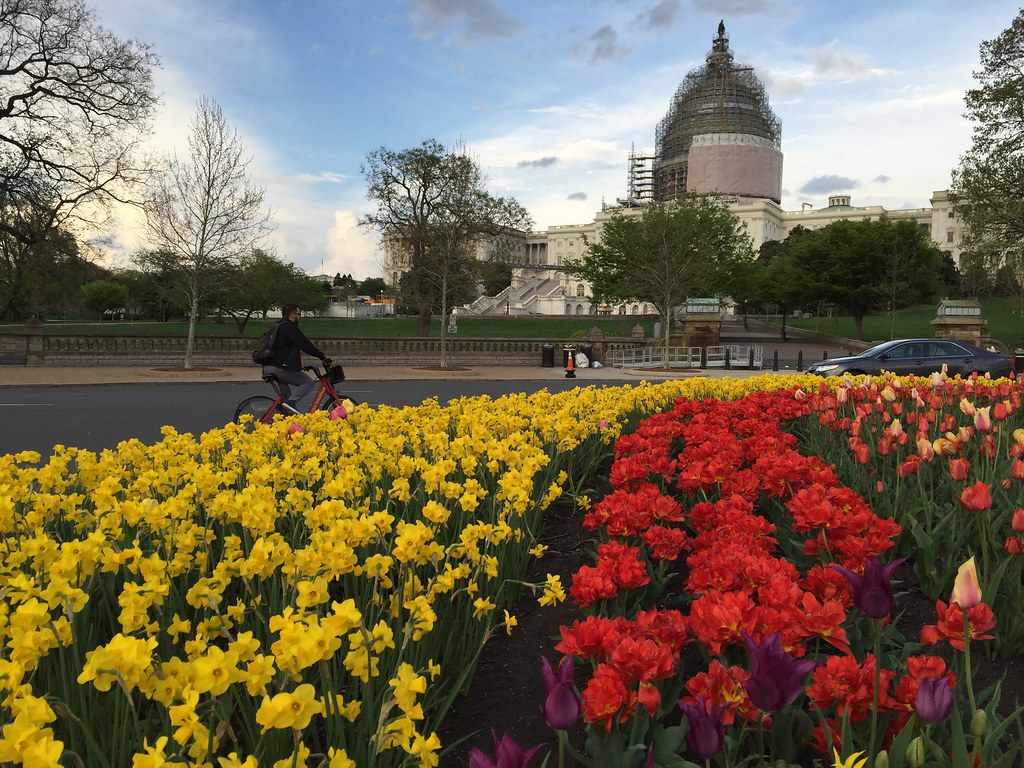 And more flowers and bikes on the following day. 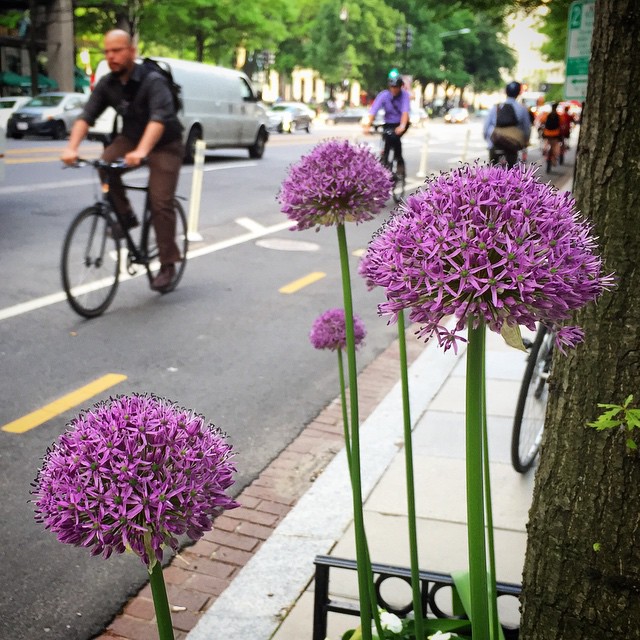 You tend to return to the same spot for pictures, like this photo from May. I like this spot along the cycletrack, especially when flowers are in the foreground. 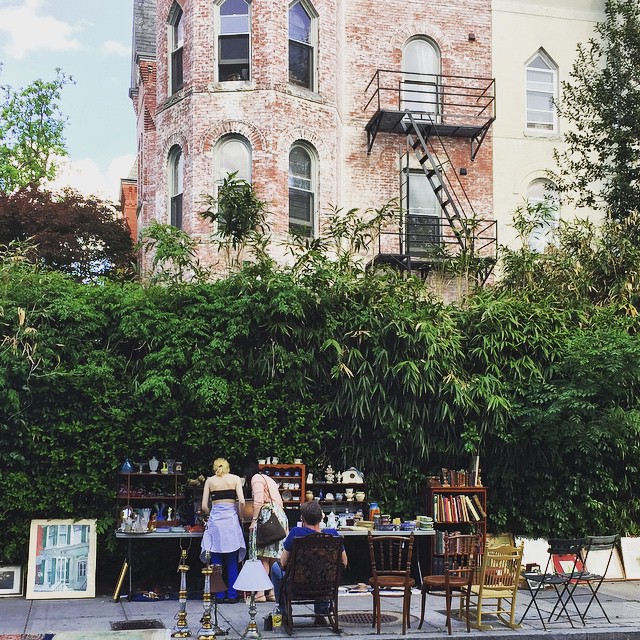 This Instagram photo from May is one of those moments that you never forget. It was a Saturday and I was returning from Glen’s Garden Market. I was on my bike and had a six-pack of beer in my backpack. I passed this cinematic scene on 19th Street and turned around and came back to get a picture of it. The faded brick, the overgrown vegetation, the funky yard sale – it’s everything I like about city life in one photo. 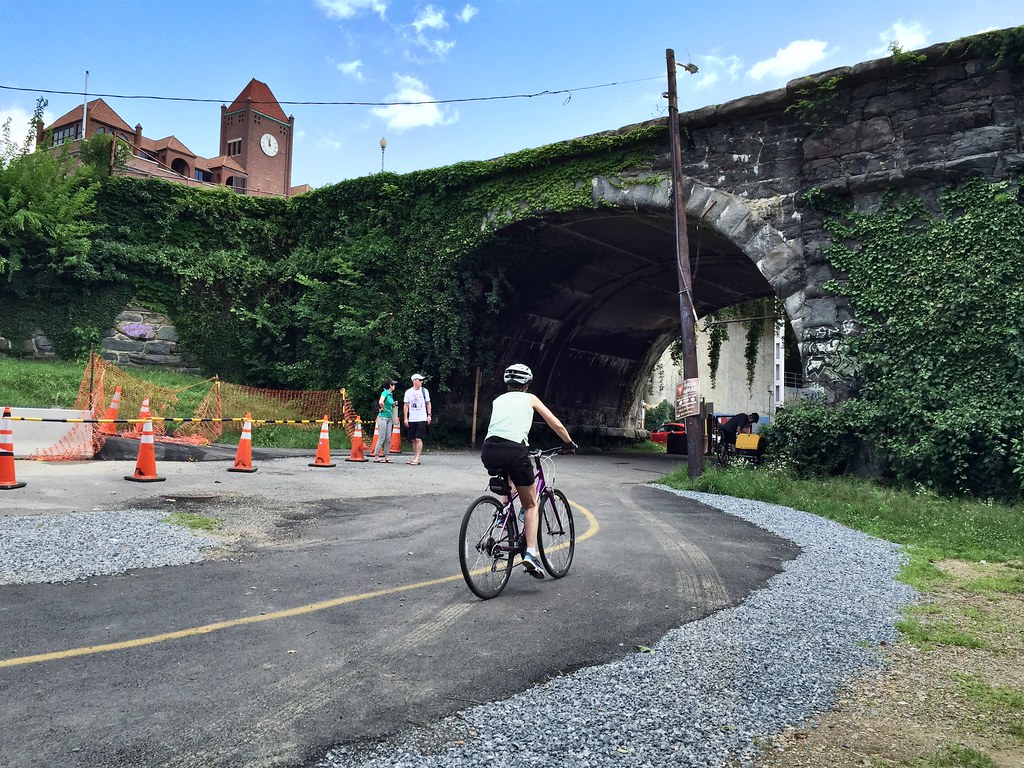 I take a lot of pictures of bikes. Most of my CWG photos were taken either while running or biking around the city, like this photo from June.  It’s from the end of the Capital Crescent Trail in Georgetown. 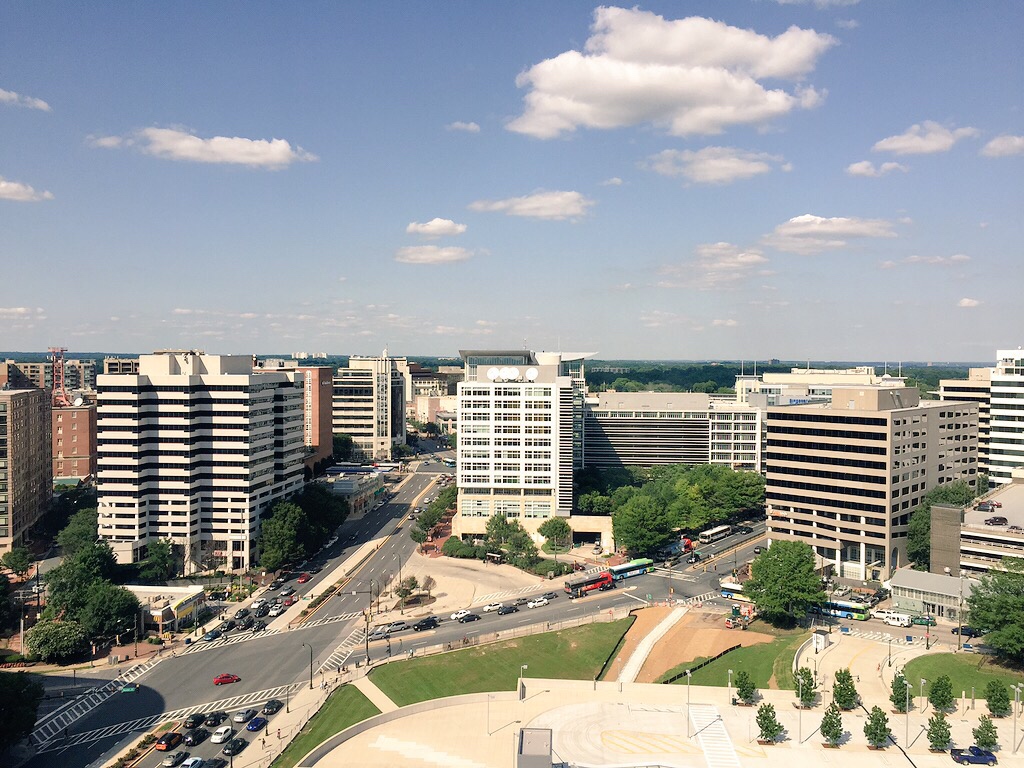 Little-known fact: I work for the National Weather Service. (Ironic/fitting that I have so many photos in CWG? A little of both.) I’m a contractor in Silver Spring. I am not a meteorologist nor do I play one on TV. This is from the 18th floor of NOAA Building 2, looking toward the Discovery building, on a very hot day in July. 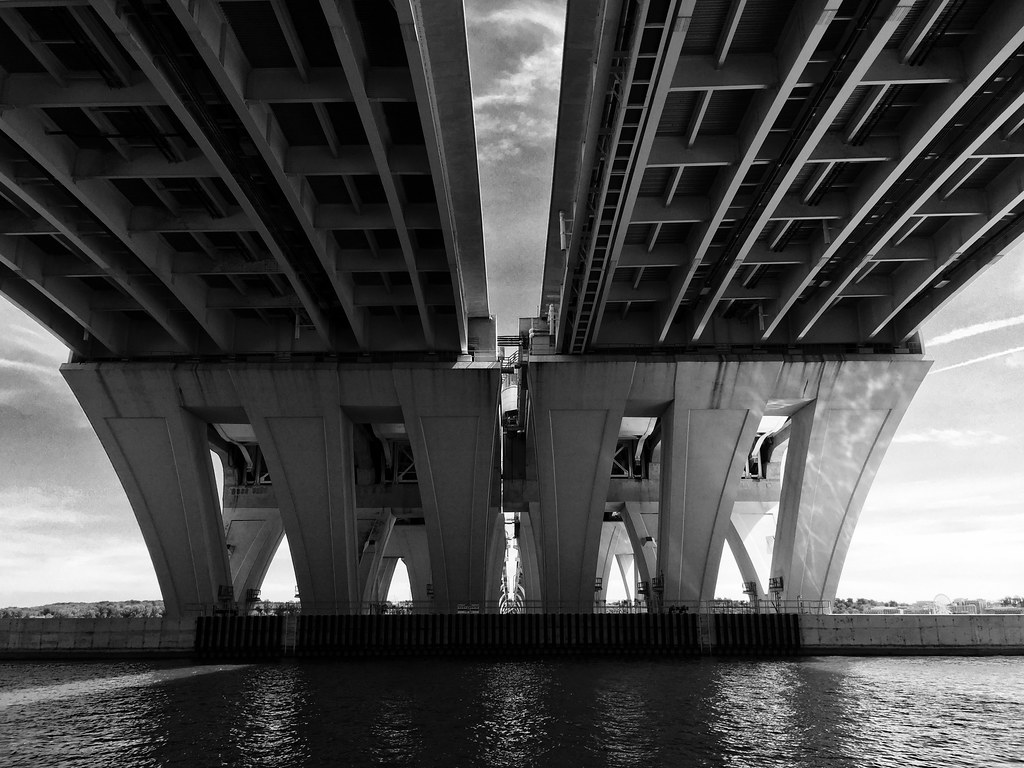 I don’t take a lot of black and white but, when I do, it’s architecture, like this photo of the Wilson Bridge from September. 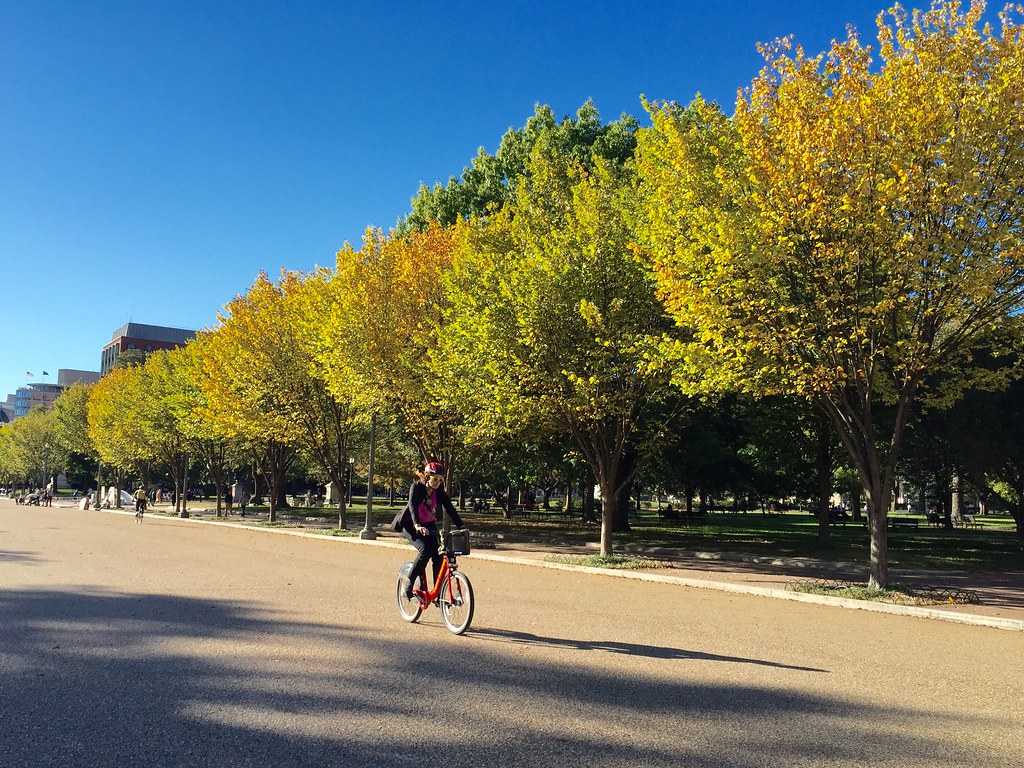 It was a long and lingering fall, starting in mid-October and stretching nearly to the end of the year. This is the car-free 1600 block of Pennsylvania Avenue, home to you know who. 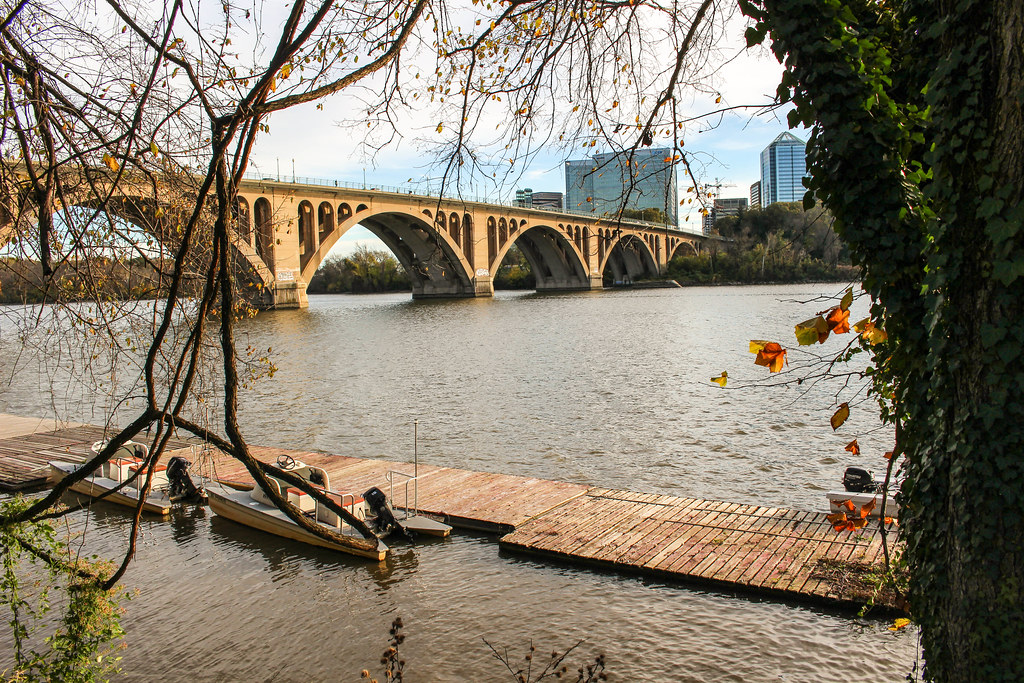 This is a non-iPhone photo. Can you tell? Late in the year, I got a deal on a refurbished Canon Rebel SL1 and took this photo of the Key Bridge in November. The camera can do things the iPhone can’t, like zoom, it’s sharper, better exposure, etc… but it can’t fit in my pocket. 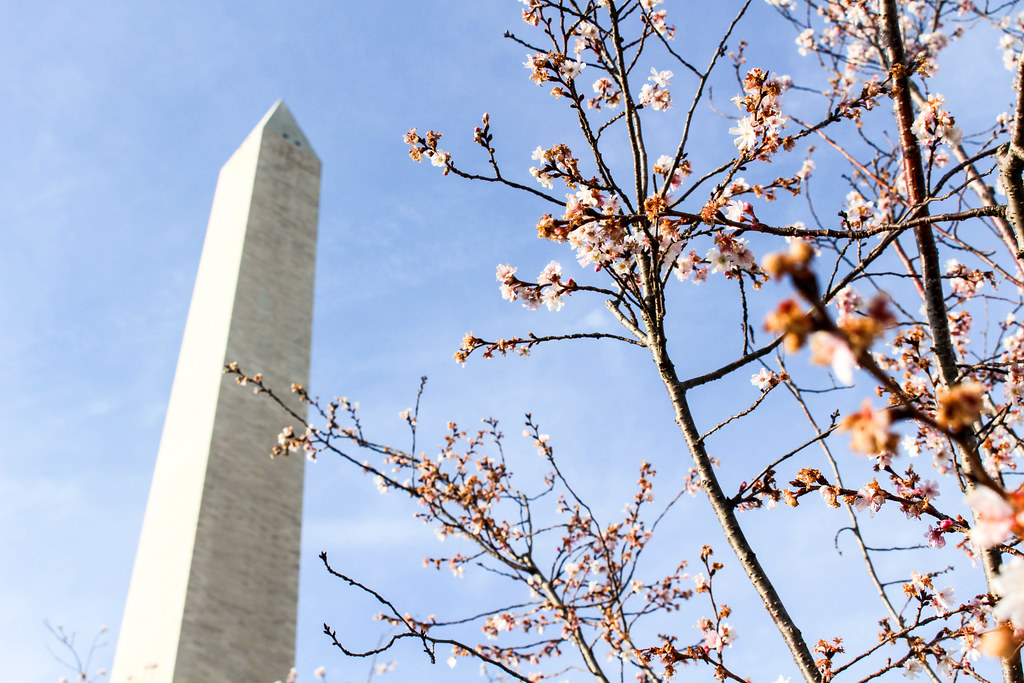 I have a rival. It’s Mary Gersemalina, the Coffeeneur! When she’s not organizing bike/coffee challenges, she runs and bikes around the city taking photos. Her trademark is something I can’t do: jumping. For a while toward the end of the year, Capital Weather Gang was the Joe and Mary show, with one of the other of us every week. After she posted a photo of blooming blossoms by the Washington Monument, I took this Canon SL1 photo of cherry blossoms in December.

I’ve been asked more than once: do you get paid for your shots? I do not. Then why do I do it? I enjoy wandering the city and taking photos. I’m doing that no matter what. Submitting the photos to Capital Weather Gang is easy to do via Flickr. And I like seeing my photos in the (online) paper.

Also, I enjoy sharing my view of the city. I want to show people that there’s a Washington beyond the monuments.

There’s a lot of bikes in my photos. You take photos of what you enjoy. DC is a city that bikes – from tourists tottering on red Capital Bikeshare bikes to the flood of commuters down the 15th Street cycletrack every morning. BikeDC we call it, a two-wheeled community of people who bike. I’m happy to create images that share this community with the readers of the Washington Post. And I plan on continuing to do so in 2016. Here’s to the new year!