It’s called LIKES and is a collection of short stories about social media. In it, you’ll meet an emigre who discovers that there’s no escape from Facebook. An Instagrammer seeking fame in Hollywood. A Florida woman who goes viral after a drunk tweet. And a grandmother spreading Russian disinformation online.

Available in print and Kindle. Order it today! 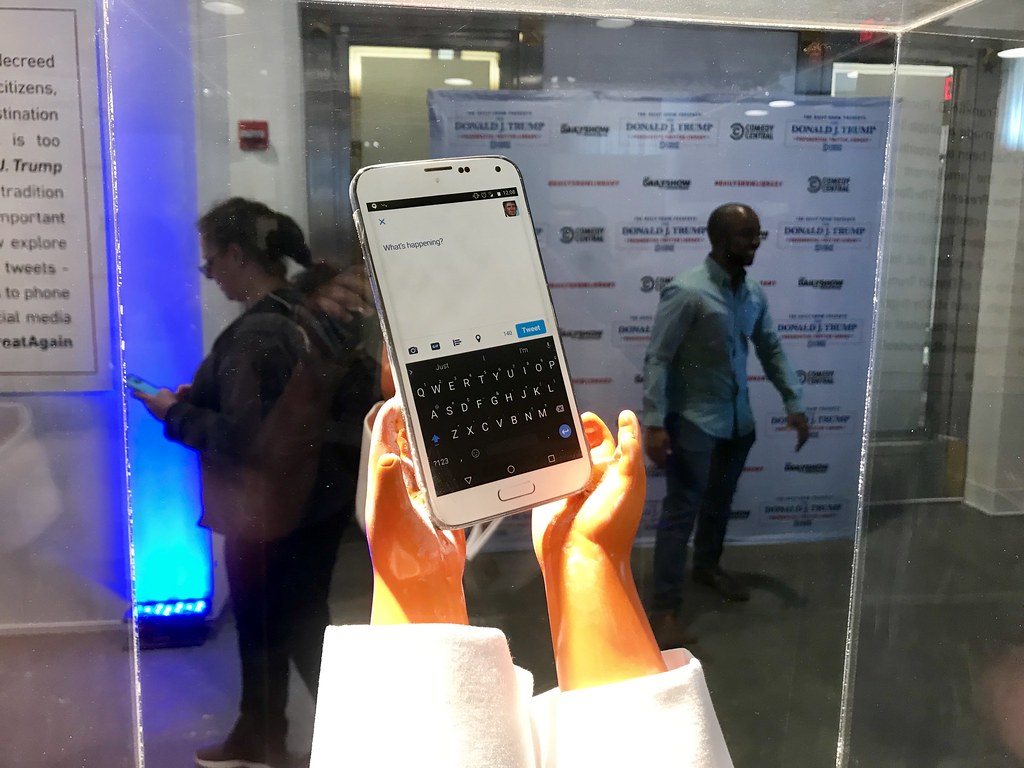 You can’t escape the news. It’s everywhere in 2018, blaring from TV sets and buzzing across iPhones. Every day, a new outrage, as America stumbles through the year, like a drunk on the edge of a subway platform.

Sure, you see the headlines emanating from Washington, DC, but what’s it like to live here?

For that, you need fiction, which can not only tell you what’s going on but make you feel it as well. Short stories allow you to inhabit the mind of another person, seeing the world through their eyes, and uncovering their terrors and anxieties, which may be different than yours.

Or they may be the same. The last City Paper Fiction Issue in 2017 featured three stories of electoral disaster, with my piece, Victory Party, the winner. Three fictional works that took you into the id of a city, uncovering its existential terror and disbelief.

That’s another thing about writing fiction: it’s therapy. Victory Party was my attempt to define our disordered reality in neat words and paragraphs.

And it was an amazing experience to see my winning short story in print all over the city. I got to do a reading, too, at Kramerbooks, which was the experience of a lifetime.

The contest is back! The City Paper is calling for submissions for their upcoming fiction issue. It’s only 2000 words – that’s nothing! You’ve probably written longer emails. The deadline is November 11.

Writing a short story about DC will help others understand what it’s like to live in a place where so much is so wrong. And it might help you, too. Here are answers to Frequently Asked Questions. It’s the story of a story – how Victory Party got made.

The deadline for the City Paper contest was not long after the Presidential Election. It was a natural subject. According to Mary Kay Zverloff (author of Man Alive!), who judged the competition, the vast majority of short story submissions dealt in some way with the election.

I was surprised, like most people, by the depth of Trump’s support. This election was Hillary’s to win – all the polls agreed. But, clearly, there was a secret class of Trump supporter, people in the shadows, who kept their opinions to themselves.

Who were they? What motivated them? Exit the DC bubble and it’s not hard to find folks suffering from hard times. As I wrote in Victory Party, these were people who:

But what would it be like to be a Trump supporter in Washington, where 96% of people voted for Clinton?

There are a lot of bars in my fiction. Write what you know! It’s the default setting for a Joe Flood story. I find bars to be interesting places that bring all manner of people together. Having talked to a few bartenders, I’m also fascinated by the business of bars, how a couple dollars worth of booze gets magically transformed into an $18 drink.

DC has seen a rise in this “cocktail culture” over the past few years, as the loveable dives of my youth give away to exclusive speakeasies. I decided a ridiculously hipster bar would make a good locale for my story, the better to illustrate the contrast between elite DC and the real world.

I had two sources of inspiration for my setting: Bar Charley and McClellan’s Retreat. I wandered into Bar Charley on election night. It’s a cozy, brick-lined basement much like my bar in Victory Party. And, like in my story, there was a palpable sense of tension there on election night, an expectation of victory tinged by a fear of the unfathomable.

My other inspiration, McClellan’s Retreat, I just love. Quiet, dark and with no TVs, this Dupont Circle craft cocktail bar is a great place to meet friends for an intimate chat.

I mock the people of DC in books like Murder on U Street. I think newcomers to the city are naive and clueless. A shiny veneer has been placed over a Washington that still houses the poor and disaffected, a city where anything not locked down gets stolen.

In Victory Party, my bar patrons are sloppy and careless, blithely handing over their credit cards to questionable individuals and willing to get in any car that looks like an Uber.

It’s also a city of winners and losers, in which incumbents capture whole economies and take the benefits for themselves. Homeowners vs Renters. Baby Boomers vs Gen X. Feds vs Contractors.

I illustrated this dichtomy with two characters: Randy and Michael. Randy is an ex-con with $27 in the bank. Michael owns a bar which serves watered-down drinks – and no one notices. Their view of America is shaped by the opportunities available to them. Crime tempts Randy while Michael is effortlessly rich.

Short story submissions to the City Paper contest had to be less than 1000 words. That’s short. This blog post is longer than that.

The word limit forced me to focus on the most essential elements of my story. All I wanted to show was the moment that Trump won, the shock in DC, and one person who was happy about it. Victory Party sketches out its characters and themes and then delivers us to that epiphany.

When I write, I like caffeine and background noise, preferring to work in coffee shops. I wrote the first draft of my story the week before Thanksgiving. The first draft was 1300 words. It was called “Her” and was largely about the reaction of Hillary’s supporters to the loss.

After writing the first draft, I let the story sit for a day and then began cutting, to get the tale below 1000 words. Inspired by the excellent new Hemingway bio, Ernest Hemingway: A New Life, I chopped anything resembling exposition, i.e., explaining the characters rather than showing them do stuff. Show, not tell.

I focused on Randy and his outsider’s view of the speakeasy, letting out just enough exposition for the reader to understand why he would resent a bar full of wealthy, naive Democrats. “Joe Flood masterfully doles out information,” Mary Kay Zverloff said in her introduction to my story, a comment which made me happier than anything else. She even used Victory Party in her writing class as an example of how to do exposition.

After getting my story below 1000 words, I picked at it for days, like a turkey carcass, deleting and rewriting bits and pieces of it.

The ending was a struggle. How much happiness would Randy reveal? I rewrote the last paragraph several times. In the end, I opted for my main character having a quiet moment of victory, one that he knows won’t last.

I also changed the title, from Her to the ironic Victory Party.

To celebrate the Fiction Issue, the City Paper had a party at Kramerbooks, where I read my story before a packed audience. I’ve been going to Kramers for decades – this was a thrill.

If you liked Victory Party, you’ll love my novel Murder on U Street, a mystery set in the real city beyond the monuments. Read this book if you want a wry look at the DC art scene.

I also have another novel in the works – Drone City, a satire in which a drone crashes into the White House, leading to the end of the country as we know it. It’s a comedy. I’m editing the manuscript now and am looking for agent. Look for it later this year 🙂