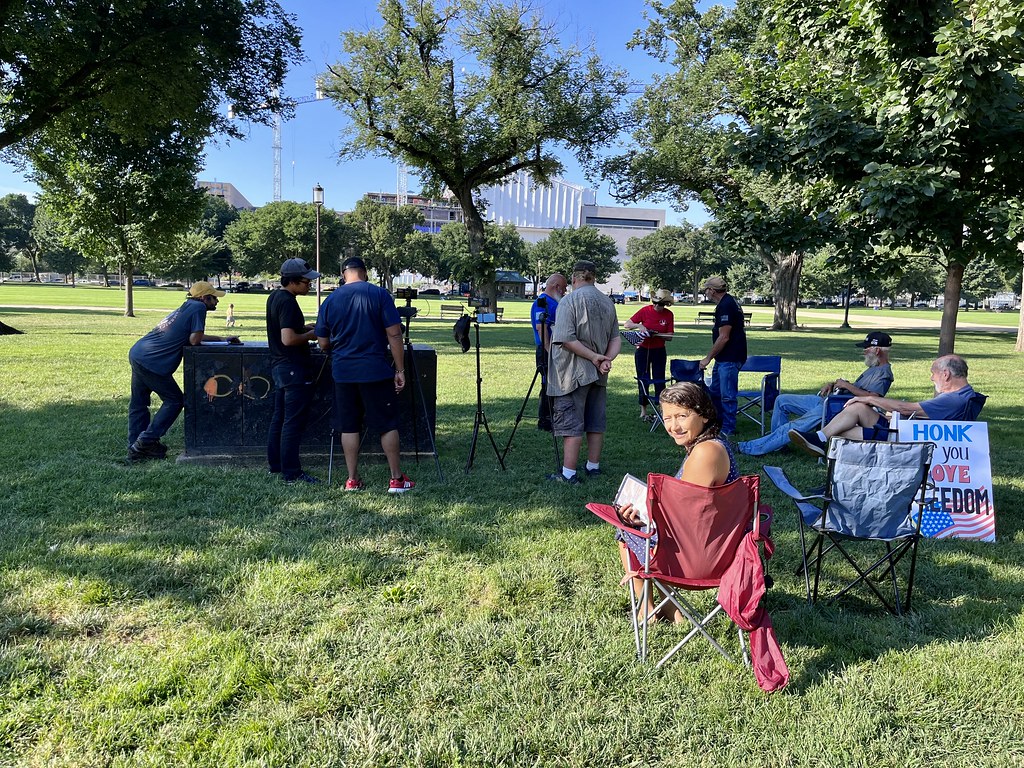 All cults end in death.

That was my assumption, prior to reading the excellent Cultish: The Language of Fanaticism by Amanda Montell.

Cults are defined by language, according to Montell, which only insiders can understand. Scientology has terminology like valence and thetan that is baffling to outsiders. This is by design, a secret knowledge that only cult members can access.

Language is also a way of identifying the elect. For example, right-wing groups refer to themselves as “Patriots.” Anyone who supports this movement to overthrow the government is a “Patriot” while anyone who opposes them is “Antifa.”

Calling yourself a “Patriot” makes anything possible, even attacking the Capitol. Or as “Patriots” might call it, a normal tourist visit.

Cultish also makes the point that there’s no such thing as brainwashing. There are age-old techniques at manipulation and peer pressure but even in Jonestown, not everyone drank the koolaid. Followers argued with Jim Jones, even after years of indoctrination by him. Some were forced into suicide while others ran off. People retained their free will.

Fortunately, most cults never reach this point. Most just fall apart due to their own internal splits. Followers don’t always follow.

This is the case of the 1776 Restoration Movement (1776RM), the rump descendent of the People’s Convoy. This small group, which briefly car-camped on the National Mall in the name of freedom, has recently shrunk even smaller.

The 1776 Restoration Movement has split into three factions:

On this blog, I have mocked the 1776ers for their fumbling attempts at treason. Watching them on YouTube, it seemed like the craziest, dumbest reality program ever.

Yet, if you look behind the drama of the livestreams, their lives are appallingly sad.

Before 1776RM, these were folks who had jobs, family and indoor toilets – all of which they have lost due to their association with the cult. Early on, cult leaders put out a call for people to sell everything and join them in the name of freedom – and some did.

One woman cashed out her 401K and quit her job to join the group; now she’s semi-homeless. There’s photos of another 1776er online, showing him happy and partying with friends; he now shambles alone through the woods, muttering to himself, like a live-streaming Sasquatch.

Others have been tangled up in legal complications for assaulting counter-protesters or seen their online reputations destroyed by association with the group.

And then there’s this very sad thread on Rose, kicked out of the cult, whereabouts unknown.

This is the wreckage of the 1776 Restoration Movement, a swirl of human flotsam left in the wake of this right-wing movement.

The people who joined this group were not brainwashed. They joined willingly. Most left months ago, for practical reasons or because they decided that the cult wasn’t for them.

The tattered remnants of 1776RM, who haunt the streets of DC with battered, flag-bedecked vehicles, can leave at any time. They retain their free will. All they have to do is turn their cars around and head home.

5 thoughts on “How Cults End: The 1776 Restoration Movement”